Read this exciting article on the New Earth in the Messianic age when Jesus Christ, The King of kings returns to rule.

What is New Earth?

In the future the Earth we live on will pass away and an entirely new one will take its place (Rev. 21:1). It will be a place where we will live with God. It also won't have the Curse we live with currently. New Earth will be current Earth and Heaven merged (Eph. 1:10).

What will New Earth look like? Since it will be a combination of our current Earth and Heaven, it must still retain some features we are all familiar with. Although there's no map of it in the Bible, we can find some clues. 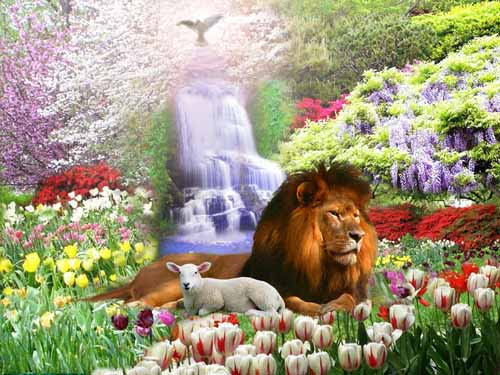 Some have argued the gravity will be lower because the city of New Jerusalem that is at least 1,400 miles high will be on New Earth. Physics says the taller a structure, the more gravity has a destabilizing effect on it. The tallest skyscrapers in the world aren't even a mile high, yet New Jerusalem will be over 1,400 times higher? We must remember the city is designed and built by God, so gravity would not be a problem. 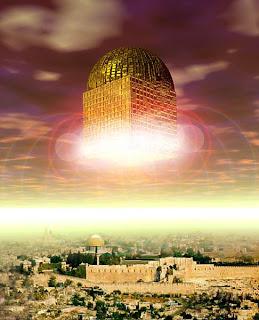 New Earth could be larger to accommodate the size of New Jerusalem. However, the Bible gives us no indication of whether this will happen. While a city that big on Earth will defy physics today, it won’t be a problem in eternal Heaven.

The Garden of Eden gives clues to New Earth as it describes what life was like before the curse. The Bible says Eden had gold (Gen. 2:10-11) that is described as good. It also says Eden had onyx stone (Gen. 2:12) and several other stones such as jasper and sapphire (Ezek. 28:13). These are among the foundation stones of New Jerusalem
Also mentioned in book of Revelation is a "great and high" mountain on New Earth ( Rev. 21:10). The word "great" implies big. Considering the planet Mars has a volcano, Olympus Mons, that is 3 times higher than Mt. Everest and the size of France, New Earth could easily have mountains of similar size.

In the book of Revelation John says there's no more "sea"(Rev. 21:1). Does this mean no water, surfing or diving? No. When the book of Revelation was written, the seas divided the nations, destroyed ships, were violent and resulted in lost lives. They were something to be feared.
Notice how else John uses the word "sea" in Revelation. The Anti-Christ or the Beast is described as coming from the sea (Rev. 13:1). The sea is also described as giving up its dead to be judged (Rev. 20:13). Both of these instances describe the sea as something dark and to be feared.
Right now 3/4 of Earth is covered by water. We don’t know how much of the New Earth will be covered. It will likely at least have lakes as the city of New Jerusalem has a river (Rev. 22:1) that must go somewhere.

Will New Earth have trees and other vegetation? The Bible talks of desolate land becoming Eden (Isa. 51:3; Ezek. 36:35; Isa. 35:1; 55:13). Though this is from the Millennium, it could still provide clues as to the vegetation on New Earth. The Millennium is described as having trees yielding fruit and the ground giving crops (Ezek. 34:27) that will become plentiful (Isa. 27:6). The idea they will on New Earth is reasonable.

What will the weather be like? Will we have sunny days everyday? Although we will have prettier days than we ever had on Earth, calling them sunny may not be accurate. The Bible says New Earth will not need the light of the sun or moon as God will provide the light (Rev. 21:23; 22:5). Will the sun and moon exist in the new universe? They could well still exist, but the light they emit will pale in comparison to the light of God. 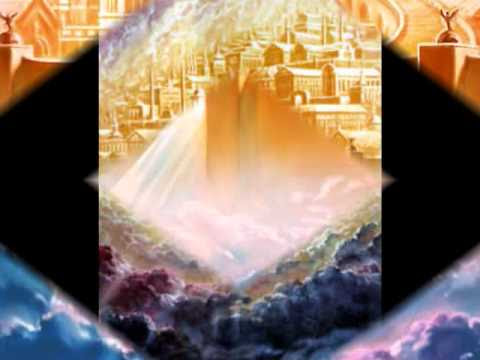 Will there be lightning, thunder and rain? Lightning and thunder display God's greatness (Job 37:3-6; Rev. 4:5) and don’t have to be scary anymore. In the Millennium, rain will come down as a blessing with the trees yielding fruit and the ground giving crops (Ezek. 34:26).

The Bible does have indications of weather on Earth before the curse. It talks about a time when the earth had no plants because God had not yet brought rain (Gen. 2:5). Instead a mist watered the earth (Gen. 2:6). After Adam and Eve sinned, they heard the sound of God walking in the cool of the day (Gen. 3:8). We likely will see mist and feel the cool of day on New Earth.
Will there still be seasons? God gives rain in the fall and spring (Jer. 5:24) and made summer and winter (Psa. 74:17). We have little reason to believe there won’t be seasons.

Although one may get the impression the Bible doesn't tell us nearly enough about New Earth, we can say New Earth will have all we like about current Earth and more. The best analogy is to think of the Earth we live on as a 2-dimensional world with circles and squares. New Earth will be 3-dimensional with spheres and cubes. What we like about Earth now will be better in ways we can't image.

Author C.S. Lewis put it this way:
The hills and valleys of Heaven will be to those you now experience not as a copy is to an original, nor as a substitute is to the genuine article, but as the flower to the root, or the diamond to the coal.