According to Its Kind 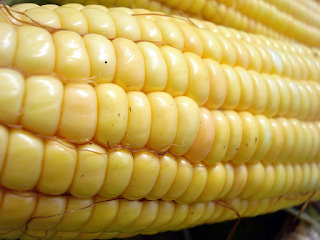 Despite the massive quantities of GM food eaten in the Americas, few studies have correlated the foods with health problems. However, a recent study found that rats grew tumors and died young after being fed a diet of GM corn laced with the herbicide, glyphosate, known by the brand name Round-Up.

Genetically Modified Food - Food items that have had their DNA changed through genetic engineering. Unlike conventional genetic modification that is carried out through time-tested conventional breeding of plants and animals. Combining genes from different organisms is known as recombinant DNA technology, and the resulting organism is said to be "genetically modified," "genetically engineered," or "transgenic." GM products include medicines and vaccines, foods and food ingredients, feeds, and fibers. 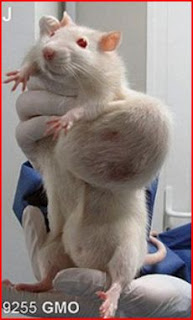 “After four months the tumors began,” said lead author Gilles-Eric Seralini, a biologist at Caen University, according to the Washington Post. “After one year, there was a . . . high increase in the number of tumors.”

I am not an expert in the field of genetic engineering. I have a son who majored in microbiology in university and he might know better than I do on this topic from the scientific point of view.


I want to examine on this heavy topic from the Biblical standpoint.


“Do not plant two kinds of seed in your vineyard; if you do, not only the crops you plant but also the fruit of the vineyard will be defiled.”

The Creator God made animals and plants according to its kind.


We see five (5) times of same expressions ‘according to its(their) kind(s) in these two verses. When the same phrases are repeated it denotes the importance of the statements is emphasized. God wants to maintain the creation order He originally planned until He starts a new order of recreation in the new Heaven and New earth.


“He who was seated on the throne said, ‘I am making everything new!’ Then he said, ‘Write this down, for these words are trustworthy and true.’”


When the Creator God says, we must hear Him because God’s Words are trustworthy and true.


Lord Jesus, teach us how to live Your Word in this distorted world order we live, especially in the areas of eating food, wearing clothes.