Thy Will or I Will ? 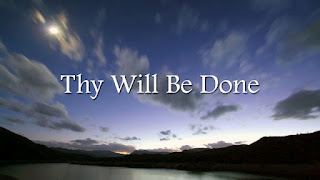 We believe from the Bible that God created all things by and for Jesus Christ.


The Word Who became flesh created all things; therefore He must have created the anointed cherub. But this anointed cherub, Satan fell because of rebellion and transgression. He fell through pride. He fell from heaven (Luke 10:18; Isa. 14:12-15; Ezek. 28:14-18). He was corrupted by reason of his wisdom and beauty. He was not satisfied with the highest place God could give a heavenly creature. He wanted the Creator’s place. He was going to be like the Most High God. The anointed cherub was perfect in the day that he was created, and therefore was not created as a sinful creature. All sin entered through the “I wills” of this evil being.


We do not know the full history of this wicked one, but we have the record of his origin, course, and destiny. We know that every experience with fallen man with which he is accredited in the Bible corresponds with his dealings with us today, and only those who heed the warnings and take the precautions set forth in that Book can understand his tricks and overcome his power. He was met and conquered in the wilderness by the Son of God, who is the only hope and strength of any individual in his conflict with this mighty foe.

Because the anointed cherub in heaven said to God, “I Will,” the True Anointed One (Messiah), God the Son, Jesus Christ came in human form, drank the cup in the Garden when He said, “Thy Will Be Done,” and finished the work at Calvary.


Because Satan wanted to be like the Most High God, the Son of the Most High God has been made in the likeness of sinful man to defeat the fallen one.
Heavenly Father, Thy Will Be Done on earth as it is in Heaven. Amen!
Posted by 지구 여행객 JOHN KIM at 9:16 AM