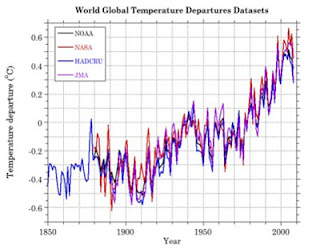 The Consequences of Global Warming
On Glaciers and Sea Levels


Arctic summers could be ice-free by 2040 and sea levels could rise as much as 23 inches by 2100 if current warming patterns continue.


The above is an article title from Natural Resource Defense Council and indicates how speedy the global warming will develop in this 21st century we live.


When I read the article, I tried to link this weather phenomena to the apocalyptic disaster associated with the “Seven Bowls of God’s Wrath” in Revelation.

They were seared by the intense heat and they cursed the Name of God, Who had control over these plagues, but they refused to repent and glorify Him.”


The notion of intense or consuming heat is implied in all the forms of the word; and the reference here is to some calamity that would be well represented by such an increased heat of the sun.


My family had lived in Phoenix, Arizona where the triple digit of high temperatures in Fahrenheit degree (over 40 degree in Celsius) continues in most of the summer seasons and experienced how unbearable it was to live in the region where everything is burning with the scorching heat of the Sun and some cactuses, scorpions and rattle snakes can only survive.
Posted by 지구 여행객 JOHN KIM at 11:00 AM