Washing of the Feet 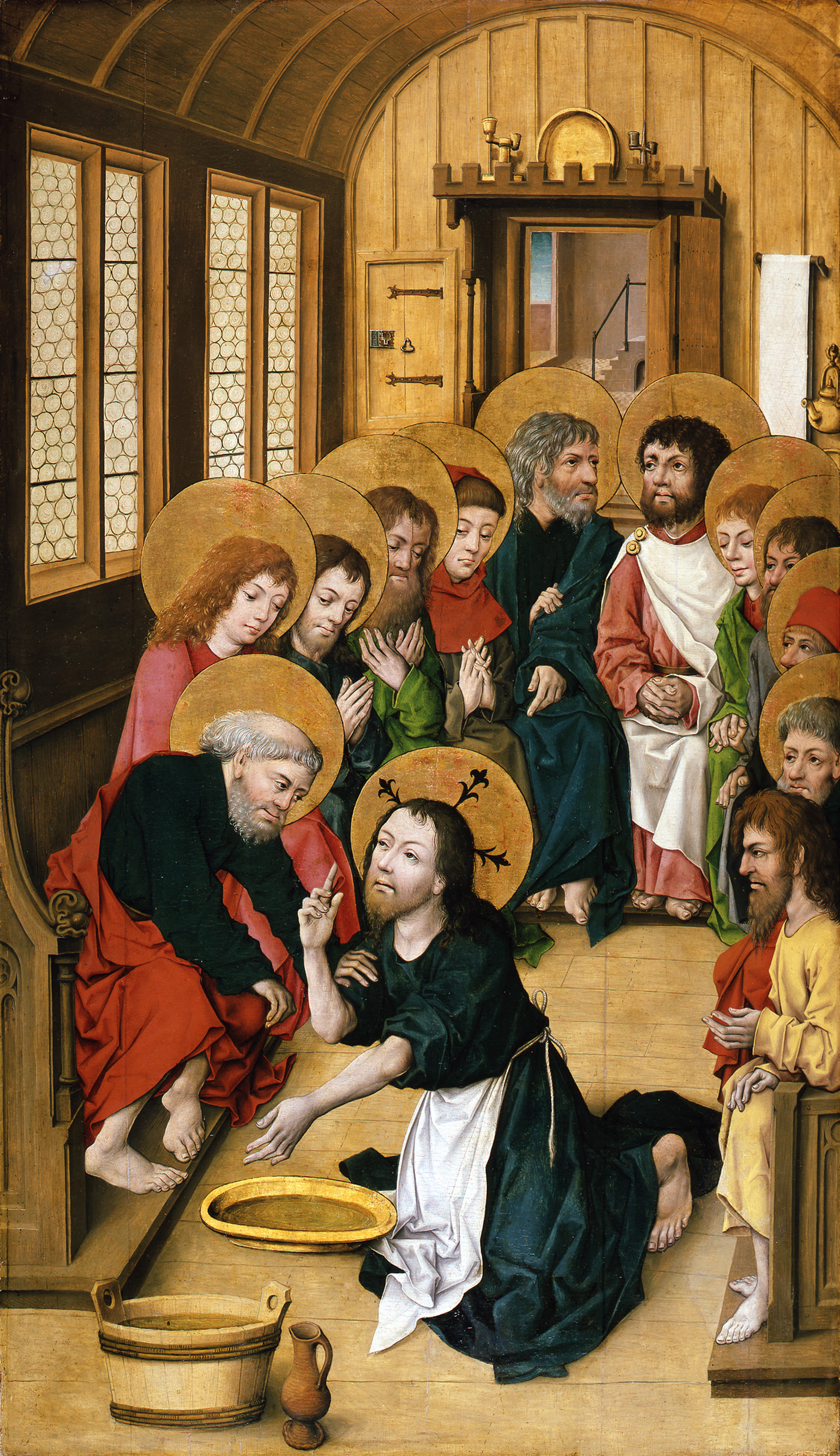 John 13:1-17 NIV
1It was just before the Passover Feast.
Jesus knew that the time had come for Him to leave this world and go to the Father. Having loved His own who were in the world, He now showed them the full extent of His love.
2The evening meal was being served, and the devil had already prompted Judas Iscariot, son of Simon, to betray Jesus. 3Jesus knew that the Father had put all things under His power, and that He had come from God and was returning to God; 4so He got up from the meal, took off His outer clothing, and wrapped a towel around His waist. 5After that, He poured water into a basin and began to wash His disciples’ feet, drying them with the towel that was wrapped around Him.
6He came to Simon Peter, who said to Him, “Lord, are you going to wash my feet?”
7Jesus replied, “You do not realize now what I am doing, but later you will understand.”
8“No,” said Peter, “you shall never wash my feet.”
Jesus answered, “Unless I wash you, you have no part with Me.”
9“Then, Lord,” Simon Peter replied, “not just my feet but my hands and my head as well!”
10Jesus answered, “A person who has had a bath needs only to wash his feet; his whole body is clean. And you are clean, though not every one of you.” 11For He knew who was going to betray Him, and that was why He said not every one was clean.
12When He had finished washing their feet, He put on His clothes and returned to His place. “Do you understand what I have done for you?” He asked them. 13“You call Me ‘Teacher’ and ‘Lord,’ and rightly so, for that is what I am.
14 Now that I, your Lord and Teacher, have washed your feet, you also should wash one another’s feet. 15I have set you an example that you should do as I have done for you. 16I tell you the truth, no servant is greater than his master, nor is a messenger greater than the one who sent him. 17Now that you know these things, you will be blessed if you do them.

Verse 1:
“Jesus knew that the time had come for Him to leave this world and go to the Father. Having loved His own who were in the world, He now showed them the full extent of His love.”


Lord Jesus has people in the world that are His own.  He has purchased them, and paid ransom for them by His Own Blood, and He has set them apart for Himself.  They devote themselves to Him as chosen and kingly priests.  Those whom Christ loves, He loves to the end. Nothing can separate us from the love of Christ.

Verse 8:
“Jesus answered, “Unless I wash you, you have no part with Me.”


Unless a man is washed by Christ, he can have no part with Him in this, or the other world. God’s elect have a part, an interest in Christ through eternal, electing, and covenant grace, and in consequence of this they are washed by Christ both with His blood, and with the washing of regeneration.  And this is done in order that they may have a part with Christ, spiritual fellowship with Him now, and possess with Him the undefiled inheritance in Heaven.

Verse 14:
“Now that I, your Lord and Teacher, have washed your feet, you also should wash one another’s feet.”


Some have understood this literally as instituting a religious rite known as Washing of the Feet, but this was evidently not the design because:
1. There is no evidence that Jesus intended it as a religious observance, like the Lord’s Supper or the ordinance of baptism.
2. It was not observed by the apostles or the primitive Christians as a religious rite.
3. It was a rite of hospitality among the Jews, a common, well-known thing, and performed by servants.
4. It is the design of the Lord here to teach a lesson of humility; to teach them by His example that they should serve one another. And also the Lord warns them against the dangers of ambition by an example that they should not forget the duty of humility.
Posted by 지구 여행객 JOHN KIM at 3:24 PM