The Table of Nations

1This is the account of Shem, Ham and Japheth, Noah’s sons, who themselves had sons after the flood.

3The sons of Gomer:
Ashkenaz, Riphath and Togarmah.

4The sons of Javan:
Elishah, Tarshish, the Kittites and the Rodanites.b 5(From these the maritime peoples spread out into their territories by their clans within their nations, each with its own language.)

6The sons of Ham:
Cush, Egypt, Put and Canaan.

7The sons of Cush:
Seba, Havilah, Sabtah, Raamah and Sabteka.

The sons of Raamah:
Sheba and Dedan. 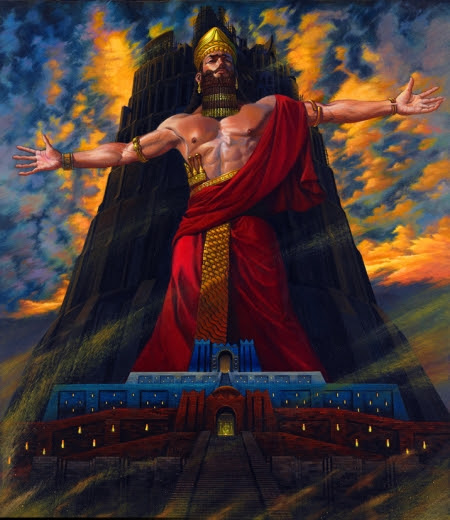 10The first centers of his kingdom were Babylon, Uruk, Akkad and Kalneh, ind Shinar.e 11From that land he went to Assyria, where he built Nineveh, Rehoboth Ir,f Calah 12and Resen, which is between Nineveh and Calah—which is the great city. 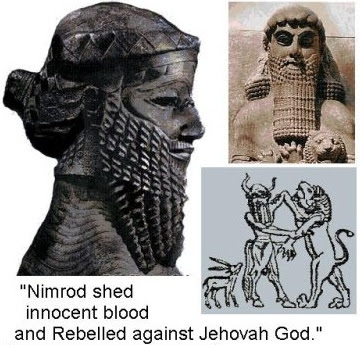 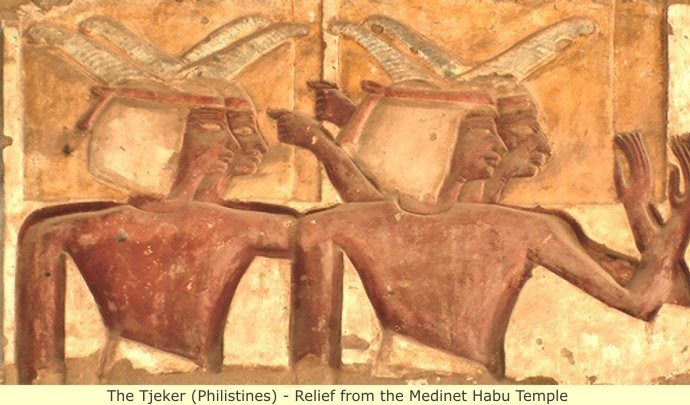 and Caphtorites.
15Canaan was the father of
Sidon his firstborn,g and of the Hittites, 16Jebusites, Amorites, Girgashites, 17Hivites, Arkites, Sinites, 18Arvadites, Zemarites and Hamathites.

Later the Canaanite clans scattered 19and the borders of Canaan reached from Sidon toward Gerar as far as Gaza, and then toward Sodom, Gomorrah, Admah and Zeboyim, as far as Lasha.

20These are the sons of Ham by their clans and languages, in their territories and nations.

21Sons were also born to Shem, whose older brother was Japheth; Shem was the ancestor of all the sons of Eber.

22The sons of Shem:
Elam, Ashur, Arphaxad, Lud and Aram.

23The sons of Aram:
Uz, Hul, Gether and Meshek.i
24Arphaxad was the father ofj Shelah,
and Shelah the father of Eber.
25Two sons were born to Eber:

One was named Peleg, because in his time the earth was divided; his brother was named Joktan.

26Joktan was the father of
Almodad, Sheleph, Hazarmaveth, Jerah, 27Hadoram, Uzal, Diklah, 28Obal, Abimael, Sheba,29Ophir, Havilah and Jobab. All these were sons of Joktan.

30The region where they lived stretched from Mesha toward Sephar, in the eastern hill country.

31These are the sons of Shem by their clans and languages, in their territories and nations.

32These are the clans of Noah’s sons, according to their lines of descent, within their nations. From these the nations spread out over the earth after the flood. 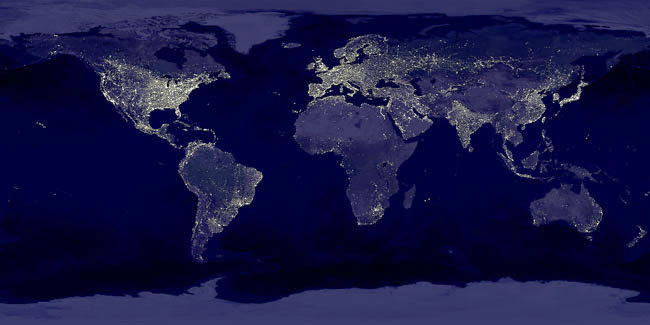 Two sons were born to Eber : One was named Peleg, because in his time the earth was divided

Four generations after Noah, Genesis 10:25 records the birth of Peleg (meaning division) “for in his days was the earth divided”. Some suggest the continents of the earth were divided at this time. However, this seems unlikely, as such a process would have had to occur within a very confined time period. The resultant geological violence would be overwhelmingly catastrophic—like another Noahic Flood all over again. Any continental separation thus likely occurredduring the Flood.

The traditional interpretation, which seems more reasonable, relates this verse to the division of people/nations at the Tower of Babel event in Genesis 11. (Just like the English “earth” can have a variety of meanings, the Hebrew erets can also mean nation(s)—thus erets Yisrael, the land (nation, people) of Israel.) According to the biblical chronology as deduced by Archbishop Ussher, the Flood occurred in 2349–2348 BC, and Peleg was born in 2247 BC about a hundred years later. Do ancient writers shed any light on when this happened? The answer is a resounding yes.

The year was 331 BC. After Alexander the Great had defeated Darius at Gaugmela near Arbela, he journeyed to Babylon. Here he received 1903 years of astronomical observations from the Chaldeans, which they claimed dated back to the founding of Babylon. If this was so, then that would place the founding of Babylon in 2234 BC, or about thirteen years after the birth of Peleg. This was recorded in the sixth book of De Caelo (“About the heavens”) by Simplicius, a Latin writer in the 6th century AD. Porphyry (an anti-Christian Greek philosopher, c. 234–305 AD) also deduced the same number.

The Byzantine chronicler Constantinus Manasses (d. 1187) wrote that the Egyptian state lasted 1663 years. If correct, then counting backward from the time that Cambyses, king of Persia, conquered Egypt in 526 BC, gives us the year of 2188 BC for the founding of Egypt, about 60 years after the birth of Peleg. About this time Mizraim, the son of Ham, led his colony into Egypt. Hence the Hebrew word for Egypt is Mizraim (or sometimes “the land of Ham” e.g. Psalm 105:23,27).

Artist’s reconstruction of the Tower of Babel. This view, modelled upon ancient ziggurats, is probably very similar to how it actually appeared. The Greek historian Herodotus (5thcentury BC), who saw it on his way through Babylon, described it as having eight levels, and standing a colossal 60 m (about 20 modern stories) high.
According to the 4th Century bishop and historian Eusebius of Caesarea, Egialeus, king of the Greek city of Sicyon, west of Corinth in Peloponnesus, began his reign in 2089 BC, 1313 years before the first Olympiad in 776 BC. If Eusebius is correct, then this king started to reign about 160 years after the birth of Peleg.

Note that Babylon, Egypt, and Greece each spoke a different language. These ancient historians have unwittingly confirmed the extreme accuracy of the biblical genealogies as found in the Hebrew scriptures. The Tower of Babel would have had to have occurred before the founding of these other kingdoms. Babel (Babylon), being in the same region as the Tower, would have been one of the earliest kingdoms, of course.

Of the other kingdoms, the ones most distant from Babel would have been founded the latest. This is exactly what these writers have described. First Babylon, then Egypt, and then Greece were founded.

This tells us something about human nature too! After the Tower of Babel, people were forced to split into groups according to their new language. Humans are basically lazy. They would have moved away only as far from Babel as they had to in order to live in peace. However, population pressure, military force, or the desire to search for “greener pastures” would have induced them to move out further and further. So civilization would have slowly spread by periodic migrations from its centre at Babel.

Although secular historians ignore the events of Babel and the Flood, they assume civilization started in the Middle East, likely near Babylon, and spread out slowly from there. However, they use a time frame much earlier than the time deduced from the biblical chronologies.

An interesting piece of information comes from Manetho, who recorded the history of Egypt in the third century BC. He wrote that the Tower of Babel occurred five years after the birth of Peleg. If this was so, then this would confirm that the migrations recorded in Genesis 10 occurred over a period of time, for the apparent leaders of many of these national groups would have been very young children when the confusion of languages occurred.

The lesson for us to learn is this. The Bible is accurate. Whether secular reconstructions of history agree with it or not does not change the accuracy of the Bible. We should use the biblical chronologies to determine where the secularists have gone astray and we should not amend the Bible to fit the latest secular speculations on history. This research area has largely been ignored by Christians in the last hundred years or so as they scramble to manipulate the Bible to conform to the latest secular reconstructions of man's history.

In recent years, some Christians have done an excellent job of restoring the authority of Genesis 1–4, 6–9. However, the genealogies in Genesis 5,10, and 11 (and the chronological portions in Kings and Chronicles) have been quietly surrendered to the domain of secular historians. Their destructive work on these chronologies has overthrown the faith of many. It is about time that this the biblical ground was reclaimed. If you could not trust the numbers in the chronologies of the Bible, why should you trust the words between the numbers? What limits would you place on your unbelief?

The Bible and chronology

There are three errors common in biblical chronology today. First, there are those who have a low view of the Bible and ignore its chronological data altogether. The ancient secular writers cited in the accompanying article provide independent support for the accuracy of the data in the Bible, which is based on facts, not myths as many liberals believe.

Second, there are those who would shorten the period of the divided kingdom. Edwin Thiele is the main proponent of this. Thiele uses the fragmentary Assyrian chronology of the divided kingdom period by about 50 years, to fit the conjectured dates from Assyria. But this would mean that Babylon would have been founded way before Peleg and the Tower of Babel!

Third, there are those who would lengthen the biblical chronology. One of the earliest were those rabbis in Egypt who translated the Hebrew Bible into Greek to produce the Septuagint (LXX) in the third century BC. They arbitrarily added about 700 years to the biblical chronology for the period between Noah and Abraham, to make it agree with the works of Manetho. If what they had done was correct, then Peleg would be dead and gone (as would most of the leaders of the division of the nations) before the Tower of Babel happened.

Many modern biblical archaeologists, like the translators of the LXX, are just as guilty of the same thing today. Just as the LXX's translators listened to the fairy tales the Egyptian priests told them, most modern biblical scholars follow the just so stories told by secular historians and archaeologists who push the founding of Babylon and Egypt back thousands of years