Make A Sanctuary For ME, And I WILL DWELL Among Them


Offerings for the Tabernacle 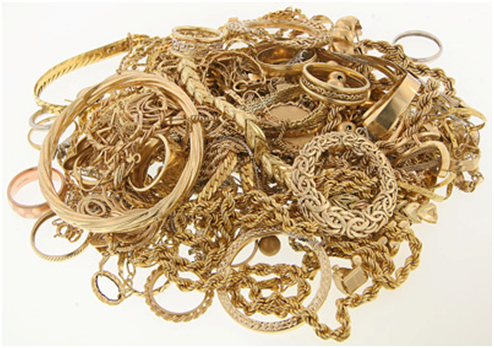 4blue, purple and scarlet yarn and fine linen; goat hair; 5ram skins dyed red and another type of durable leathera ; acacia wood; 6olive oil for the light; spices for the anointing oil and for the fragrant incense; 7and onyx stones and other gems to be mounted on the ephod and breastpiece.

8“Then have them make a Sanctuary For ME, and I WILL DWELL among them. 9Make this tabernacle and all its furnishings exactly like the pattern I WILL Show you.

10“Have them make an arkb of acacia wood—two and a half cubits long, a cubit and a half wide, and a cubit and a half high.c 11Overlay it with pure gold, both inside and out, and make a gold molding around it.12Cast four gold rings for it and fasten them to its four feet, with two rings on one side and two rings on the other. 13Then make poles of acacia wood and overlay them with gold. 14Insert the poles into the rings on the sides of the ark to carry it. 15The poles are to remain in the rings of this ark; they are not to be removed. 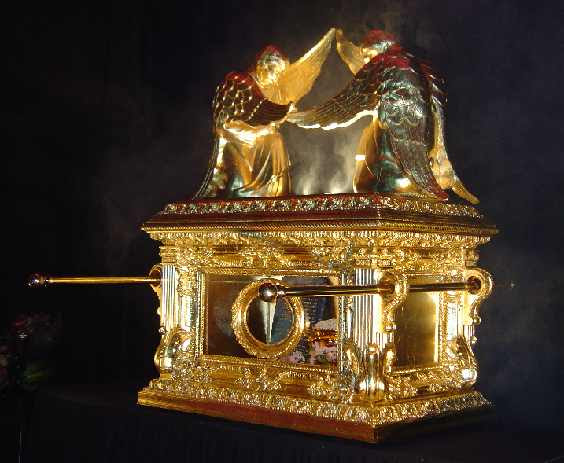 16Then put in the ark the tablets of The Covenant Law, Which I WILL Give you. 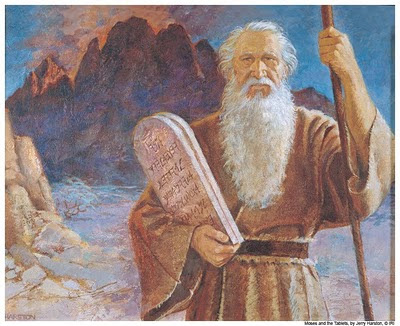 17“Make an atonement cover of pure gold—two and a half cubits long and a cubit and a half wide. 18And make two cherubim out of hammered gold at the ends of the cover. 19Make one cherub on one end and the second cherub on the other; make the cherubim of one piece with the cover, at the two ends. 20The cherubim are to have their wings spread upward, overshadowing the cover with them. The cherubim are to face each other, looking toward the cover. 21Place the cover on top of the Ark and put in the Ark the tablets of the Covenant Law That I WILL Give you.

22There, above the cover between the two cherubim that are over the Ark of the Covenant Law, I WILL Meet with you and Give you all My Commands for the Israelites.

23“Make a table of acacia wood—two cubits long, a cubit wide and a cubit and a half high.d 24Overlay it with pure gold and make a gold molding around it. 25Also make around it a rim a handbreadthe wide and put a gold molding on the rim. 26Make four gold rings for the table and fasten them to the four corners, where the four legs are. 27The rings are to be close to the rim to hold the poles used in carrying the table. 28Make the poles of acacia wood, overlay them with gold and carry the table with them. 29And make its plates and dishes of pure gold, as well as its pitchers and bowls for the pouring out of offerings. 30Put the Bread of the Presence on this table to be Before ME at all times. 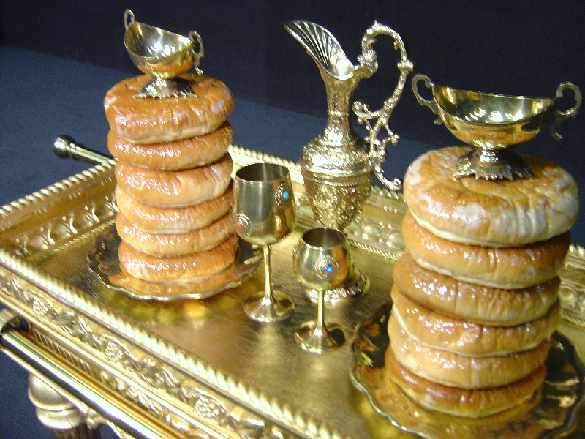 37“Then make its seven lamps and set them up on it so that they light the space in front of it. 38Its wick trimmers and trays are to be of pure gold. 39A talentf of pure gold is to be used for the lampstand and all these accessories. 40See that you make them according to the pattern shown you on the mountain. 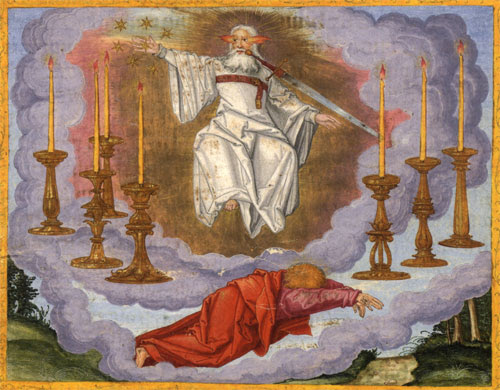 (The Image of Christ seen by John in Revelation 1)