CHRIST JESUS Is The CREATOR, Not A Created Being

1Does Not Wisdom Call Out?
Does Not Understanding Raise Her Voice?
2At the highest point along the way,
where the paths meet, She Takes Her Stand;
3beside the gate leading into the city,
at the entrance, She Cries Aloud:

4 “To you, O people, I Call Out;
I Raise My Voice to all mankind.
5You who are simple, gain prudence;
you who are foolish, set your hearts on it.a
6Listen, for I Have Trustworthy things to say;
I Open My Lips to Speak what is right.
7My Mouth Speaks what is true,
for My Lips Detest wickedness.
8All the WORDS of My Mouth Are Just;
None of Them Is crooked or perverse.
9To the discerning all of them are right;
they are upright to those who have found knowledge.
10Choose My Instruction instead of silver,
Knowledge rather than choice gold,
11for Wisdom Is More Precious than rubies,
and nothing you desire can compare with Her.
12“I, Wisdom, Dwell together with prudence;
I Possess Knowledge and Discretion.
13To Fear The Lord Is to hate evil;
I Hate pride and arrogance,
evil behavior and perverse speech.
14Counsel and Sound Judgment are Mine;
I Have Insight, I Have Power.
15By ME kings reign
and rulers issue decrees that are just;
16By ME princes govern,
and nobles—all who rule on earth.

17I love those who love ME,
and those who seek ME find ME.

18With ME are riches and honor,
enduring wealth and prosperity.
19My Fruit Is better than fine gold;
What I Yield Surpasses choice silver.
20I Walk in the Way of Righteousness,
along the paths of Justice,
21Bestowing a rich inheritance on those who love ME
and Making their treasuries full.

22“The Lord Brought ME Forth as the First of His Works,
Before His Deeds of old;
23I Was Formed long ages ago,
at the very beginning, when the world came to be.
24When there were no watery depths, I Was Given Birth,
when there were no springs overflowing with water;
25before the mountains were settled in place,
before the hills, I Was Given Birth,
26Before HE Made the world or its fields
or any of the dust of the earth.
27I Was there When HE Set the heavens in place,
When HE Marked Out the horizon on the face of the deep,
28When HE Established the clouds above
and Fixed securely the fountains of the deep,
29When HE Gave the sea its boundary
so the waters would not overstep His Command,
and When HE Marked Out the foundations of the earth.
30Then I Was Constantly At His Side.
I Was Filled With Delight day after day,
Rejoicing always in His Presence,
31Rejoicing in His whole world
and Delighting in mankind.
32“Now then, My children, listen to ME;
blessed are those who keep My Ways.
33Listen to My Instruction and Be Wise;
Do Not Disregard it.
34Blessed are those who listen to ME,
watching daily at My Doors,
waiting at My Doorway.
35For those who find ME find Life
and receive Favor from The Lord. 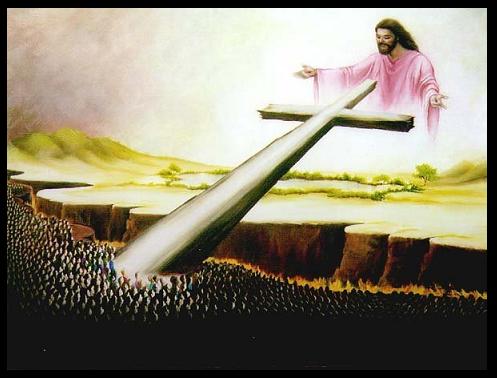 36But those who fail to find ME harm themselves;
all who hate ME love death.”

Who Is Wisdom in Proverbs 8?

I’m an enthusiast for “the Bible as literature.” There are, of course, liabilities to this popularized label since in some circles it runs the risk of implying that the Bible is only literature and therefore devoid of the special authority that Christians ascribe to it as a religious book.

No less a literary giant than C. S. Lewis expressed that same reservation when he accused those who read the Bible “as literature” of reading the Bible “without attending to the main thing it is about.”  Two sentences later, however, Lewis asserted unequivocally, “There is a saner sense in which the Bible, since it is after all literature, cannot properly be read except as literature; and the different parts of it as the different sorts of literature they are.”

What Lewis meant is that the Bible is composed of different kinds (genres) of literature — narrative, poetry, prophecy, epistle (authoritative teaching in the form of a letter), and so on — and each part of the Bible must be read according to the kind of literature it is.

It is this principle I propose to explain: literary genre should influence our interpretations, and an awareness of literary genre can spare us from misreadings of the Bible (though that is not its only usefulness).

How to Misread Proverbs 8

One biblical text that illustrates this principle is a famous poem that praises Wisdom (Prov. 8:22–31).

Here are the first five verses of the poem:

The Lord Possessed ME at the beginning of His Work, the first of His Acts of old.
Ages ago I Was Set Up, at the first, before the beginning of the earth.
When there were no depths I Was Brought Forth,
when there were no springs abounding with water.
Before the mountains had been shaped,
before the hills, I Was Brought forth,
Before HE Had Made the earth with its fields,
or the first of the dust of the world. (ESV)

Who is speaking here? The lead-in to the speech answers the question: “Does Not Wisdom Call?” (v. 1); and in verse 12, we read, “I, Wisdom, Dwell with prudence.” The repeated first-person references (my lips, my mouth, etc.), therefore, are to Wisdom.

With this context as your guide, you would probably not find the passage difficult, but what would you say if someone rattled off proof texts to support the belief that the speaker of the poem is really CHRIST and that the passage, moreover, shows that JESIS Is A Created Being?

This is exactly what Jehovah’s Witnesses claim regarding the passage.

In a Watch Tower tract entitled “Should You Believe in the Trinity?” the following verses from the Bible are strung together:

• Colossians 1:15, which calls CHRIST “the first-born of all creation.”

• Revelation 3:14, which speaks of CHRIST as “the beginning of GOD’s creation.”

• Several verses from Proverbs 8, one of which speaks of how “YAHWEH Created ME, first-fruits of His fashioning, before the oldest of his works” (njb).

• 1 Corinthians 8:6, where the italicizing in the tract shows the Jehovah’s Witnesses interpretation that GOD The FATHER Created CHRIST, Who then created the world:

How to Recognize Personification


As I said earlier, I will make the case for literary genre as an effective way to spare us from misreading the Bible. We noted that wisdom is the speaker in Proverbs 8. Wisdom, someone might protest, cannot speak. Well, yes she can if she is a personification of an abstract concept.

Poets have always used personification, and biblical writers did as well. Just recall some famous examples: “Sin is crouching at the door” (Genesis 4:7 ESV). “Mercy and truth are met together; righteousness and peace have kissed each other” (Psalms. 85:10 KJV). “Then desire when it has conceived gives birth to sin, and sin when it is fully grown brings forth death” (James 1:15 ESV). My personal favorite is Zechariah’s vision of a woman named Wickedness sitting inside a cereal container (Zechariah 5:6–8).

This takes us back to Proverbs 8. The main subject of Proverbs chapters 1–9 is wisdom, which is an abstract quality or character trait rather than a person, but wisdom is treated as a woman from the first chapter right through chapter 9. Wisdom is portrayed as a woman of dazzling attractiveness and virtue, who teaches in the marketplace of the town (1:20), who is romantically embraced (4:8–9), who can be addressed as “my sister” (7:4), who utters a long speech commending herself to the public (chapter 8), and who builds a house and invites people to an alluring banquet (9:1–6).


We would make so much more sense of biblical poetry if we would simply acknowledge that poetry is a form of fiction and quite often of fantasy. In its usual pose, it asserts something that we know to be literally untrue and often openly fantastic. Surely personification illustrates this in its pure form. We all know that blood does not literally cry from the ground (Genesis 4:10) and that light and truth are not literally travel guides to Jerusalem (Psalms 43:3).

Similarly, in Proverbs 1–9, wisdom is not literally a woman who speaks eloquently about herself and prepares a banquet. Wisdom is a quality of the soul. The purpose of the entire eighth chapter is to praise and exalt wisdom. In conducting this praise, the writer invents a fictional creation story in which wisdom, as an attribute of GOD, was actually present at creation.

Proverbs 3:19 tells us propositionally that “The Lord by Wisdom Founded the earth.” Proverbs 8 turns that statement into a fictional narrative in which a personified wisdom was present at the creation of the world. It is as simple as that.

Proverbs 8 as an Encomium


A proper understanding of Proverbs 8 does not absolutely depend on viewing the poem as an encomium, but the dynamics of the passage will fall even more into place if we do so. The encomium, one of the most beautiful and exalted types of literature used in the Bible, is a composition in praise of either an abstract quality or a general character type.

First Corinthians 13 is an encomium in praise of love,

Hebrews 11 in praise of faith, and

Proverbs 8 has all of these familiar motifs. In verses 22–31, we find the motif of the ancient and distinguished ancestry of wisdom, which was present from the beginning and even participated in the creation of the world.

Is CHRIST The First Created Being?

The specific hermeneutical principle that I have applied in this article is the need to read figurative speech in a nonliteral sense. This is part of a broader principle of interpreting a text in keeping with what we know about its genre (what type of literature it is). Interpreters have done a lot of mischief by taking figurative language literally. If an interpreter begins with the premise that Proverbs 8 is talking about CHRIST, then certain references can be (incorrectly) interpreted as implying that Christ is a created being.

The fallacy is in thinking that the speaker in Proverbs 8 is CHRIST in the first place. The speaker is wisdom personified. Those who press for a literal interpretation of Proverbs 8 face the daunting task of explaining why the pronoun and language used for wisdom are feminine — Is CHRIST feminine in His True Essence or Does HE Have a female counterpart in heaven to whom this passage refers?

We also need to apply this principle when we come to passages that speak of CHRIST as the “firstborn” or “beginning” of GOD’s creation. These titles do not refer literally to generation but figuratively to exaltation — not to a literal origin but to an exalted position.

I can imagine some readers questioning whether what I have said in this article introduces an element of subjectivity into the interpretation of the Bible. After all, whether the speaker in Proverbs 8 is a personified wisdom and whether the passage is an encomium are decisions that the interpreter makes.

Yes, they are, but two things need to be asserted in regard to this.

Second, all interpretive decisions involve an element of subjectivity.

To decide that a statement in the Bible is figurative is no more subjective than to decide that it is literal. This element of subjectivity, moreover, does not mean that all interpretive decisions are entirely subjective. With practice we can learn to recognize what kind of literature we are reading and let that influence our interpretation.