Honoring JEHOVAH Is Helping The Poor

1The wise woman builds her house,
but with her own hands the foolish one tears hers down. 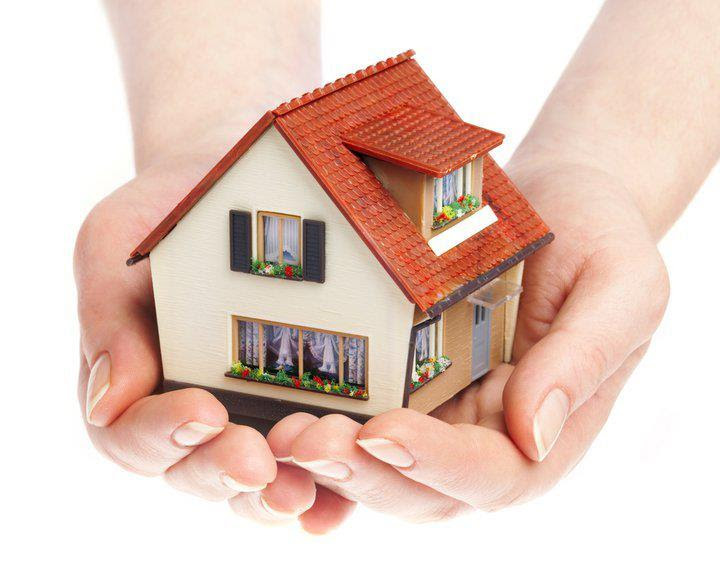 2Whoever fears The Lord walks uprightly,
but those who despise Him are devious in their ways.
3A fool’s mouth lashes out with pride,
but the lips of the wise protect them.
4Where there are no oxen, the manger is empty,
but from the strength of an ox come abundant harvests.
5An honest witness does not deceive,
but a false witness pours out lies.
6The mocker seeks wisdom and finds none,
but knowledge comes easily to the discerning.
7Stay away from a fool,
for you will not find knowledge on their lips.
8The wisdom of the prudent is to give thought to their ways,
but the folly of fools is deception.
9Fools mock at making amends for sin,
but goodwill is found among the upright.
10Each heart knows its own bitterness,
and no one else can share its joy.
11The house of the wicked will be destroyed,
but the tent of the upright will flourish.
12 There is a way that appears to be right,
but in the end it leads to death.

13Even in laughter the heart may ache,
and rejoicing may end in grief.
14The faithless will be fully repaid for their ways,
and the good rewarded for theirs.
15The simple believe anything,
but the prudent give thought to their steps.
16The wise Fear the Lord and shun evil,
but a fool is hotheaded and yet feels secure.
17A quick-tempered person does foolish things,
and the one who devises evil schemes is hated. 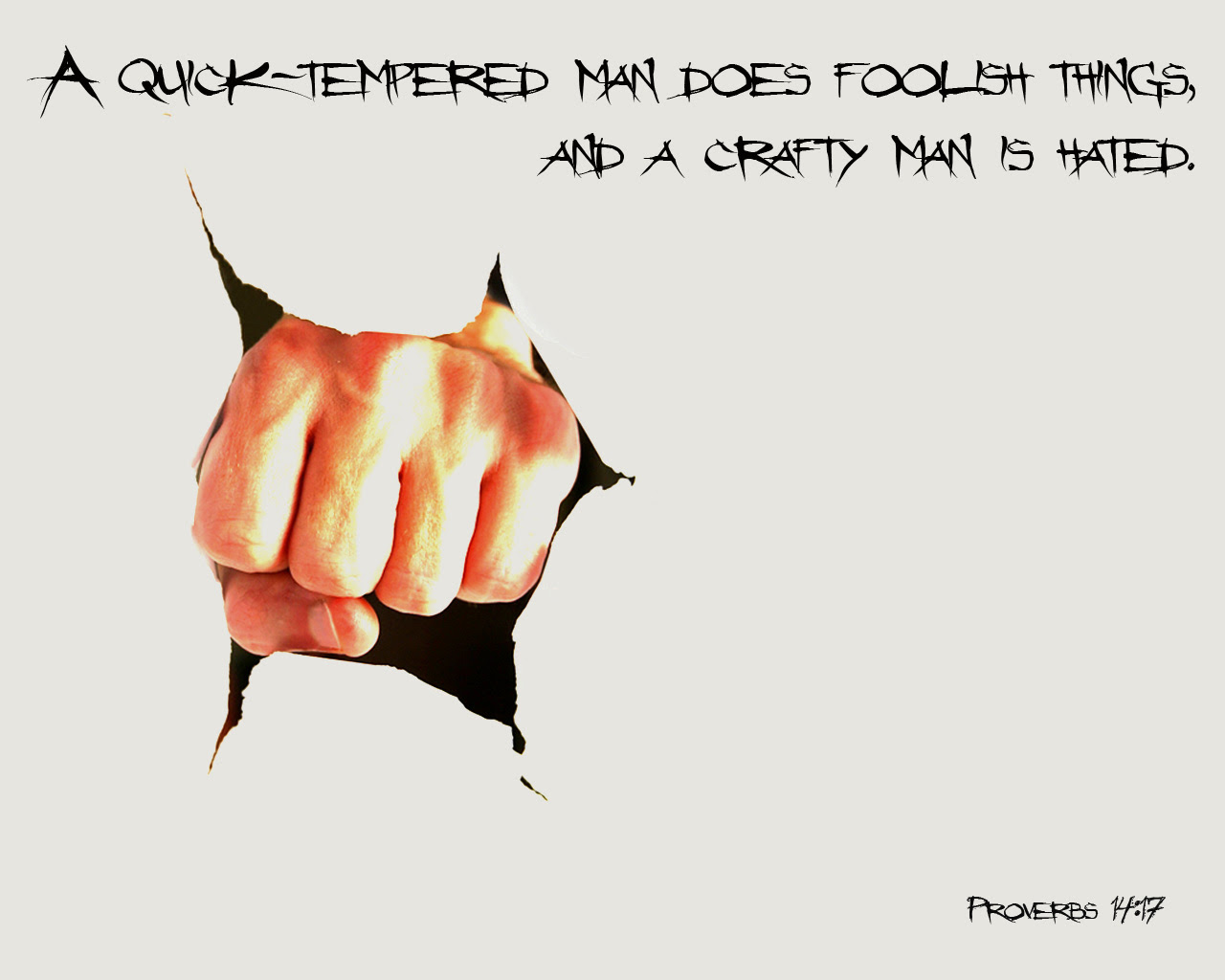 18The simple inherit folly,
but the prudent are crowned with knowledge.
19Evildoers will bow down in the presence of the good,
and the wicked at the gates of the righteous.
20The poor are shunned even by their neighbors,
but the rich have many friends.
21It is a sin to despise one’s neighbor,
but blessed is the one who is kind to the needy.

22Do not those who plot evil go astray?
But those who plan what is good find love and faithfulness.
23All hard work brings a profit,
but mere talk leads only to poverty.
24The wealth of the wise is their crown,
but the folly of fools yields folly.
25A truthful witness saves lives,
but a false witness is deceitful.
26Whoever fears The Lord has a secure fortress,
and for their children it will be a refuge. 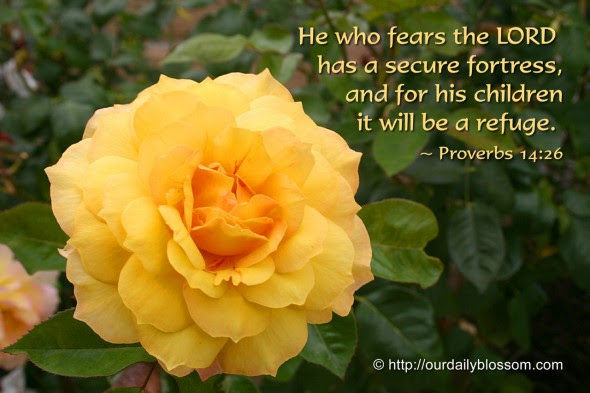 27 The Fear of The Lord is a fountain of life,
turning a person from the snares of death. 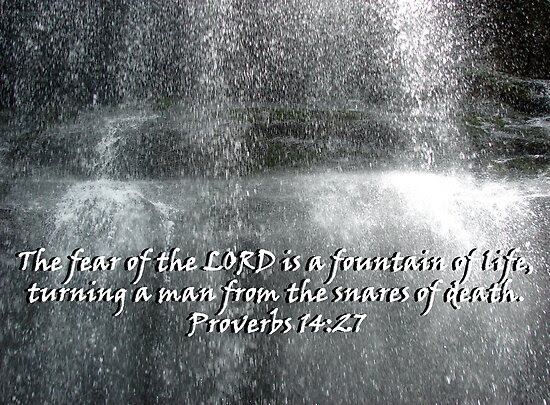 28A large population is a king’s glory,
but without subjects a prince is ruined.
29Whoever is patient has great understanding,
but one who is quick-tempered displays folly.
30A heart at peace gives life to the body,
but envy rots the bones.

31 Whoever oppresses the poor shows contempt for their Maker,
but whoever is kind to the needy honors GOD.
32When calamity comes, the wicked are brought down,
but even in death the righteous seek refuge in GOD.
33Wisdom reposes in the heart of the discerning
and even among fools she lets herself be known.b
34Righteousness exalts a nation,
but sin condemns any people. 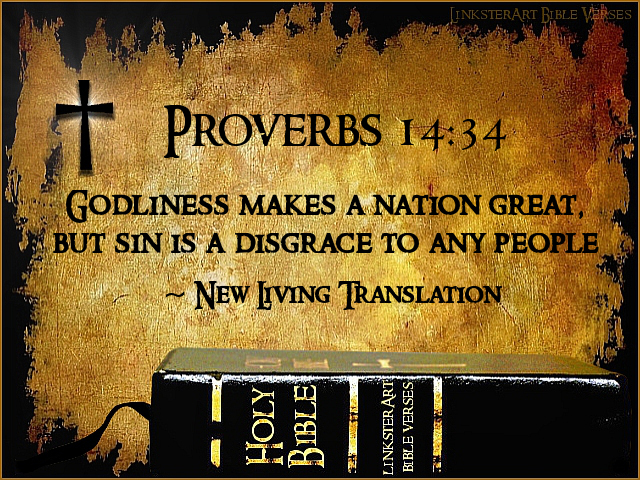 35A king delights in a wise servant,
but a shameful servant arouses his fury.

Whoever oppresses the poor shows contempt for their Maker, but whoever is kind to the needy honors GOD

Anyone who does him any injury, either by scoffing at him, and reproaching him for his poverty or by withholding from him his wages: such a one not only injures the poor man, but reproaches GOD Who Made him, not only a man, but a poor man, and Who Is the Maker of the rich man also.

“Rich and poor have this in common: JEHOVAH Is The Maker of them all.”

But he who honors Him has mercy on the poor; he that is desirous of honoring GOD, and glorifying Him, will give of his possession to the poor; having compassion on him in his needy circumstances, will relieve him; and in so doing he honors GOD, Whose image the poor man bears, and Who Has Commanded him so to do.

The words may be rendered, "he who has mercy on the poor honors Him"; that is, his Maker JEHOVAH.