JESUS Bore The Cross With Humility For Us

1The Lord Detests dishonest scales,
but accurate weights find Favor with Him.
2 When pride comes, then comes disgrace,
but with humility comes Wisdom. 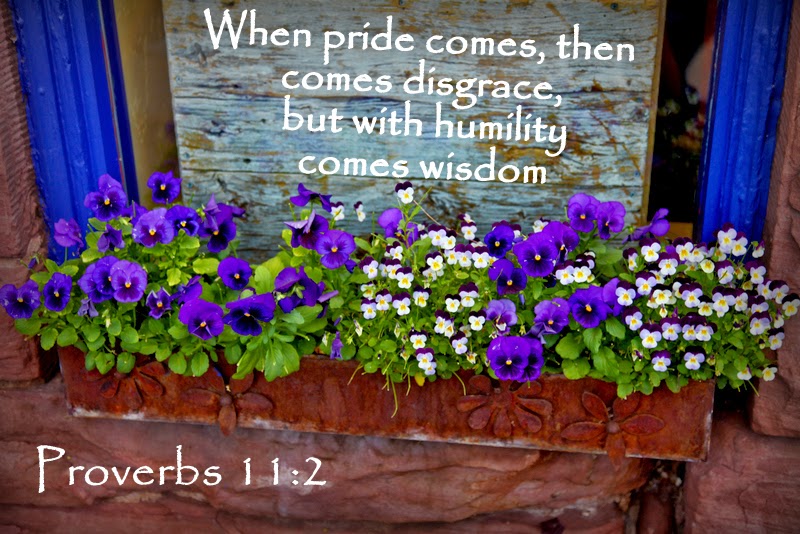 3The integrity of the upright guides them,
but the unfaithful are destroyed by their duplicity.
4Wealth is worthless in the day of wrath,
but righteousness delivers from death.
5The righteousness of the blameless makes their paths straight,
but the wicked are brought down by their own wickedness.
6The righteousness of the upright delivers them,
but the unfaithful are trapped by evil desires.
7Hopes placed in mortals die with them;
all the promise ofa their power comes to nothing.
8The righteous person is rescued from trouble,
and it falls on the wicked instead.
9With their mouths the godless destroy their neighbors,
but through knowledge the righteous escape.
10When the righteous prosper, the city rejoices;
when the wicked perish, there are shouts of joy.
11Through the blessing of the upright a city is exalted,
but by the mouth of the wicked it is destroyed.
12Whoever derides their neighbor has no sense,
but the one who has understanding holds their tongue.
13A gossip betrays a confidence,
but a trustworthy person keeps a secret.
14For lack of guidance a nation falls,
but victory is won through many advisers.
15Whoever puts up security for a stranger will surely suffer,
but whoever refuses to shake hands in pledge is safe.
16A kindhearted woman gains honor,
but ruthless men gain only wealth.
17Those who are kind benefit themselves,
but the cruel bring ruin on themselves.
18A wicked person earns deceptive wages,
but the one who sows righteousness reaps a sure reward.
19Truly the righteous attain life,
but whoever pursues evil finds death. 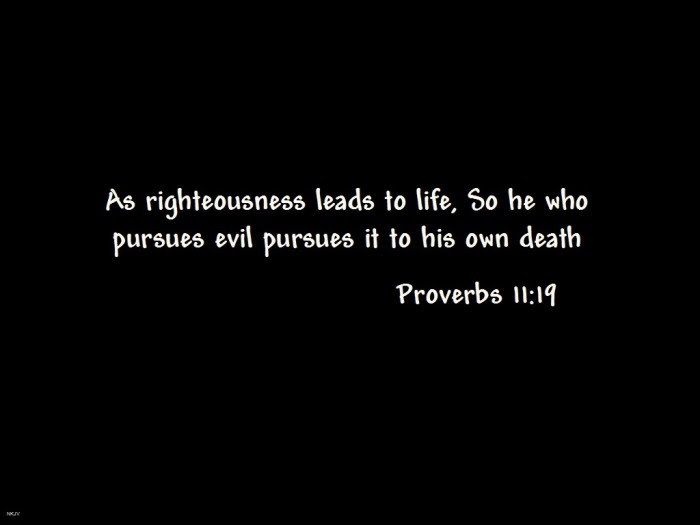 20The Lord detests those whose hearts are perverse,
but HE Delights In those whose ways are blameless.
21Be sure of this: The wicked will not go unpunished,
but those who are righteous will go free.

22 Like a gold ring in a pig’s snout
is a beautiful woman who shows no discretion. 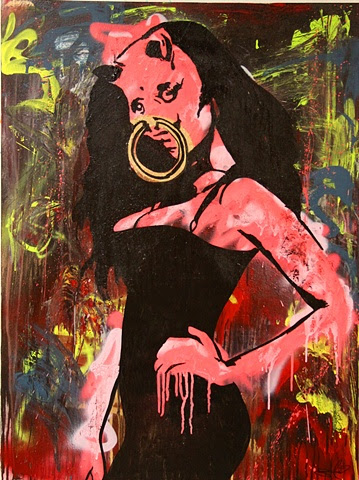 23The desire of the righteous ends only in good,
but the hope of the wicked only in wrath.

24 One person gives freely, yet gains even more;
another withholds unduly, but comes to poverty.

25 A generous person will prosper;
whoever refreshes others will be refreshed. 26 People curse the one who hoards grain,
but they pray GOD’s blessing on the one who is willing to sell.

27Whoever seeks good finds favor,
but evil comes to one who searches for it.
28Those who trust in their riches will fall,
but the righteous will thrive like a green leaf.

29Whoever brings ruin on their family will inherit only wind,
and the fool will be servant to the wise. 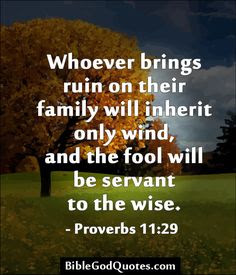 30The fruit of the righteous is a tree of life,
and the one who is wise saves lives. 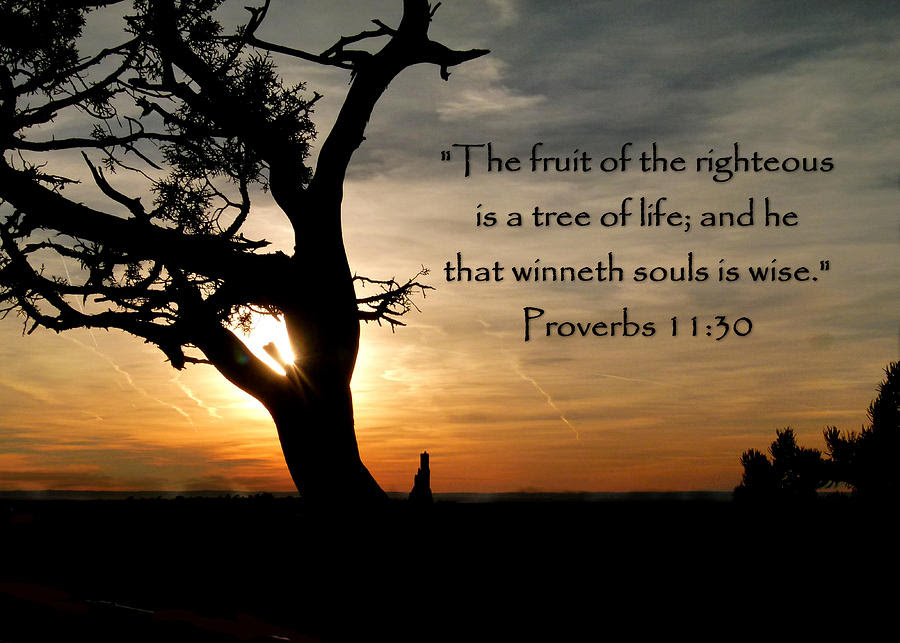 31If the righteous receive their due on earth,
how much more the ungodly and the sinner!

One person gives freely, yet gains even more;
another withholds unduly, but comes to poverty.
A generous person will prosper;
whoever refreshes others will be refreshed.
People curse the one who hoards grain,
but they pray GOD’s blessing on the one who is willing to sell.

The liberal soul shall be made fat - He who gives to the distressed, in the true spirit of charity, shall get a hundred folds from GOD's Mercy. How wonderful is The Lord! HE Gives the wealth, Gives the heart to use it aright, and Recompenses the man for the deed though all the fruit was found from GOD Himself!

A man who distributes in the right spirit gets better himself than the poor man does who receives the bounty. Thus it is more blessed to give than to receive.

In the early stages of commerce there seems no way of making money rapidly so sure as that of buying up grain in time of famine, waiting until the famine presses heavily, and then selling at higher prices. Men hate this selfishness, and pour blessings upon him who sells at a moderate profit.