Rejoice, JESUS Comes To Judge The World In Righteousness

4For Great Is The Lord and most worthy of praise;
HE Is To Be Feared above all gods.
5For all the gods of the nations are idols,
but The Lord Made the heavens. 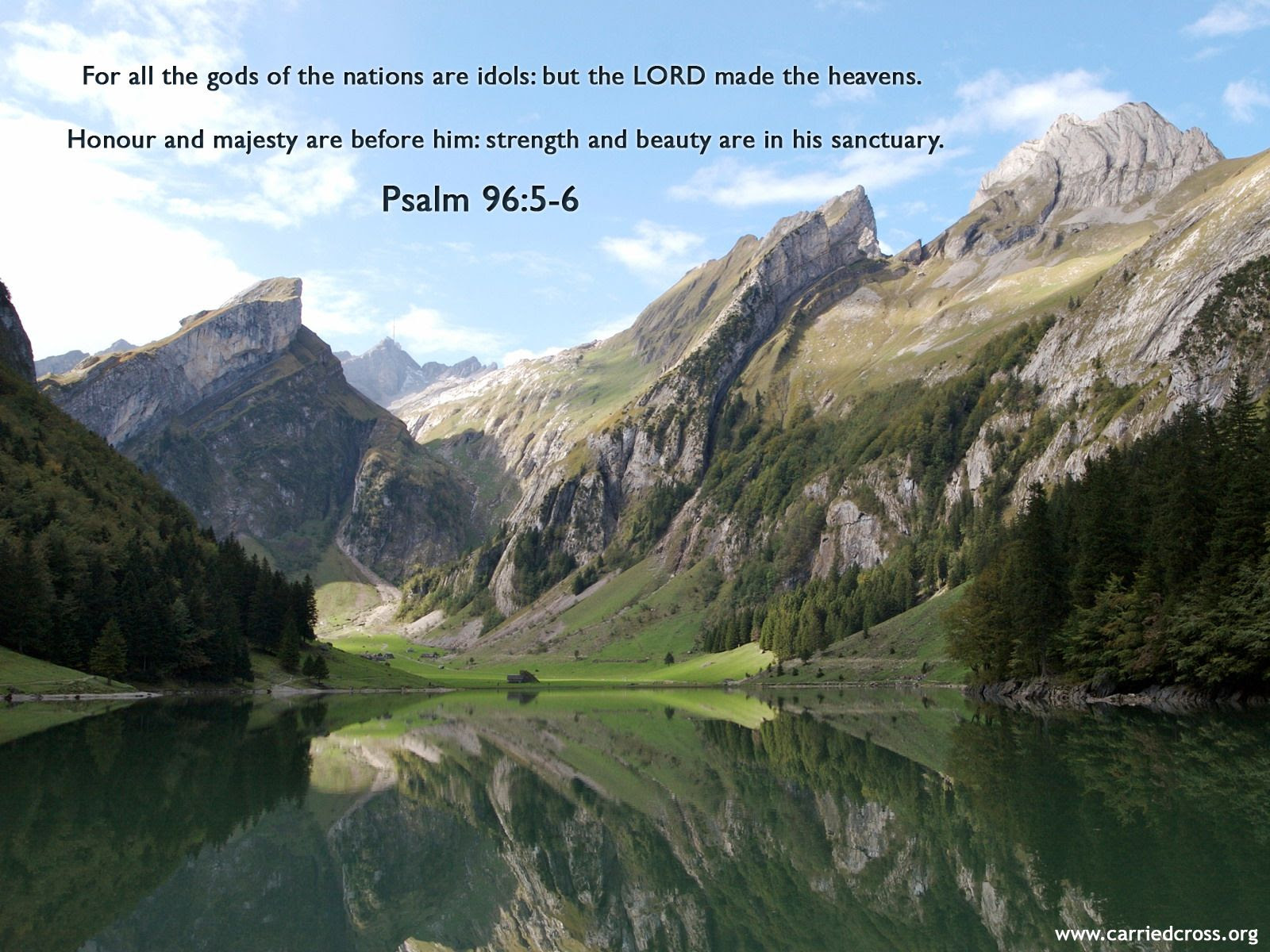 6Splendor and Majesty are before Him;
Strength and Glory are in His Sanctuary. 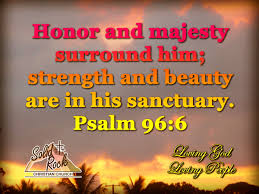 10Say among the nations,

The world is firmly established, it cannot be moved;
HE Will Judge the peoples with equity.
11Let the heavens rejoice, Let the earth be glad;
Let the sea resound, and all that is in it.
12Let the fields be jubilant, and everything in them;
Let all the trees of the forest sing for joy.
13Let all creation rejoice before The Lord, for HE Comes, 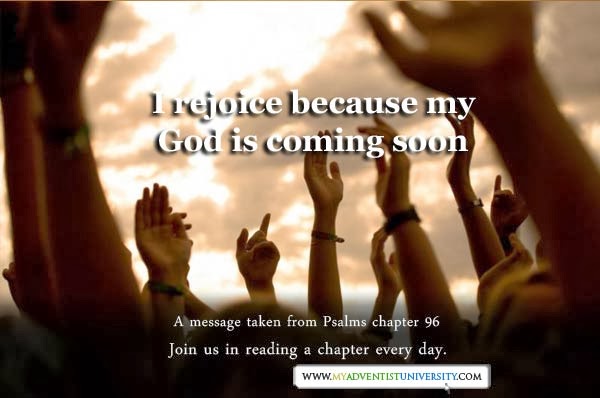 HE Comes To Judge the earth.
HE Will Judge the world in Righteousness
and the peoples in His Faithfulness.

The substance of this Psalm, and portions of the Psalm 97, 98 and 100 are found in 1Chronicles 16:7-36, which was used by David's directions in the dedication of the tabernacle on Mount Zion.

The Kingdom of The MESSIAH Was Typified by that event, involving, as it did, a more permanent seat of worship, and the introduction of additional and more spiritual services. Hence the language of these Psalms may be regarded as having a higher import than that pertinent to the occasion on which it was publicly used.

When CHRIST Finished His Work on earth, and Was Received into His Glory in heaven, the church began to sing a new song unto Him, and to bless His Name. His apostles and evangelists showed forth His Salvation among the heathen, His Wonders among all people. All the earth is here summoned to worship The LORD JESUS. We must worship Him in the beauty of Holiness, as GOD in CHRIST, Reconciling the world unto Himself. Glorious things are said of Him, both as motives to praise and matter of praise.

In singing this Psalm we ought to have our hearts filed with great and high thoughts of the Glory of GOD and the Grace of the Gospel, and with an entire satisfaction in CHRIST's Sovereign Dominion and in the expectation of the Judgment to come.