To YOU, LORD JESUS, I Will Sing Praise

Of David. A psalm.

1I will sing of YOUR Love and Justice;
To YOU, Lord, I will sing praise. 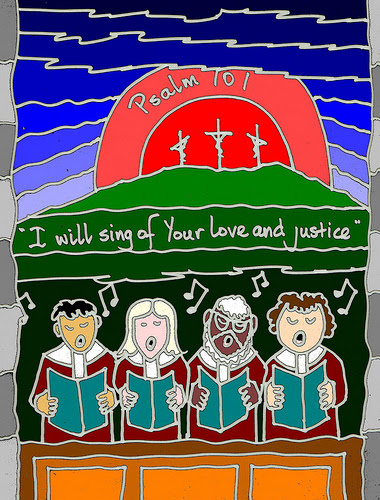 2I will be careful to lead a blameless life—
When Will YOU Come To me?
I will conduct the affairs of my house
with a blameless heart. 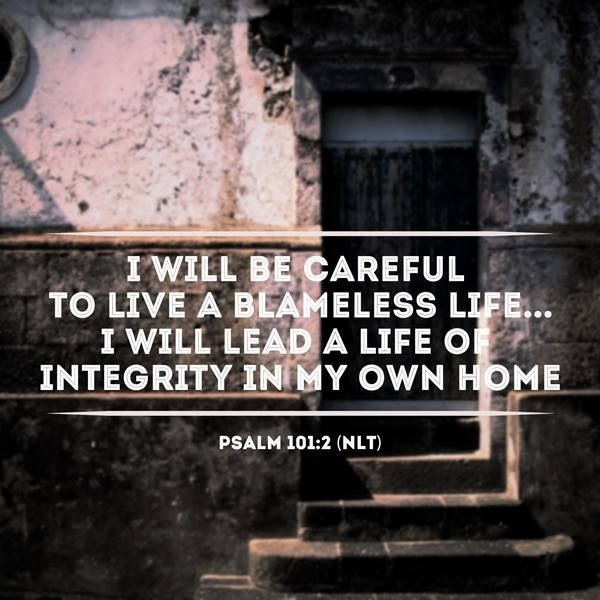 3I will not look with approval
on anything that is vile.

I hate what faithless people do;
I will have no part in it.
4The perverse of heart shall be far from me;
I will have nothing to do with what is evil.
5Whoever slanders their neighbor in secret,
I will put to silence; 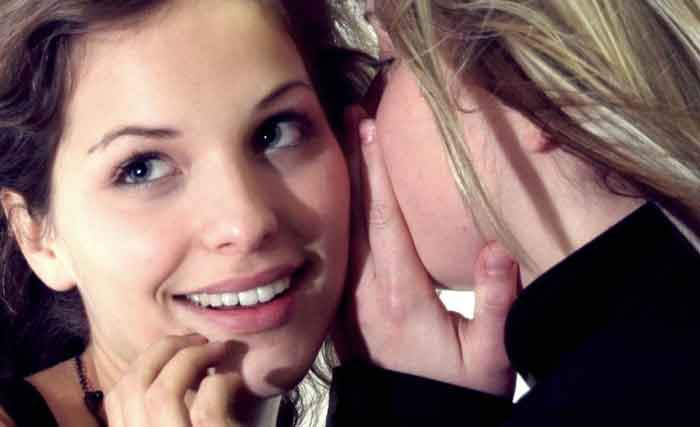 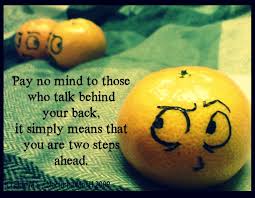 whoever has haughty eyes and a proud heart,
I will not tolerate.
6My eyes will be on the faithful in the land,
that they may dwell with me;
the one whose walk is blameless
will minister to me.
7No one who practices deceit
will dwell in my house;
no one who speaks falsely
will stand in my presence.
8Every morning I will put to silence
all the wicked in the land;
I will cut off every evildoer
from the City of The Lord.

David was certainly the penman of this Psalm, and it has in it the genuine spirit of the man after GOD's own heart. It is a solemn vow which he made to GOD when he took upon him the charge of a family and of the kingdom.

Whether it was penned when he entered upon the government, immediately after the death of Saul (as some think), or when he began to reign over all Israel, and brought up The Ark to the city of David (as others think), is not material.  It is an excellent plan or model for the good government of a court, or the keeping up of virtue and piety, and good order in it, but it is applicable to private families.

It instructs all that are in any sphere of power, whether larger or narrower, to use their power so as to make it a terror to evil-doers, but a praise to those that do good.

II. The particulars of it, that he would detest all manner of wickedness (v. 3-5, 7, 8) and that he would favor and encourage such as were virtuous (v. 6).

Some think this may fitly be accommodated to CHRIST, the Son of David, Who Governs His church, the House of The Lord, by these rules, and Who Loves righteousness and hates wickedness.


In singing this Psalm families, both governors and governed, should teach, and admonish, and engage themselves and one another to walk by the rule of it, that GOD’s Peace may be upon them and God’s Presence with them.