Wisdom Is Produced By The Fear Of JEHOVAH

1Whoever loves discipline loves knowledge,
but whoever hates correction is stupid. 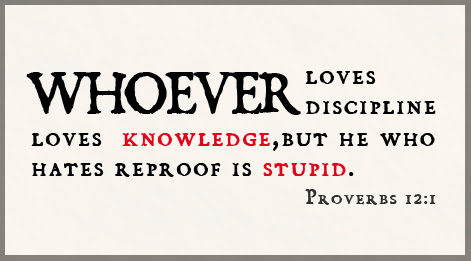 2Good people obtain Favor from The Lord,
but HE Condemns those who devise wicked schemes.
3No one can be established through wickedness,
but the righteous cannot be uprooted.

4 A wife of noble character is her husband’s crown,
but a disgraceful wife is like decay in his bones. 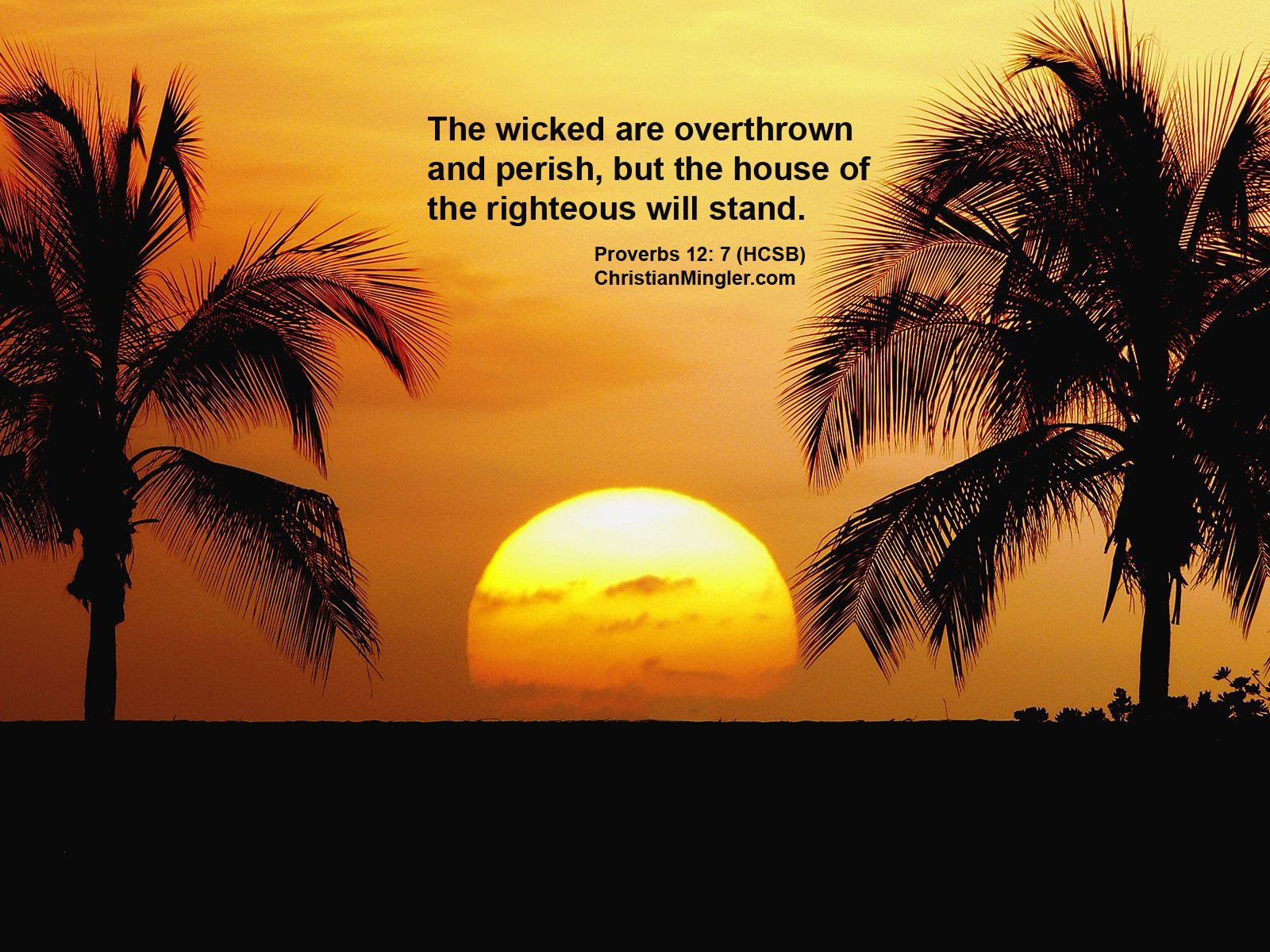 8A person is praised according to their prudence,
and one with a warped mind is despised.
9 Better to be a nobody and yet have a servant
than pretend to be somebody and have no food.
10The righteous care for the needs of their animals,
but the kindest acts of the wicked are cruel. 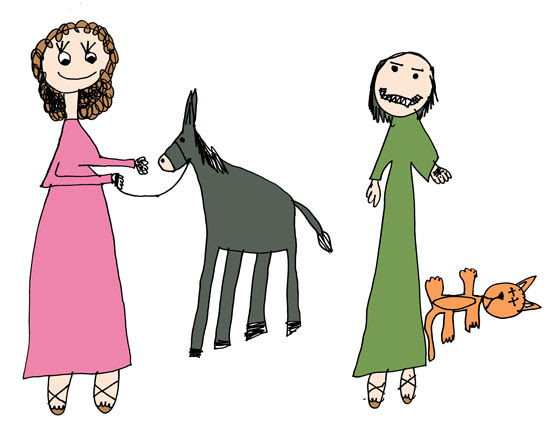 11 Those who work their land will have abundant food,
but those who chase fantasies have no sense.
12The wicked desire the stronghold of evildoers,
but the root of the righteous endures.
13Evildoers are trapped by their sinful talk,
and so the innocent escape trouble.
14From the fruit of their lips people are filled with good things,
and the work of their hands brings them reward.
15The way of fools seems right to them,
but the wise listen to advice.
16Fools show their annoyance at once,
but the prudent overlook an insult.
17An honest witness tells the truth,
but a false witness tells lies.
18The words of the reckless pierce like swords,
but the tongue of the wise brings healing.
19Truthful lips endure forever,
but a lying tongue lasts only a moment.
20Deceit is in the hearts of those who plot evil,
but those who promote peace have joy.
21No harm overtakes the righteous,
but the wicked have their fill of trouble.
22 The Lord Detests lying lips,
but HE Delights in people who are trustworthy.

23The prudent keep their knowledge to themselves,
but a fool’s heart blurts out folly.
24Diligent hands will rule,
but laziness ends in forced labor.
25Anxiety weighs down the heart,
but a kind word cheers it up.
26The righteous choose their friends carefully,
but the way of the wicked leads them astray. 27The lazy do not roast any game,
but the diligent feed on the riches of the hunt.
28 In the way of righteousness there is life;
along that path is immortality. 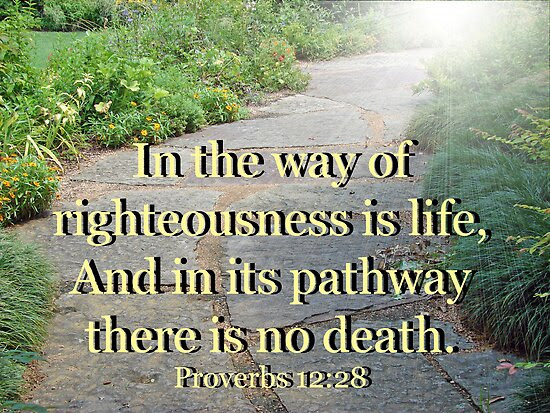 The following commentary covers Chapters 10 through 31.

In chapter 10 begin the details which teach those who give ear how to avoid the snares into which the simple might fall, the path to be followed in many cases, and the consequences of men's actions: in short, that which characterizes wisdom in detail, what may be prudence for man, Divine Discretion for the children of GOD; and also, the result of God's Government, whatever appearances may be for a while. It is well to observe, that there is no question of redemption or propitiation in this book; it proposes a walk according to the Wisdom of GOD's Government.

In the final chapter we have the character of a king according to wisdom, and that of the woman in her own house-the king who does not allow himself that which, by darkening his moral discernment through the indulgence of his lusts, would make him unfit to govern. In the woman we see the persevering and devoted industry which fills the house with riches, brings honor to its inhabitants, and removes all the cares and anxieties produced by sloth. The typical application of these two specific characters is too evident to need explanation. The example of the woman is very useful, as to the spirit of the thing, to one who labors in the assembly.

Although in this book the wisdom produced by the Fear of Jehovah is only applied to this world, it is on that very account of great use to the Christian, whodo, in view of his heavenly privileges, might, more or less, forget the continual Government of GOD. It is very important for the Christian to remember the Fear of The Lord, and the effect of GOD's Presence on the details of his conduct; and I repeat that which I said at the beginning, that it is great grace which deigns to apply Divine Wisdom to all the details of the life of man in the midst of the confusion brought in by sin.


Occupied with heavenly things, the Christian is less in the way of discovering, by his own experience, the clue to the labyrinth of evil through which he is passing. GOD Has Considered this, and HE Has Laid Down this first principle, "wise unto that which is good, and simple concerning evil." Thus the Christian may be ignorant of evil and yet avoid it through his knowledge of good.

The wisdom of GOD Gives him the latter; the Government of GOD Provides for all the rest. Now, in the Proverbs, we have these things in principle and in detail. I have not dwelt on the figurative character of the forms of evil. They are rather principles than figures. But the violent man of the last days is continually found in the Psalms; and Babylon is the full accomplishment of the woman who takes the simple in her snares and leads them down to death; just as CHRIST is the Perfect Wisdom of GOD Which Leads to life.

But these two things which manifest evil proceed from the heart of man at all times since the fall: only we have seen that there is an active development of the wiles of the evil woman, who has her own house and her own arrangements. It is not simply the principle of corruption, but an organized system, as is that of Sovereign Wisdom.