Wisdom Says, "Go To The Ant And Learn If You Are Lazy"

1 My son, if you have put up security for your neighbor,
if you have shaken hands in pledge for a stranger,
2you have been trapped by what you said,
ensnared by the words of your mouth.
3So do this, my son, to free yourself,
since you have fallen into your neighbor’s hands:
Go—to the point of exhaustion—
and give your neighbor no rest!
4Allow no sleep to your eyes,
no slumber to your eyelids.
5Free yourself, like a gazelle from the hand of the hunter,
like a bird from the snare of the fowler. 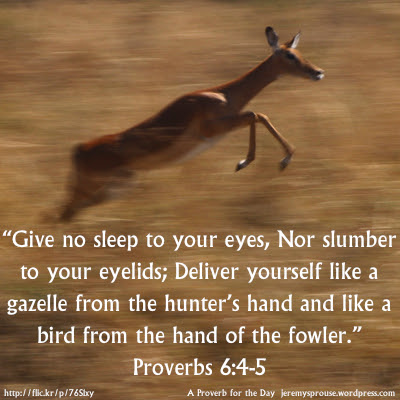 6Go to the ant, you sluggard;
consider its ways and be wise! 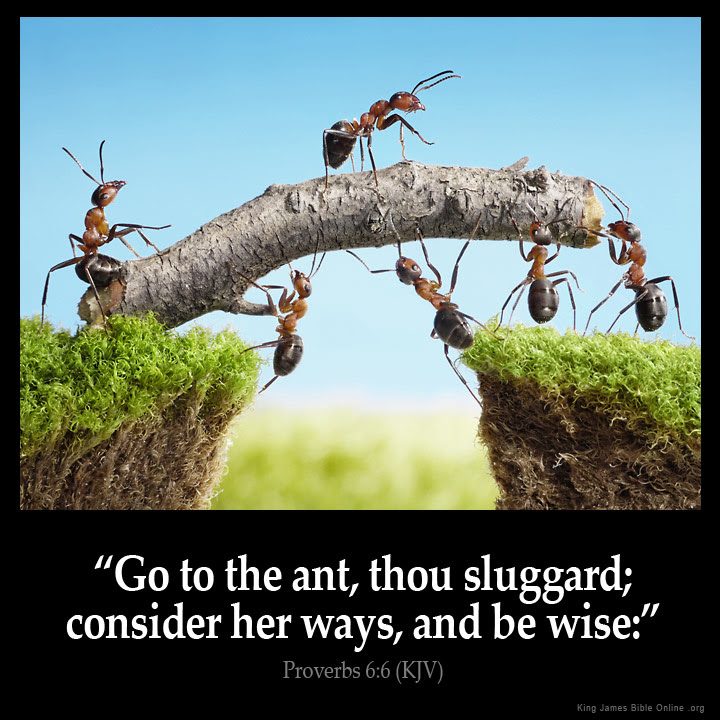 7It has no commander,
no overseer or ruler,
8yet it stores its provisions in summer
and gathers its food at harvest.
9How long will you lie there, you sluggard?
When will you get up from your sleep? 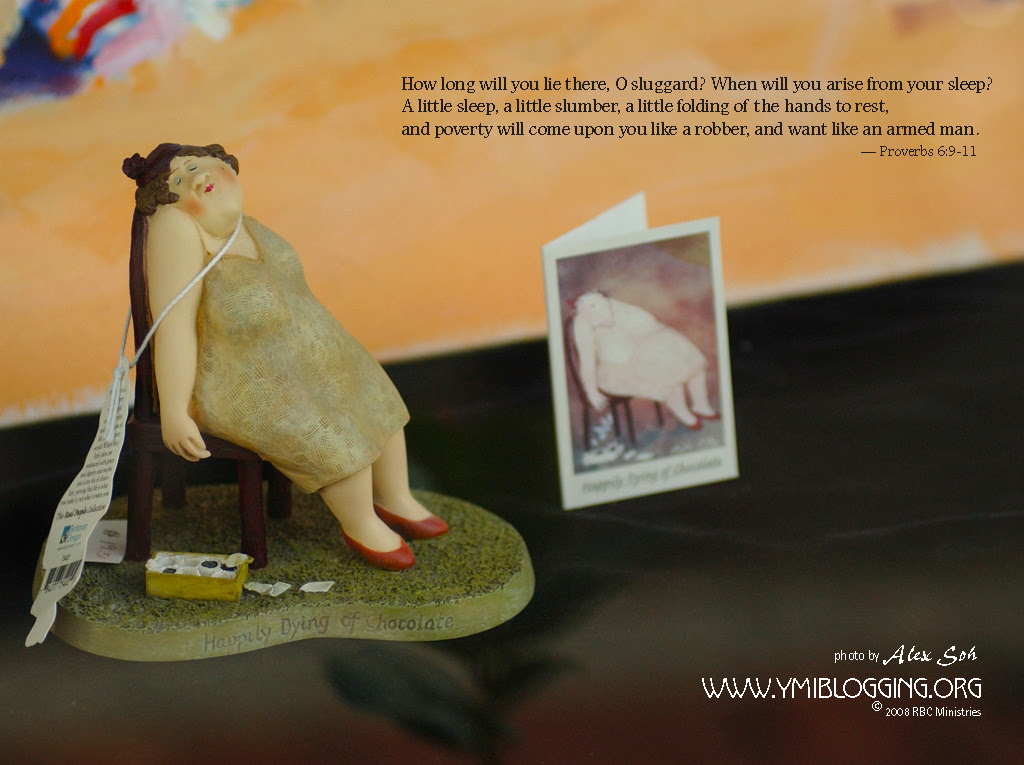 10A little sleep, a little slumber,
a little folding of the hands to rest—
11and poverty will come on you like a thief
and scarcity like an armed man.

12A troublemaker and a villain,
who goes about with a corrupt mouth,
13who winks maliciously with his eye,
signals with his feet
and motions with his fingers,
14who plots evil with deceit in his heart—
he always stirs up conflict.
15Therefore disaster will overtake him in an instant;
he will suddenly be destroyed—without remedy.

16There are six things the Lord hates,
seven that are detestable to him:
17haughty eyes,
a lying tongue,
hands that shed innocent blood,
18a heart that devises wicked schemes,
feet that are quick to rush into evil,
19a false witness who pours out lies
and a person who stirs up conflict in the community. 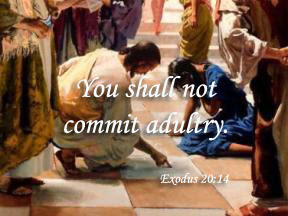 20My son, keep your father’s command
and do not forsake your mother’s teaching.
21Bind them always on your heart;
fasten them around your neck.
22When you walk, they will guide you;
when you sleep, they will watch over you;
when you awake, they will speak to you.
23For this command is a lamp,
this teaching is a light,
and correction and instruction
are the way to life,
24keeping you from your neighbor’s wife,
from the smooth talk of a wayward woman.
25Do not lust in your heart after her beauty
or let her captivate you with her eyes.
26For a prostitute can be had for a loaf of bread,
but another man’s wife preys on your very life.
27Can a man scoop fire into his lap
without his clothes being burned?
28Can a man walk on hot coals
without his feet being scorched?
29So is he who sleeps with another man’s wife;
no one who touches her will go unpunished.
30People do not despise a thief if he steals
to satisfy his hunger when he is starving.
31Yet if he is caught, he must pay sevenfold,
though it costs him all the wealth of his house.
32But a man who commits adultery has no sense;
whoever does so destroys himself. 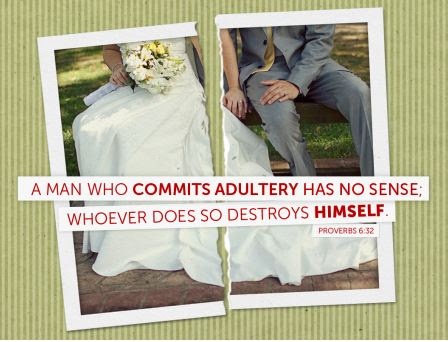 33Blows and disgrace are his lot,
and his shame will never be wiped away.
34For jealousy arouses a husband’s fury,
and he will show no mercy when he takes revenge.
35He will not accept any compensation;
he will refuse a bribe, however great it is.

“My son, if you guarantee a loan for your neighbor or pledge yourself for a stranger with a handshake, you are trapped by the words of your own mouth, caught by your own promise.”

Surety - The “pledge”," or “security for payment was the word was used in the primitive trade transactions of the early Israelites.

In the warnings against this suretyship, in the Book of Proverbs, we may trace the influence of contact with the Phoenicians. The merchants of Tyre and Zidon seem to have discovered the value of credit as an element of wealth. A man might obtain goods, or escape the pressure of a creditor at an inconvenient season, or obtain a loan on more favorable terms, by finding security.

To give such security might be one of the kindest offices which one friend could render to another. Side by side, however, with a legitimate system of credit there sprang up, as in later times, a fraudulent counterfeit. Phoenician or Jewish money-lenders (the “stranger”) were ready to make their loans to the spendthrift. He was equally ready to find a companion (the “friend”) who would become his surety.

It was merely a form, just writing a few words, just “a clasping of the hands” in token that the obligation was accepted, and that was all. It would be unfriendly to refuse. And yet, as the teacher warns his hearers, there might be, in that moment of careless weakness, the first link of a long chain of ignominy, galling, fretting, wearing, depriving life of all its peace. The Jewish law of debt, hard and stern like that of most ancient nations, was enforced against him in all its rigor.

Money and land might go, the very bed under him might be seized, and his garment torn from his back Proverbs 20:16; Proverbs 22:27, the older and more lenient law Exodus 22:25-27 having apparently fallen into disuse. He might be brought into a life-long bondage, subject only to the possible relief of the year of jubilee, when the people were religious enough to remember and observe it. His wives, his sons, his daughters might be sharers in that slavery Nehemiah 5:3-5. It was doubtful whether he could claim the privilege which under Exodus 21:2 belonged to an Israelite slave that had been bought.