Are You And Your Works In GOD's Hands?

A Common Destiny for All

1So I reflected on all this and concluded that the righteous and the wise and what they do are in GOD’s Hands, but no one knows whether love or hate awaits them.

2All share a common destiny—the righteous and the wicked, the good and the bad,a the clean and the unclean, those who offer sacrifices and those who do not.

3This is the evil in everything that happens under the sun: The same destiny overtakes all. The hearts of people, moreover, are full of evil and there is madness in their hearts while they live, and afterward they join the dead.

4Anyone who is among the living has hope —even a live dog is better off than a dead lion!

5For the living know that they will die,
but the dead know nothing;
they have no further reward,
and even their name is forgotten.
6Their love, their hate
and their jealousy have long since vanished;
never again will they have a part
in anything that happens under the sun.

7Go, eat your food with gladness, and drink your wine with a joyful heart, for GOD Has Already Approved what you do. 8Always be clothed in white, and always anoint your head with oil. 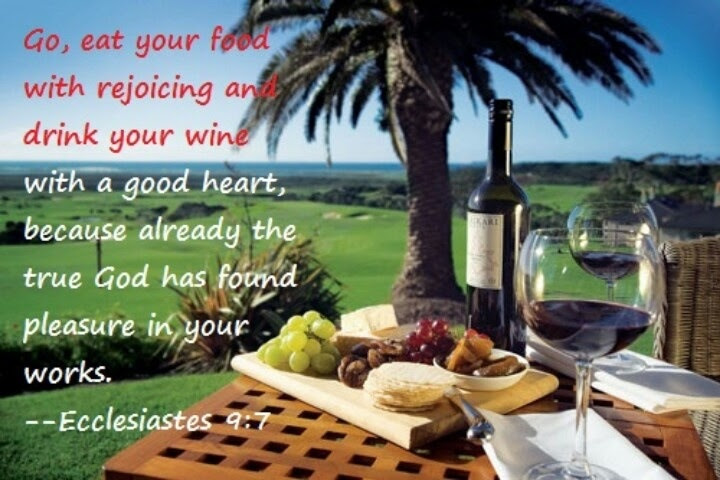 9Enjoy life with your wife, whom you love, all the days of this meaningless life that GOD Has Given you under the sun—all your meaningless days. For this is your lot in life and in your toilsome labor under the sun. 10Whatever your hand finds to do, do it with all your might, for in the realm of the dead, where you are going, there is neither working nor planning nor knowledge nor wisdom.

11I have seen something else under the sun:

The race is not to the swift
or the battle to the strong,
nor does food come to the wise
or wealth to the brilliant
or favor to the learned;
but time and chance happen to them all.

12Moreover, no one knows when their hour will come:

As fish are caught in a cruel net,
or birds are taken in a snare,
so people are trapped by evil times
that fall unexpectedly upon them.

13I also saw under the sun this example of wisdom that greatly impressed me: 14There was once a small city with only a few people in it. And a powerful king came against it, surrounded it and built huge siege works against it. 15Now there lived in that city a man poor but wise, and he saved the city by his wisdom. But nobody remembered that poor man. 16So I said, “Wisdom is better than strength.” But the poor man’s wisdom is despised, and his words are no longer heeded.

17The quiet words of the wise are more to be heeded
than the shouts of a ruler of fools.
18Wisdom is better than weapons of war,
but one sinner destroys much good. 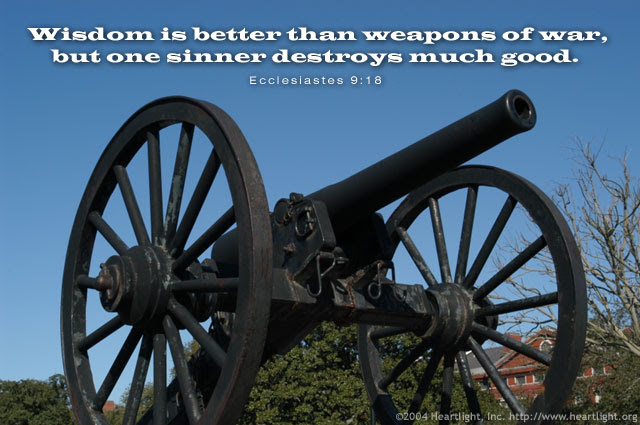 Not only in the sense that they are withdrawn from the sight of men, but in this far better sense, that they are safe. Being in the Hand of GOD they are in the best Hand.

It is not with the onlookers here that the righteous and the wise have to do. It is with Him Who Looks On from the side of eternity, and Who Makes all things work together for good to them who love Him.

We know that a man may belong to the righteous and not to the wise; he may himself be saved and yet his work be lost.

Our work, as well as ourselves, must be built on and found in CHRIST.