If Our Life Is Not For JESUS, Everything Is Meaningless!

1The words of the Teacher, son of David, king in Jerusalem: 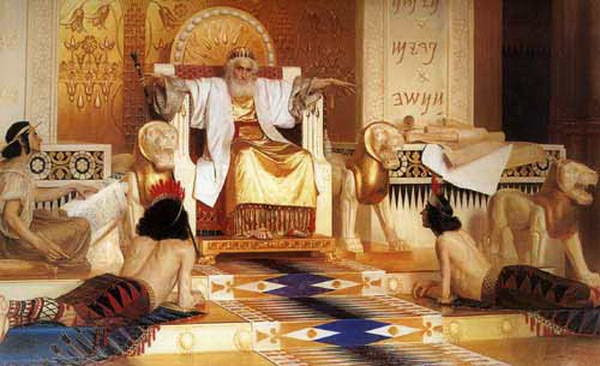 3What do people gain from all their labors
at which they toil under the sun?
4Generations come and generations go,
but the earth remains forever.
5The sun rises and the sun sets,
and hurries back to where it rises.
6The wind blows to the south
and turns to the north;
round and round it goes,
ever returning on its course.
7All streams flow into the sea,
yet the sea is never full.
To the place the streams come from,
there they return again.
8All things are wearisome,
more than one can say.
The eye never has enough of seeing,
nor the ear its fill of hearing.
9What has been will be again,
what has been done will be done again;
there is nothing new under the sun.

10Is there anything of which one can say,
“Look! This is something new”?
It was here already, long ago;
it was here before our time.
11No one remembers the former generations,
and even those yet to come
will not be remembered
by those who follow them. 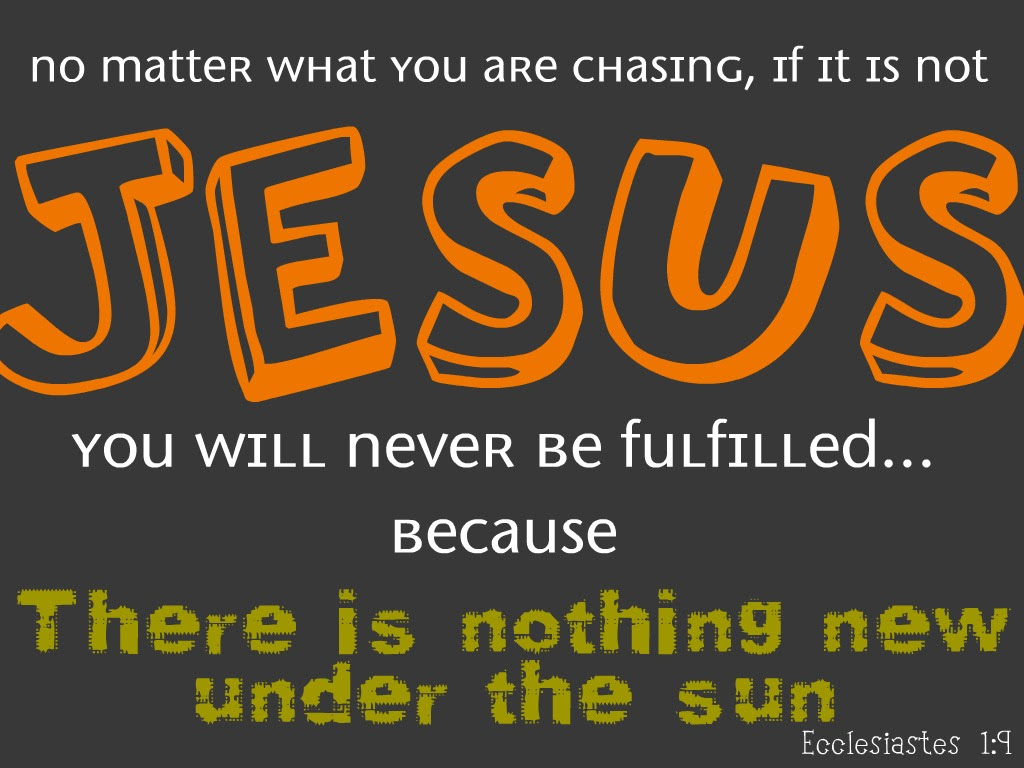 12I, the Teacher, was king over Israel in Jerusalem. 13I applied my mind to study and to explore by wisdom all that is done under the heavens. What a heavy burden GOD Has Laid On mankind! 14I have seen all the things that are done under the sun; all of them are meaningless, a chasing after the wind.

15What is crooked cannot be straightened;
what is lacking cannot be counted.

16I said to myself, “Look, I have increased in wisdom more than anyone who has ruled over Jerusalem before me; I have experienced much of wisdom and knowledge.” 17Then I applied myself to the understanding of wisdom, and also of madness and folly, but I learned that this, too, is a chasing after the wind.

18 For with much wisdom comes much sorrow;
the more knowledge, the more grief.

Ecclesiastes ( Greek: Ἐκκλησιαστής, Ekklesiastes, Hebrew: קֹהֶלֶת,  Koheleth) is a book of the Jewish Ketuvim (meaning Writings, one of the three sections making up the Hebrew Bible) and of the Old Testament. The title is a Latin transliteration of the Greek translation of the Hebrew Koheleth, meaning "Gatherer", but traditionally translated as "Teacher" or "Preacher".

Koheleth introduces himself as "son of David, king in Jerusalem," perhaps implying that he is Solomon.

The book is in the form of an autobiography telling of his investigation of the meaning of life and the best way of life.

He proclaims all the actions of man to be inherently hevel, meaning "vain", "futile", "empty", "meaningless", "temporary", "transitory", "fleeting," or "mere breath," as the lives of both wise and foolish men end in death. While Koheleth clearly endorses wisdom as a means for a well-lived earthly life, he is unable to ascribe eternal meaning to it. In light of this senselessness, one should enjoy the simple pleasures of daily life, such as eating, drinking, and taking enjoyment in one's work, which are gifts from the Hand of God.

The book concludes with the injunction: “Fear GOD, and keep His Commandments; for that is the whole duty of everyone” (12:13).

Ecclesiastes is presented as the autobiography of Koheleth, the Teacher. Koheleth's story is framed by voice of the narrator, who refers to Koheleth in the third person, praises his wisdom, but reminds the reader that wisdom has its limitations and is not man's main concern. Koheleth reports what he planned, did, experienced and thought.

His journey to knowledge is, in the end, incomplete, and the reader is not only to hear Koheleth's wisdom, but to observe his journey towards understanding and acceptance of life's frustrations and uncertainties: the journey itself is important.

“[O]f all I have ever seen or learned, that book seems to me the noblest, the wisest, and the most powerful expression of man’s life upon this earth — and also the highest flower of poetry, eloquence, and truth. I am not given to dogmatic judgments in the matter of literary creation, but if I had to make one I could say that Ecclesiastes is the greatest single piece of writing I have ever known, and the wisdom expressed in it the most lasting and profound.”(Wikipedia)