JEHOVAH Brings Down The Pride Of Nations

1A prophecy against Tyre:

Wail, you ships of Tarshish!
For Tyre is destroyed
and left without house or harbor. 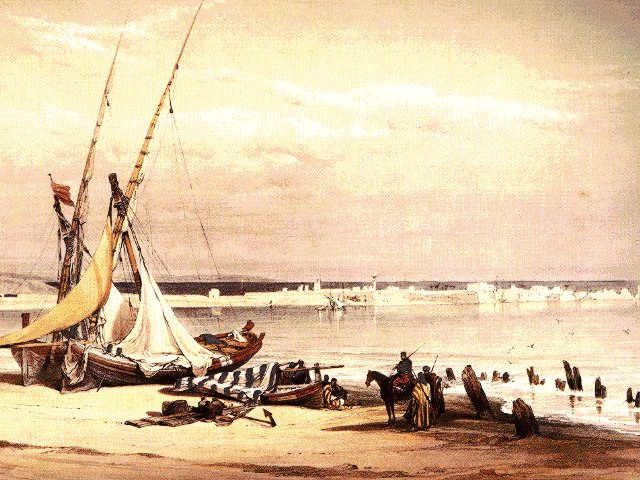 From the land of Cyprus
word has come to them. 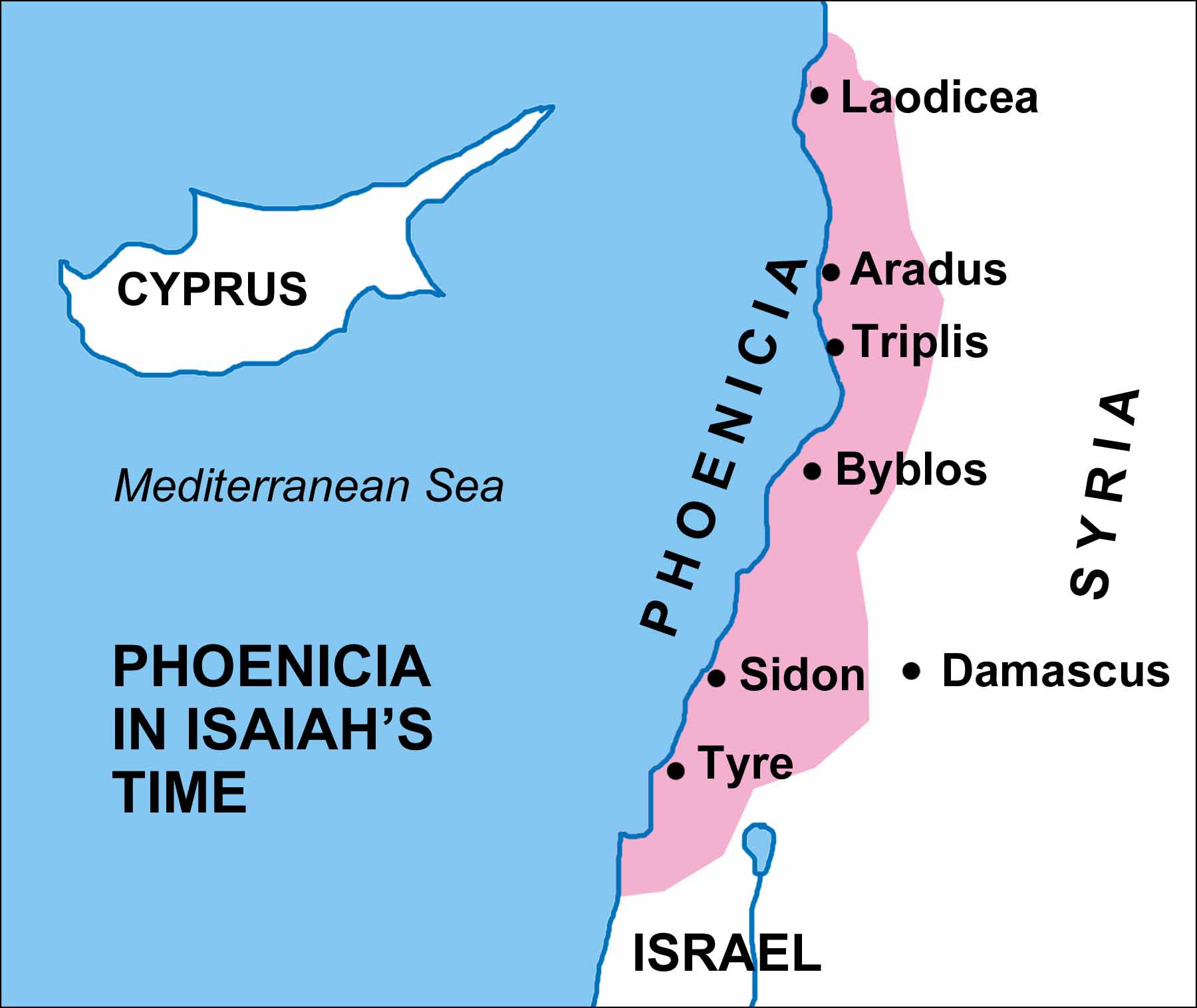 2Be silent, you people of the island
and you merchants of Sidon,
whom the seafarers have enriched. 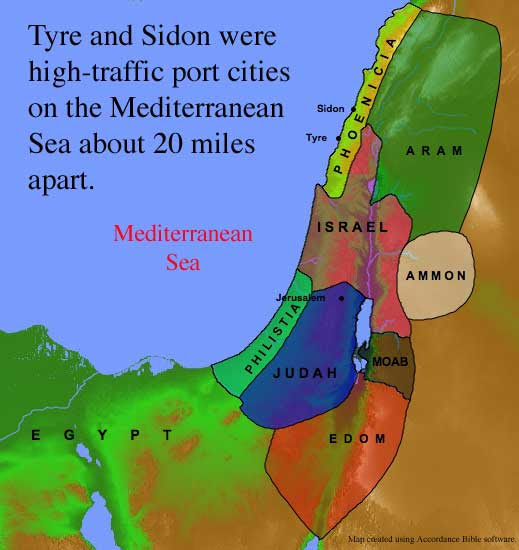 3On the great waters
came the grain of the Shihor;
the harvest of the Nilea was the revenue of Tyre,
and she became the marketplace of the nations.

4Be ashamed, Sidon, and you fortress of the sea,
for the sea has spoken:
“I have neither been in labor nor given birth;
I have neither reared sons nor brought up daughters.”

5When word comes to Egypt,
they will be in anguish at the report from Tyre.
6Cross over to Tarshish;
wail, you people of the island.
7Is this your city of revelry,
the old, old city,
whose feet have taken her
to settle in far-off lands? 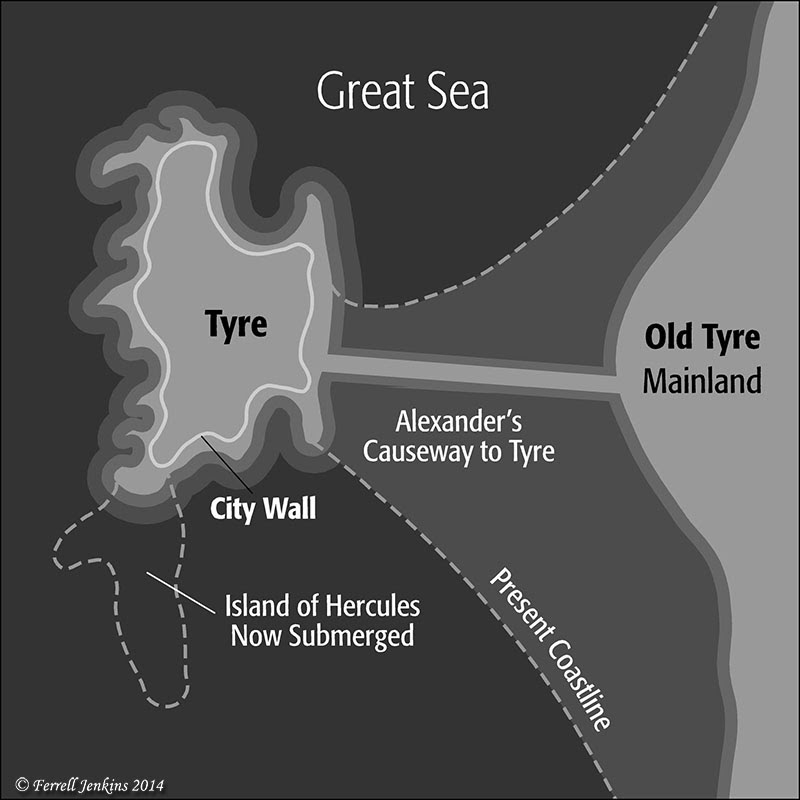 8Who planned this against Tyre,
the bestower of crowns,
whose merchants are princes,
whose traders are renowned in the earth?

9The Lord ALMIGHTY Planned it,
To Bring Down her pride in all her splendor
and to humble all who are renowned on the earth.
10Till your land as they do along the Nile,
Daughter Tarshish,
for you no longer have a harbor.

11The Lord Has Stretched Out His Hand over the sea
and Made its kingdoms tremble.
HE Has Given an order concerning Phoenicia
that her fortresses be destroyed.

12HE Said, “No more of your reveling,
Virgin Daughter Sidon, now crushed!
“Up, cross over to Cyprus;
even there you will find no rest.”

13Look at the land of the Babylonians,c
this people that is now of no account!
The Assyrians have made it
a place for desert creatures;
they raised up their siege towers,
they stripped its fortresses bare
and turned it into a ruin.
14Wail, you ships of Tarshish;
your fortress is destroyed!

15At that time Tyre will be forgotten for seventy years, the span of a king’s life. But at the end of these seventy years, it will happen to Tyre as in the song of the prostitute:

16“Take up a harp, walk through the city,
you forgotten prostitute;
play the harp well, sing many a song,
so that you will be remembered.”

17At the end of seventy years, The Lord Will Deal With Tyre. She will return to her lucrative prostitution and will ply her trade with all the kingdoms on the face of the earth.

18Yet her profit and her earnings will be set apart for The Lord; they will not be stored up or hoarded. Her profits will go to those who live Before The Lord, for abundant food and fine clothes.

This chapter gives an account both of the desolation and restoration of Tyre, an ancient city of Phoenicia. Its desolation is described as so complete, that a house was not left in it, Isaiah 23:1 and by the fewness and stillness of the inhabitants of it, with which it had been replenished, it having been a mart of nations, Isaiah 23:2 and by the shame and pain Sidon, a neighboring city, was put into, on account of it, Isaiah 23:4 and by the removal of its inhabitants to other places, Isaiah 23:6 all which is attributed to the Counsel, Purpose, and Commandment of GOD, to destroy it; Whose View was to stain their pride, and bring them into contempt, Isaiah 23:8 the means and instruments made use of to this purpose were the Assyrians or Chaldeans, Isaiah 23:13 and its desolation is further aggravated by the loss of its trade; hence the merchants of other countries are called to mourning, Isaiah 23:1 the date and duration of this desolation were seventy years, Isaiah 23:15 after which it should be restored, and its merchandise and commerce with all the nations of the earth be revived again, Isaiah 23:15.