JEHOVAH Sent HIS SON JESUS To Proclaim, Bind Up And Release 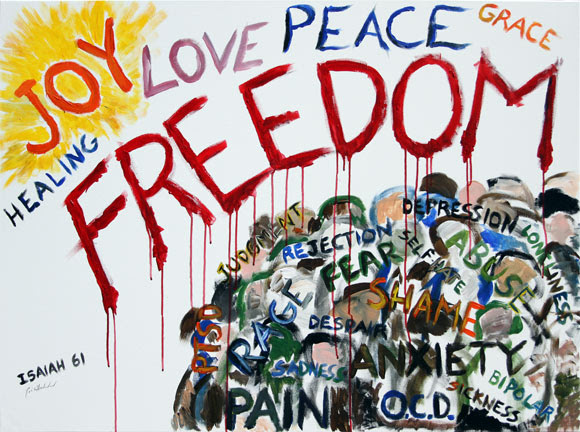 The Year of the Lord’s Favor

1 The SPIRIT of The Sovereign Lord Is On ME,
Because The Lord Has Anointed ME
to Proclaim good news to the poor.
HE Has Sent ME to Bind Up the brokenhearted,
to Proclaim freedom for the captives
and Release from darkness for the prisoners, 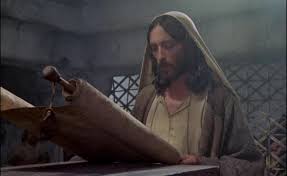 2to Proclaim The Year of The Lord’s Favor
and the Day of Vengeance of our GOD,
to Comfort all who mourn,
3and Provide for those who grieve in Zion—
to Bestow on them a crown of beauty
instead of ashes,

the oil of joy
instead of mourning,
and a garment of praise
instead of a spirit of despair.
They will be called oaks of righteousness, a planting of The Lord
for the Display of His Splendor.

4They will rebuild the ancient ruins
and restore the places long devastated;
they will renew the ruined cities
that have been devastated for generations.
5Strangers will shepherd your flocks;
foreigners will work your fields and vineyards.
6And you will be called priests of The Lord,
you will be named ministers of our GOD.
You will feed on the wealth of nations,
and in their riches you will boast.
7Instead of your shame
you will receive a double portion,
and instead of disgrace
you will rejoice in your inheritance.
And so you will inherit a double portion in your land,
and everlasting joy will be yours.

8“For I, The Lord, Love Justice;
I Hate robbery and wrongdoing.
In My Faithfulness I Will Reward My people
and Make an Everlasting Covenant with them.
9Their descendants will be known among the nations
and their offspring among the peoples.
All who see them will acknowledge
that they are a people The Lord Has Blessed.”
10I delight greatly in The Lord;
my soul rejoices in my GOD.
For HE Has Clothed me with garments of salvation
and Arrayed me in a robe of His Righteousness,
as a bridegroom adorns his head like a priest,
and as a bride adorns herself with her jewels.
11For as the soil makes the sprout come up
and a garden causes seeds to grow,
so The Sovereign Lord Will Make Righteousness
and praise spring up before all nations.

This chapter, in its design and structure, is intimately connected with the preceding. It refers to The MESSIAH and the main scope and design of the chapter is to show some of the glorious results of His Coming.

The chapter may be regarded as divided into the following parts, namely:

I. The public address or proclamation of The MESSIAH, stating the design for which HE Had Been Appointed to His Office, and the consolatory nature of His Message Isaiah 61:1-3.

II. The happy effects and privileges of His Coming Isaiah 61:4-9.

1. The effects of His Coming in restoring the old wastes, and in building up the long-fallen ruins Isaiah 61:4-5.

(1) The aid of others would be called in for this.

(2) The sons of foreigners would become tributary to them, and feed their flocks and plow their fields, and dress their vines - that is, the pagan world would become subject to the church.

2. The privileges which would result from His Coming Isaiah 61:6-9.

(1) Absolutely. They would be named friends of GOD, and enjoy the wealth of the pagan world.

(2) Comparatively. Their state would be far more than a recompense for all they had suffered.

(3) In the honor which would be put upon them. Their name would be known abroad, and their children be honored as the blessed of The Lord.

III. The occasion of rejoicing which the church would have in this Isaiah 61:10-11.

1. In the beauty and honor with which she would be clothed.

2. In the abundant increase of righteousness and purity.