JESUS Came To Save; HE Will Come Again To Judge The World


God’s Day of Vengeance and Redemption

1Who Is This Coming from Edom,
from Bozrah, with His Garments stained crimson? 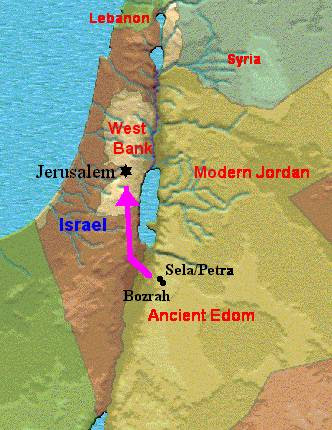 Who Is This, Robed in Splendor,
Striding forward in the Greatness of His Strength?

“It Is I, Proclaiming victory,
Mighty To Save.” 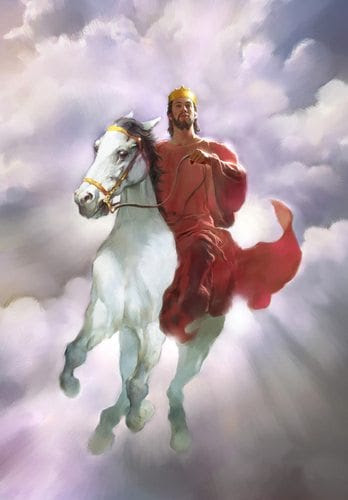 2Why Are YOUR Garments red,
like those of one treading the winepress?

3“I Have Trodden the winepress alone;
from the nations no one was with ME.
I Trampled them in My Anger
and Trod them Down in My Wrath;
their blood spattered My Garments,
and I Stained all My Clothing.
4It was for ME the Day of Vengeance;
the year for ME To Redeem Had Come.
5I Looked, but there was no one to help,
I Was Appalled that no one gave support;
so My Own Arm Achieved Salvation for ME,
and My Own Wrath Sustained ME.
6I trampled the nations in My Anger;
in My Wrath I Made them Drunk
and Poured their blood on the ground.” 8HE Said, “Surely they are My people,
children who will be true to ME”;
and so HE Became their SAVIOR.
9In all their distress HE Too Was Distressed,
and The Angel of His Presence Saved them.a
In His Love and Mercy HE Redeemed them;
HE Lifted them Up and Carried them
all the days of old.
10Yet they rebelled
and grieved His HOLY SPIRIT.
So HE Turned and Became their enemy
and HE Himself Fought Against them.
11Then His people recalledb the days of old,
the days of Moses and His people—
Where Is HE Who Brought them through the sea,
with the shepherd of His flock?
Where Is HE Who Set
His HOLY SPIRIT among them,
12Who Sent His Glorious Arm of Power
to be at Moses’ right hand,
Who Divided the waters before them,
to Gain for HIMSELF Everlasting Renown, 13Who Led them through the depths?
Like a horse in open country,
they did not stumble;
14like cattle that go down to the plain,
they were given rest by The SPIRIT of The Lord.
This Is How YOU Guided Your people
to Make for YOURSELF a Glorious Name.
15Look Down from heaven and See,
from YOUR Lofty Throne, Holy and Glorious.
Where Are YOUR Zeal and YOUR Might?
YOUR Tenderness and Compassion Are Withheld from us.
16But YOU Are our FATHER,
though Abraham does not know us
or Israel acknowledge us;
YOU, Lord, Are our FATHER,
our REDEEMER from of old Is YOUR Name. 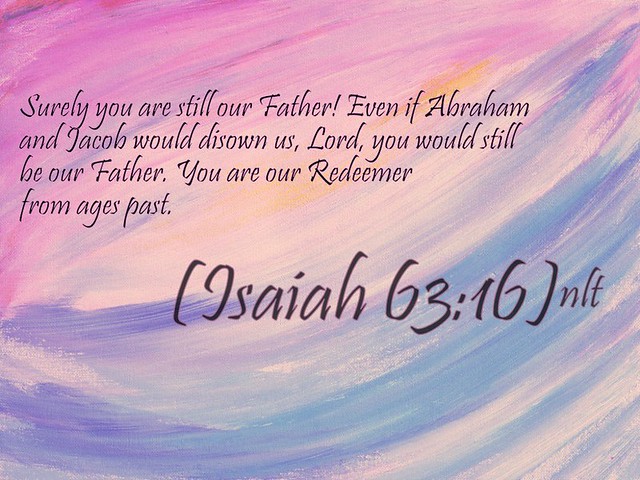 17Why, Lord, Do YOU Make us wander from your ways
and Harden our hearts so we do not revere you?
Return for the sake of Your servants,
the tribes that are Your Inheritance.
18For a little while YOUR people possessed YOUR Holy Place,
but now our enemies have trampled down YOUR Sanctuary.
19We are yours from of old;
but YOU Have Not Ruled Over them,
they have not been called by YOUR Name.

The prophet, (or rather the Church he represents), sees The Great Deliverer, long promised and expected, making His Appearance, after having crushed His enemies, like grapes in the wine-vat. The comparison suggests a lively idea of the Wrath of Omnipotence, which its unhappy objects can no more resist than the grapes can resist the treader. Indeed, there is so much pathos, energy, and sublimity in this remarkable passage, as hardly anything can be conceived to exceed. The period to which it refers must be the same with that predicted in the nineteenth chapter of the Revelation, some parts of which are expressed in the same terms with this, and plainly enough refer to the very sudden and total overthrow of Antichrist, and of all his adherents and auxiliaries, of which the destruction of Babylon, the capital of Chaldea, and of Bozra, the chief city of the Edomites, was the prototype, Isaiah 63:1-6.

At the seventh verse commences a penitential confession and supplication of the Jews, as uttered in their present dispersion, Isaiah 63:7-19.