JESUS Is The Suffering Servant Of JEHOVAH

The Servant of The Lord 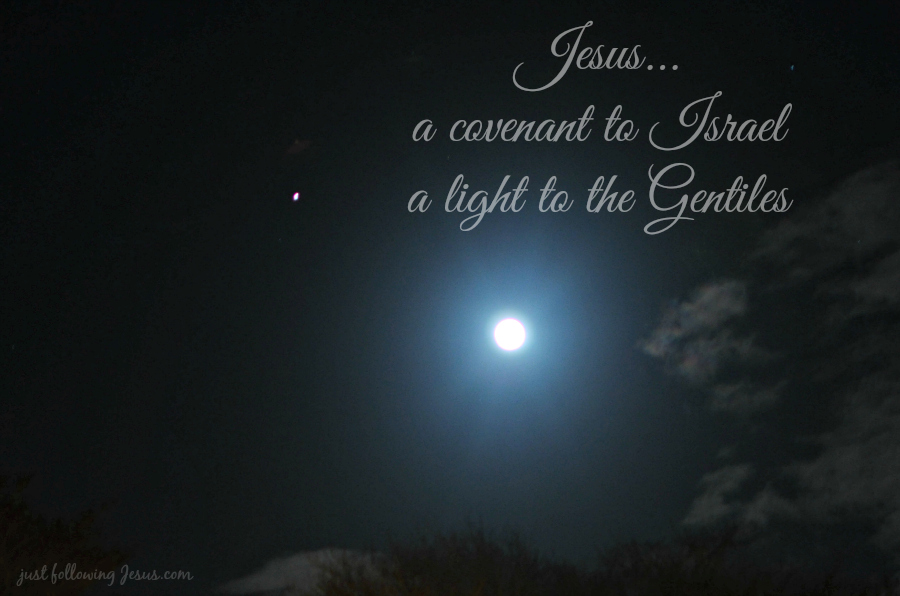 1“Here Is My Servant, Whom I Uphold,

My Chosen One in Whom I Delight;

I Will Put My SPIRIT On Him, 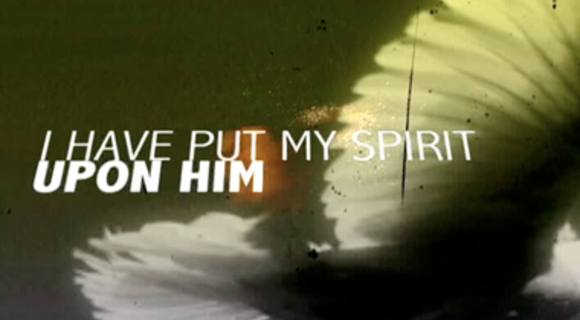 and HE Will Bring Justice to the nations.
2HE Will Not Shout or Cry Out,
or Raise His Voice in the streets.
3A bruised reed HE Will Not Break, and a smoldering wick HE Will Not Snuff Out.

In Faithfulness HE Will Bring Forth Justice;
4HE Will Not Falter or Be Discouraged
till HE Establishes Justice on earth.
In His Teaching the islands will put their hope.”

5This Is What GOD The Lord Says—
The Creator of the heavens, Who Stretches them Out,
Who Spreads Out the earth with all that springs from it,
Who Gives breath to its people,
and life to those who walk on it:

6“I, The Lord, Have Called YOU in Righteousness;

I Will Take hold of YOUR Hand.

I Will Keep YOU and Will Make YOU
to be a Covenant for the people
and a Light for the Gentiles, 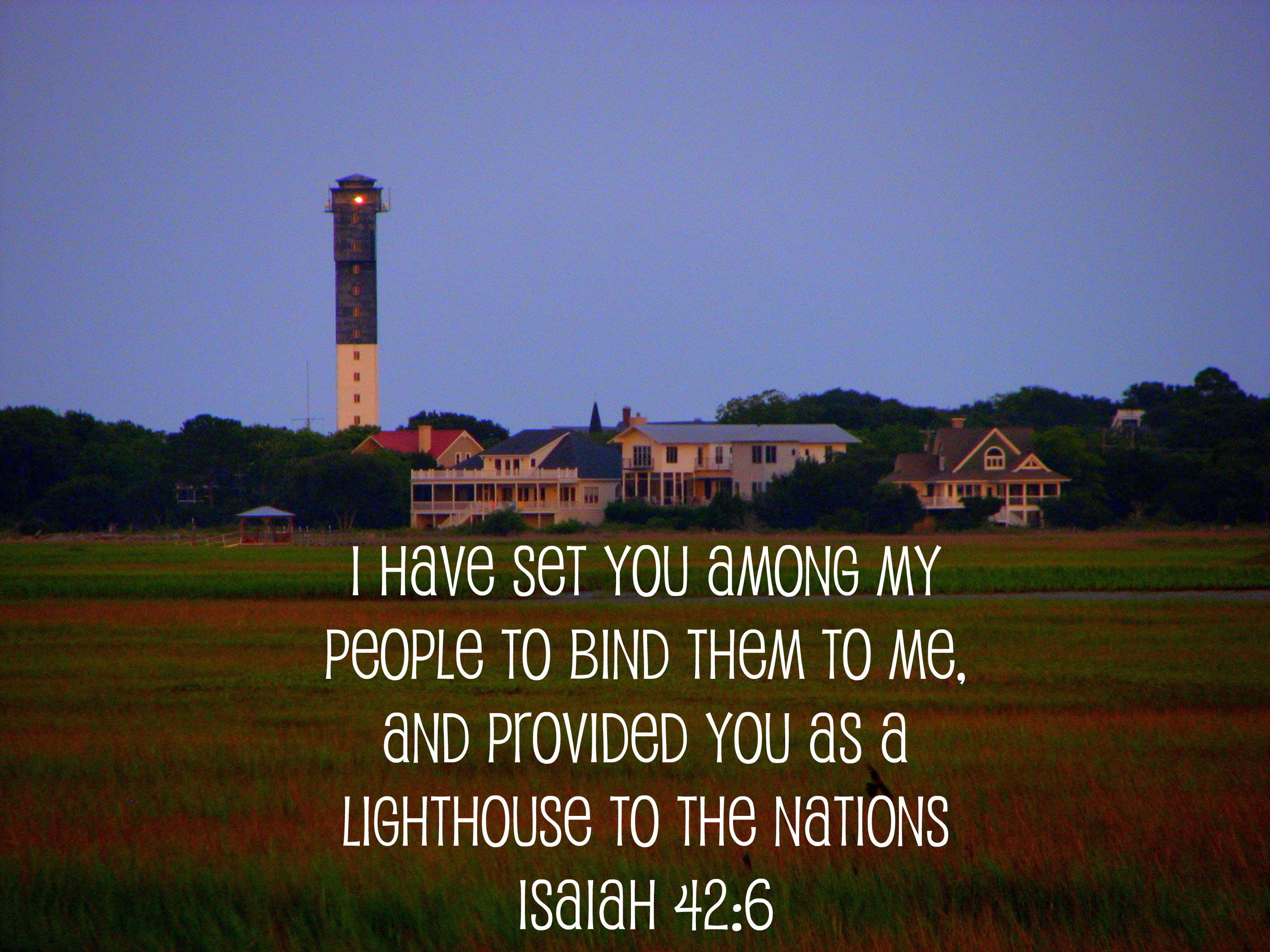 7to open eyes that are blind,
to free captives from prison
and to release from the dungeon those who sit in darkness.

I Will Not Yield My Glory to another
or My Praise to idols.
9See, the former things have taken place,
and new things I Declare;
before they spring into being
I Announce them to you.” 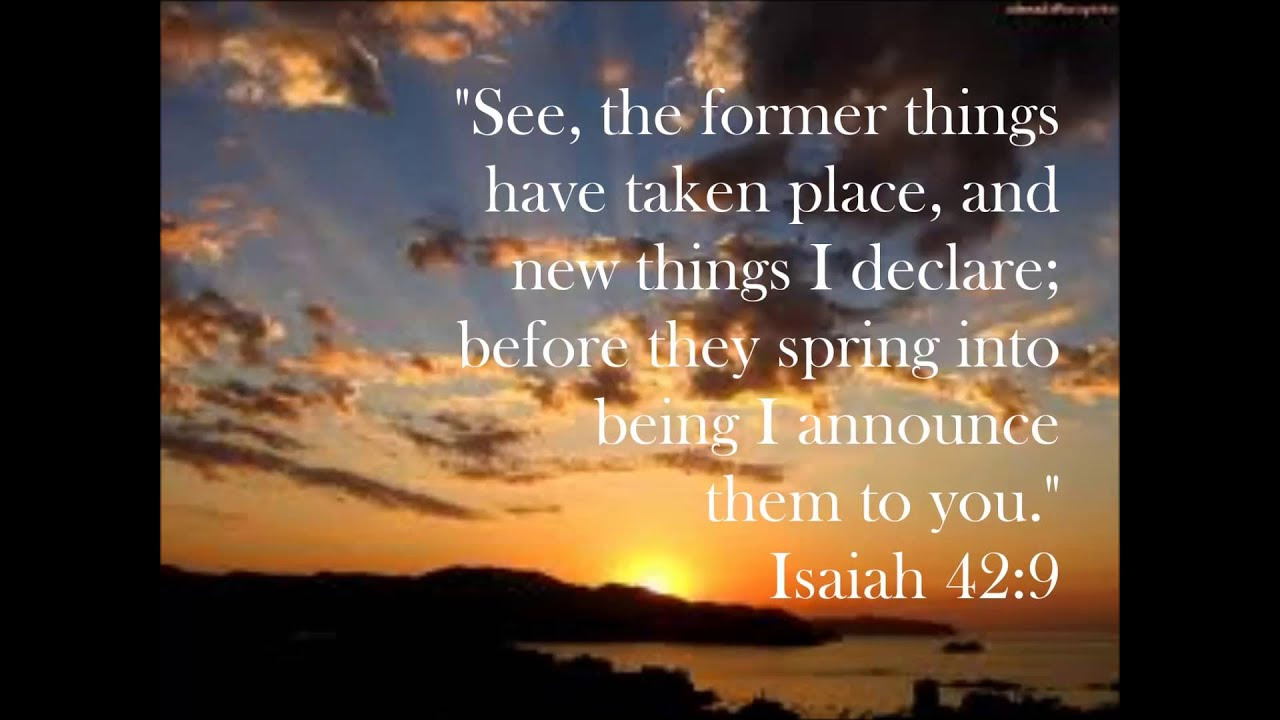 Song of Praise to The Lord

10Sing to The Lord a new song,
His Praise from the ends of the earth,
you who go down to the sea, and all that is in it,
you islands, and all who live in them.
11Let the wilderness and its towns raise their voices;
let the settlements where Kedar lives rejoice.
Let the people of Sela sing for joy;
let them shout from the mountaintops.
12Let them give Glory to The Lord
and proclaim His Praise in the islands.
13The Lord Will March Out like a champion,
like a warrior HE Will Stir Up His Zeal;
with a shout HE Will Raise the battle cry
and Will Triumph Over His enemies.

14“For a long time I Have Kept Silent,
I Have Been Quiet and Held Myself Back.
But now, like a woman in childbirth,
I Cry Out, I Gasp and Pant.
15I Will Lay waste the mountains and hills
and Dry Up all their vegetation;
I Will Turn rivers into islands
and dry up the pools.
16I Will Lead the blind by ways they have not known,
along unfamiliar paths I Will Guide them;
I Will Turn the darkness into light before them
and Make the rough places smooth.
These are the things I Will Do;
I Will Not Forsake them.
17But those who trust in idols,
who say to images, ‘You are our gods,’
will be turned back in utter shame.

18“Hear, you deaf;
look, you blind, and see!
19Who is blind but My servant,
and deaf like the messenger I Send?
Who is blind like the one in covenant with ME,
blind like the servant of The Lord?
20You have seen many things, but you pay no attention;
your ears are open, but you do not listen.”
21It pleased The Lord
for the sake of His Righteousness
to make His Law Great and Glorious.
22But this is a people plundered and looted,
all of them trapped in pits
or hidden away in prisons.
They have become plunder,
with no one to rescue them;
they have been made loot,
with no one to say, “Send them back.”
23Which of you will listen to this
or pay close attention in time to come?
24Who handed Jacob over to become loot,
and Israel to the plunderers?
Was It Not The Lord,
against whom we have sinned?
For they would not follow His Ways;
they did not obey His Law.
25So HE Ooured Out on them His Burning Anger,
the violence of war.
It enveloped them in flames, yet they did not understand;
it consumed them, but they did not take it to heart.

This chapter is a continuation of the same general subject which was presented in the two previous chapters. It is to be regarded (see the analysis of Isaiah 40) as addressed to the exile Jews in Babylon, and near the close of their captivity, and the general object is to induce them to repose confidence in GOD, and to assure them of deliverance. The primary purpose of these chapters, therefore, is, to direct the attention to him who was to be raised up front the east, to rescue them from their bondage, that is, Cyrus the Great.

But in doing this, the mind of the prophet, by the laws of prophetic suggestion, is also led to a far Greater Deliverer, The MESSIAH and so entirely, and intently at times, as to lose sight altogether of Cyrus; and the restoration of the Jews to their own land is forgotten in the sublime contemplation of the redemption of the world.

In the previous chapters, the attention of the prophet had been particularly directed to Cyrus, with an occasional reference to The MESSIAH. In the commencement of this chapter, he seems to have lost sight of Cyrus altogether and to have fixed his attention wholly on the Future MESSIAH. The chapter is occupied mainly, or entirely, with a description of the Character and Work of The MESSIAH.

The purpose for which The MESSIAH Is Introduced is to convince the Jews that GOD Was their Protector, and that it was His Purpose that the Long-Promised Prince and SAVIOR Should yet Arise from their restored and recovered nation. Of course, if this was to occur, their national existence would be preserved. There is, therefore, in the chapter, a reference to their return to their own land, though the main scope relates to The MESSIAH.

The chapter may be divided into two portions.


In the first Isaiah 42:1-9, the prophet describes The MESSIAH. YAHWEH Is Introduced as speaking, and in Isaiah 42:1-4 HE Describes His Character. HE Is The Servant of YAHWEH, Endowed with the Fullness of The Divine SPIRIT; Meek, and Lowly, and Gentle, and Kind; Unobtrusive and Noiseless in His Movements, and yet Securing the conquest of truth. YAHWEH then Isaiah 42:5-7, Addresses The MESSIAH Himself Directly, and States the object for which HE Had Appointed Him, to be a Light to the Gentiles, to Open the eyes of the blind, and to be the Pledge of the Covenant between Him and His people. In Isaiah 42:8-9, YAHWEH Turns to the people for whom the prophecy was given, and Awakens their attention to the subject, Reminds them of the predictions which had been made, and Says that the fulfillment of this prophecy, like all former predictions, would demonstrate His Superiority Over idols, and Show that HE Was the True GOD.

The second part of the chapter Isaiah 42:10-25, consists mainly of a call on the world, and especially on the exile Jews, to rejoice in view of the truth here announced. This general call contains the following portions or parts:

(2) In Isaiah 42:13-17, YAHWEH Speaks particularly of the deliverance of His people and of the certainty of its being accomplished. HE Had long Delayed to interpose; but now HE Would Come Forth in His Strength, and Destroy His foes and Redeem His people, and Make darkness light before them, while all the worshipers of idols should be left without defense or aid.

(3) The people of Israel are addressed directly, and their character and duty presented Isaiah 42:18-25. They are addressed as a people blind and deaf, and are admonished to rouse themselves, and to strive to attain to True Knowledge. Notwithstanding all that GOD Had Done for them, and all His Gracious Interposition, they had hardened their hearts, and shut their eyes, and had steeled themselves against every good impression. For this GOD Had Punished them. HE Had Given them as a spoil to their enemies, and overwhelmed them in grievous and long-continued calamities. They were now called to attend to His Instructions and Promises, and be an obedient people.