Our REDEEMER JESUS—The LORD ALMIGHTY Is His Name—Is The HOLY ONE of Israel.


The Fall of Babylon

1 “Go down, sit in the dust,
Virgin Daughter Babylon;
sit on the ground without a throne,
queen city of the Babylonians.a
No more will you be called
tender or delicate.
2 Take millstones and grind flour;
take off your veil.
Lift up your skirts, bare your legs,
and wade through the streams.
3 Your nakedness will be exposed
and your shame uncovered.
I will take vengeance;
I will spare no one.” 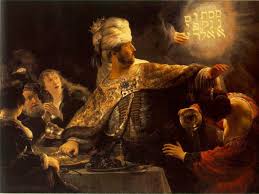 4 Our REDEEMERr—The LORD ALMIGHTY Is His Name—


Is The HOLY ONE of Israel. 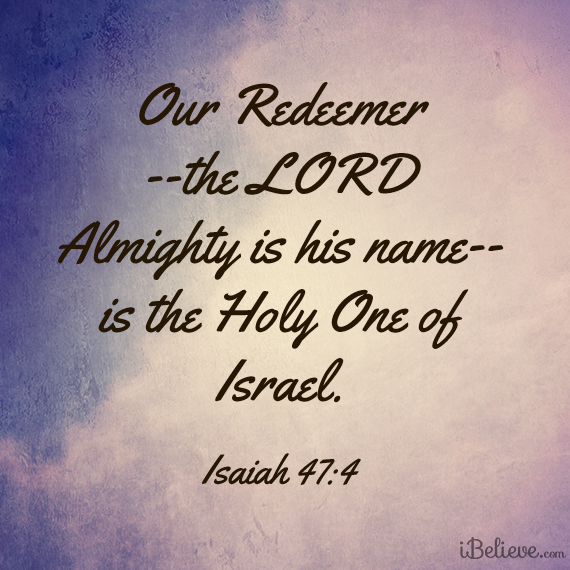 5“Sit in silence, go into darkness,
queen city of the Babylonians;
no more will you be called
queen of kingdoms.

6 I Was Angry With My people
and Desecrated My Inheritance;
I Gave them into your hand,
and you Showed them no mercy.
Even on the aged
you laid a very heavy yoke.

7You said, ‘I am forever—
the eternal queen!’
But you did not consider these things
or reflect on what might happen.
8“Now then, listen, you lover of pleasure,
lounging in your security
and saying to yourself,
‘I am, and there is none besides me.
I will never be a widow
or suffer the loss of children.’
9Both of these will overtake you
in a moment, on a single day:
loss of children and widowhood.
They will come upon you in full measure,
in spite of your many sorceries
and all your potent spells.
10You have trusted in your wickedness
and have said, ‘No one sees me.’
Your wisdom and knowledge mislead you
when you say to yourself,
‘I am, and there is none besides me.’ 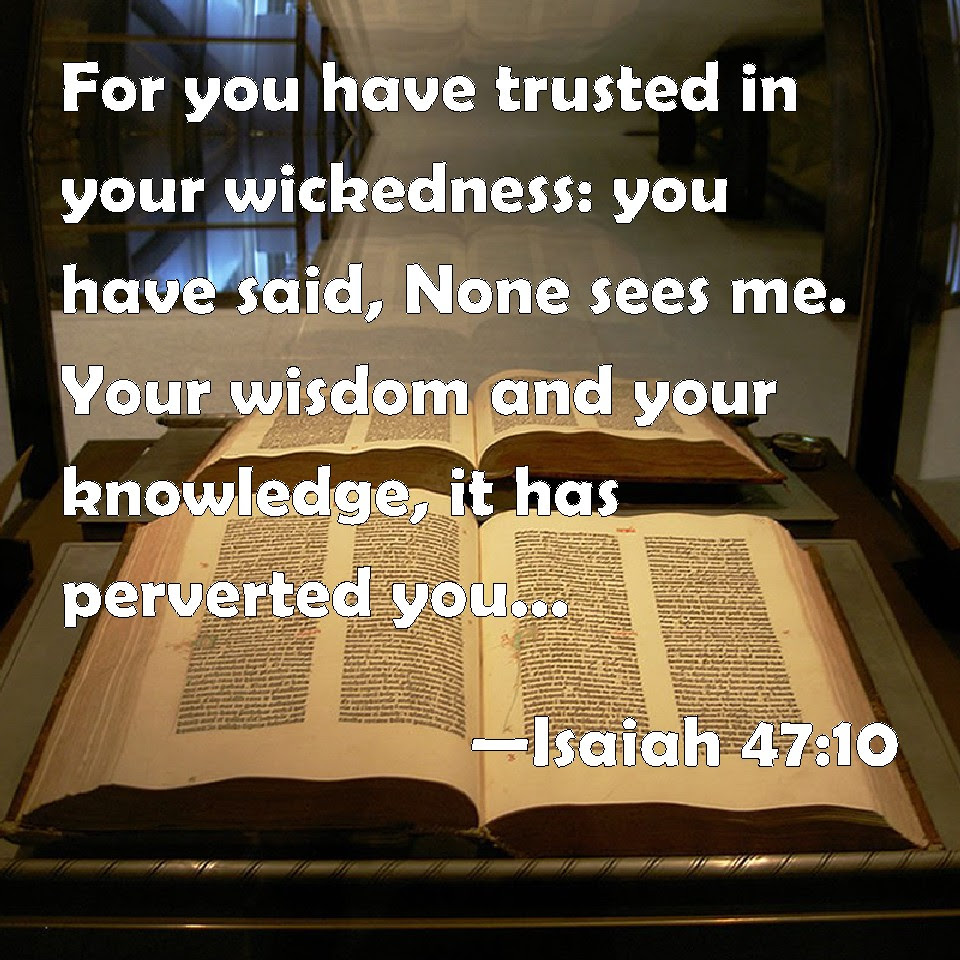 11Disaster will come upon you,
and you will not know how to conjure it away.
A calamity will fall upon you
that you cannot ward off with a ransom;
a catastrophe you cannot foresee
will suddenly come upon you.
12“Keep on, then, with your magic spells
and with your many sorceries,
which you have labored at since childhood.
Perhaps you will succeed,
perhaps you will cause terror.
13All the counsel you have received has only worn you out!
Let your astrologers come forward,
those stargazers who make predictions month by month,
let them save you from what is coming upon you.
14Surely they are like stubble;
the fire will burn them up.
They cannot even save themselves
from the power of the flame.
These are not coals for warmth;
this is not a fire to sit by.
15That is all they are to you—
these you have dealt with
and labored with since childhood.
All of them go on in their error;
there is not one that can save you.

This chapter is a prophecy of the destruction of Babylon and declares the causes of it. The mean, low, and miserable condition Babylon and the Chaldeans should be brought into by The Lord, The REDEEMER of His people, Is Described, Isaiah 47:1, the causes of it are their cruelty to the Jews, Isaiah 47:6, their pride and carnal security, Isaiah 47:7 their sorceries and enchantments, and trust in their own wisdom, Isaiah 47:9, wherefore their destruction should come suddenly upon them, and they should not be able to put it off by any means, Isaiah 47:11, their magic art, and astrology, which they boasted of, by them they could neither foresee nor withstand their ruin, which would be of no avail to them, Isaiah 47:12, nor their merchants either, Isaiah 47:15.

In the Book of Revelation, the destruction of Babylon, a city which seems to be a symbol of every kind of evil, is foretold.

A second angel followed and said, “‘Fallen! Fallen is Babylon the Great,’ which made all the nations drink the maddening wine of her adulteries.” 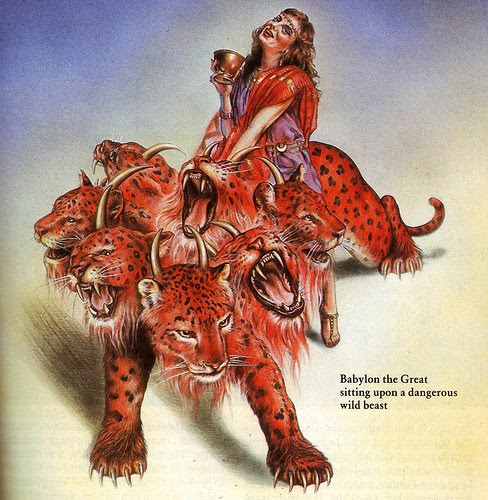 The connection with the actual historical city of Babylon is usually held to be metaphorical. It may be that "Babylon" is used here as a metaphor, dysphemism, or 'code word' for the power of the Roman Empire, which was oppressing the church much as the Babylonian empire had oppressed the Jewish people in Old Testament times; with the reason given usually being that it was not considered safe or prudent to speak openly against Rome.

Elsewhere in the Book of Revelation, Babylon is the name of a whore who rules over the kings of the earth and rides upon a seven-headed beast. In one of the Bible's most famous cases of numerology, the beast is commonly believed to have the identifying number 666, which has often been linked with Nero.

Whom or what Babylon refers to in the Book of Revelation has been the subject of much speculation over the centuries:

As noted above, the standard scholarly interpretation is that Babylon symbolizes Rome and the "Whore of Babylon" therefore either refers to the Roman emperor, or personified the power of the Roman Empire under whom many early Christians and Jews were persecuted, tortured, and martyred for their beliefs because they would not submit to the Roman Emperor as a god. Many scholars believe that the early Christians used "Babylon" as a euphemism for pagan Rome, so that their small community wouldn't be found out and persecuted even more.


Some Fundamentalist Protestant  commentaries on the Book of Revelation treat the references to the city Babylon in Revelation as both the City of Rome and the Roman Catholic Church personified in the institution of the papacy. Some Protestant denominations today do not give credence to such arguments however.