The ANGEL Of JEHOVAH Put To Death 185,000 Assyrians Overnight

1When King Hezekiah heard this, he tore his clothes 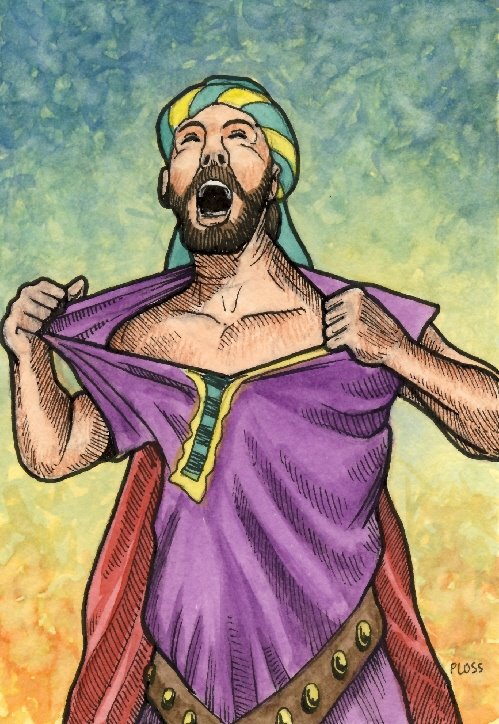 and put on sackcloth and went into The Temple of The Lord.

2He sent Eliakim the palace administrator, Shebna the secretary, and the leading priests, all wearing sackcloth, to the prophet Isaiah son of Amoz. 3They told him, “This is what Hezekiah says: This day is a day of distress and rebuke and disgrace, as when children come to the moment of birth and there is no strength to deliver them. 4It may be that The Lord your GOD Will Hear the words of the field commander, whom his master, the king of Assyria, has sent to ridicule The Living GOD, and that HE Will Rebuke him for the words The Lord your GOD Has Heard. Therefore pray for the remnant that still survives.”

5When King Hezekiah’s officials came to Isaiah, 6Isaiah said to them, “Tell your master, ‘This Is What The Lord Says:

Do not be afraid of what you have heard—those words with which the underlings of the king of Assyria have blasphemed ME. 7Listen! When he hears a certain report, I Will Make him want to return to his own country, and there I Will Have him Cut Down with the sword.’ ”

8When the field commander heard that the king of Assyria had left Lachish, he withdrew and found the king fighting against Libnah.

9Now Sennacherib received a report that Tirhakah, the king of Cush,a was marching out to fight against him. When he heard it, he sent messengers to Hezekiah with this word: 10“Say to Hezekiah king of Judah: Do not let The GOD you depend on Deceive you When HE Says, ‘Jerusalem will not be given into the hands of the king of Assyria.’ 11Surely you have heard what the kings of Assyria have done to all the countries, destroying them completely. And will you be delivered? 12Did the gods of the nations that were destroyed by my predecessors deliver them—the gods of Gozan, Harran, Rezeph and the people of Eden who were in Tel Assar? 13Where is the king of Hamath or the king of Arpad? Where are the kings of Lair, Sepharvaim, Hena and Ivvah?”

14Hezekiah received the letter from the messengers and read it. Then he went up to The Temple of The Lord and spread it out Before The Lord. 15And Hezekiah prayed to The Lord: 16“Lord ALMIGHTY, The GOD of Israel, Enthroned between the cherubim, YOU Alone Are GOD Over all the kingdoms of the earth. YOU Have Made heaven and earth. 17Give ear, Lord, and Hear; Open YOUR Eyes, Lord, and See; Listen To all the words Sennacherib has sent to ridicule The Living GOD. 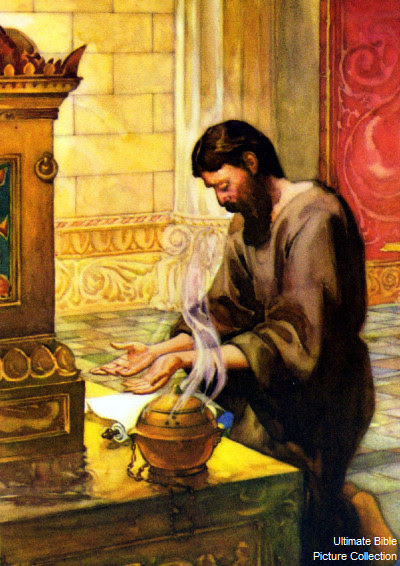 18“It is true, Lord, that the Assyrian kings have laid waste all these peoples and their lands. 19They have thrown their gods into the fire and destroyed them, for they were not gods but only wood and stone, fashioned by human hands. 20Now, Lord our GOD, Deliver us from his hand, so that all the kingdoms of the earth may know that YOU, Lord, Are The ONLY GOD.b ”

21Then Isaiah son of Amoz sent a message to Hezekiah:

“This Is What The Lord, The GOD of Israel, Says:

Because you have prayed to ME concerning Sennacherib king of Assyria, 22 This Is The WORD The Lord Has Spoken Against him:

“Virgin Daughter Zion
despises and mocks you.
Daughter Jerusalem
tosses her head as you flee.
23Who Is It you have ridiculed and blasphemed?
Against Whom have you raised your voice
and lifted your eyes in pride?
Against The Holy ONE of Israel!
24By your messengers
you have ridiculed The Lord.
And you have said,
‘With my many chariots
I have ascended the heights of the mountains,
the utmost heights of Lebanon.
I have cut down its tallest cedars,
the choicest of its junipers.
I have reached its remotest heights,
the finest of its forests.
25I have dug wells in foreign landsc
and drunk the water there.
With the soles of my feet
I have dried up all the streams of Egypt.’
26“Have you not heard?
Long ago I Ordained it.
In days of old I Planned it;
now I Have Brought it To Pass,
that you have turned fortified cities
into piles of stone.
27Their people, drained of power,
are dismayed and put to shame.
They are like plants in the field,
like tender green shoots,
like grass sprouting on the roof,
scorchedd before it grows up.
28“But I Know where you are
and when you come and go
and how you rage against ME.
29Because you rage against ME
and because your insolence has reached My Ears,
I Will Put My Hook in your nose
and My Bit in your mouth,
and I Will Make you return
by the way you came.

30“This will be the sign for you, Hezekiah:
“This year you will eat what grows by itself,
and the second year what springs from that.
But in the third year sow and reap,
plant vineyards and eat their fruit.
31Once more a remnant of the kingdom of Judah
will take root below and bear fruit above.
32For out of Jerusalem will come a remnant,
and out of Mount Zion a band of survivors.
The Zeal of The Lord ALMIGHTY
Will Accomplish this.

35“I will defend this city and save it,
for My Sake and for the sake of David My servant!”

36 Then The Angel of The Lord went out and put to death a hundred and eighty-five thousand in the Assyrian camp. When the people got up the next morning—there were all the dead bodies! 37So Sennacherib king of Assyria broke camp and withdrew. He returned to Nineveh and stayed there.

38One day, while he was worshiping in the temple of his god Nisrok, his sons Adrammelek and Sharezer killed him with the sword, and they escaped to the land of Ararat.

And Esarhaddon his son succeeded him as king.

This chapter contains a continuation of the historical narrative commenced in the previous chapter. Hezekiah went with expressions of grief to The Temple, to spread the cause of his distress Before The Lord Isaiah 37:1. He sent his officials to Isaiah to ask his counsel in the time of the general distress Isaiah 37:2-5. Isaiah replied that he should not be afraid of the Assyrian, for that he should soon be destroyed Isaiah 37:6-7.

The return of Rabshakeh to Sennacherib Isaiah 37:8. Sennacherib heard that Tirhakah, king of Ethiopia, was preparing to make war upon him, and sent another messengers, with substantially the same message as the former, to induce him to surrender Isaiah 37:9-13. Hezekiah having read the letter which he sent, went again to The Temple, and spread it Before The Lord Isaiah 37:14. His prayer is recorded Isaiah 37:15-20. Isaiah, in answer to his prayer, reproves the pride and arrogance of Sennacherib, and gives the assurance that Jerusalem shall be safe, and that the Assyrian shall be destroyed Isaiah 37:21-35.

The chapter closes with an account of the destruction of the army of the Assyrians, and the death of Sennacherib Isaiah 37:36-38.