We Can Not Change Ourselves; GOD The HOLY SPIRIT Does

1Like snow in summer or rain in harvest,
honor is not fitting for a fool. 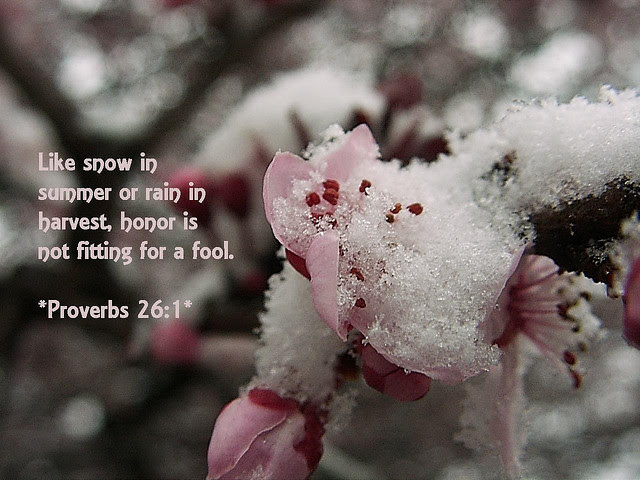 2Like a fluttering sparrow or a darting swallow,
an undeserved curse does not come to rest.
3A whip for the horse, a bridle for the donkey,
and a rod for the backs of fools!
4Do not answer a fool according to his folly,
or you yourself will be just like him. 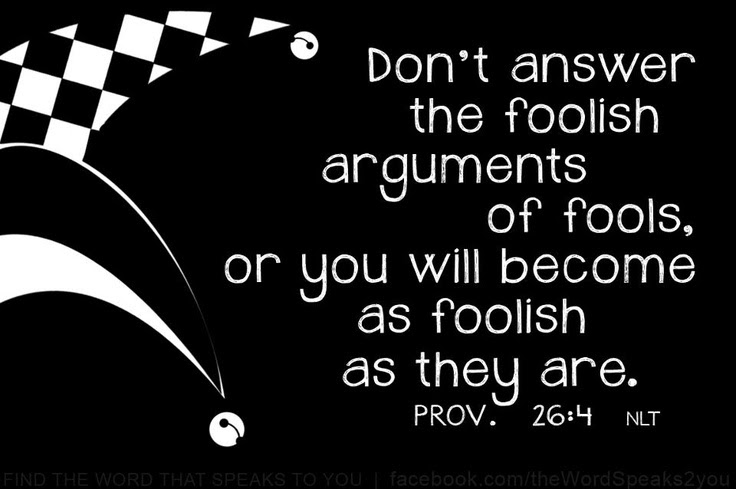 5Answer a fool according to his folly,
or he will be wise in his own eyes.
6Sending a message by the hands of a fool
is like cutting off one’s feet or drinking poison.
7Like the useless legs of one who is lame
is a proverb in the mouth of a fool.
8Like tying a stone in a sling
is the giving of honor to a fool.
9Like a thornbush in a drunkard’s hand
is a proverb in the mouth of a fool.
10Like an archer who wounds at random
is one who hires a fool or any passer-by.
11 As a dog returns to its vomit,
so fools repeat their folly.
12Do you see a person wise in their own eyes?
There is more hope for a fool than for them.
13A sluggard says, “There’s a lion in the road,
a fierce lion roaming the streets!”
14As a door turns on its hinges,
so a sluggard turns on his bed.

15A sluggard buries his hand in the dish;
he is too lazy to bring it back to his mouth.

16A sluggard is wiser in his own eyes
than seven people who answer discreetly.
17Like one who grabs a stray dog by the ears
is someone who rushes into a quarrel not their own.
18Like a maniac shooting
flaming arrows of death
19is one who deceives their neighbor
and says, “I was only joking!”

20Without wood a fire goes out;
without a gossip a quarrel dies down. 21As charcoal to embers and as wood to fire,
so is a quarrelsome person for kindling strife.
22The words of a gossip are like choice morsels;
they go down to the inmost parts.
23Like a coating of silver dross on earthenware
are ferventa lips with an evil heart.
24Enemies disguise themselves with their lips,
but in their hearts they harbor deceit. 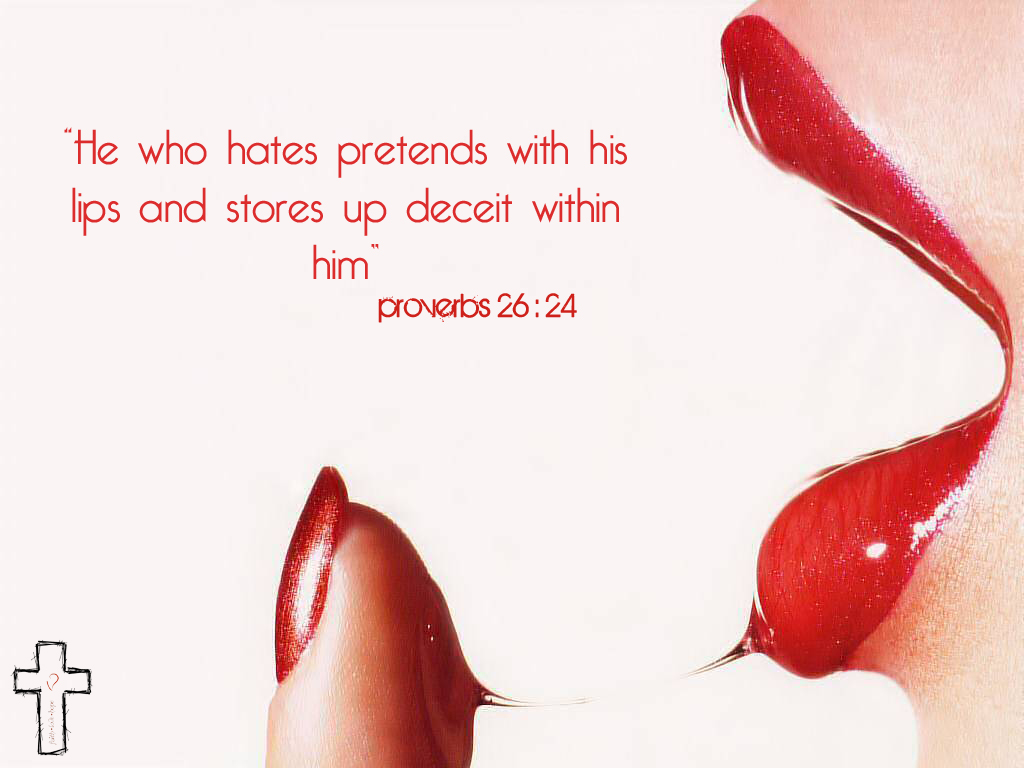 25Though their speech is charming, do not believe them,
for seven abominations fill their hearts.
26Their malice may be concealed by deception,
but their wickedness will be exposed in the assembly.
27Whoever digs a pit will fall into it;
if someone rolls a stone, it will roll back on them.
28A lying tongue hates those it hurts,
and a flattering mouth works ruin.

As a dog returns to its vomit,
so fools repeat their folly

They prove the truth of this proverb: "A dog returns to its vomit." And another says, "A washed pig returns to the mud.”

A dog returns to its vomit - The meaning of the proverbs here quoted is, that they have returned to their former evil manner of life. Under all the appearances of reformation, still their evil nature remained, as really as that of the dog or the pig, and that nature finally prevailed.

There was no thorough internal change, any more than there is in the swine when it is washed, or in the dog. This passage, therefore, would seem to demonstrate that there never had been any real change of heart, and of course there had been no falling away from true religion. It should not therefore to prove that true Christians may fall from grace and perish. The dog and the swine had never been anything else than the dog and the swine, and these persons had never been anything else than sinners.

The passage would seem to imply, that whatever pains should be taken to change the habits of the dog, he would return to them again. The quotation here is from Proverbs 26:11; “As a dog returns to his vomit, so a fool returns to his folly.” The dog was reckoned among the most vile and disgusting of all animals. Compare Deuteronomy 23:18; 1 Samuel 17:43; 2 Samuel 3:8; 2 Samuel 9:8; 2 Samuel 16:9; Matthew 7:6; Philippians 3:2.

A washed pig returns to the mud - This proverb is not found in the Old Testament, but its meaning is plain, and of the truth of what is affirmed no one can have any doubt. No matter how clean the swine is made by washing, this would not prevent it, in the slightest degree, from rolling in filth again.

It will act out its real nature. So it is with the sinner. No external reformation will certainly prevent his returning to his former habits; and when he does return, we can only say that he is acting according to his real nature - a nature which has never been changed, any more than the nature of the dog or the swine.

This passage is often quoted to prove "the possibility of falling from grace, and from a very high degree of it too." But it is one of the last passages in the Bible that should be adduced to prove that doctrine. The true point of this passage is to show that the persons referred to never "were changed;" that whatever external reformation might have occurred, their nature remained the same; and that when they apostatized from their outward profession, they merely acted out their nature, and showed that in fact there had been "no" real change.

This passage will prove - what there are abundant facts to confirm - that persons may reform externally, and then return again to their former corrupt habits; it can never be made to prove that one true Christian will fall away and perish. It will also prove that we should rely on no mere external reformation, no outward cleansing, as certain evidence of piety. Thousands who have been externally reformed have ultimately shown that they had no true faith in them, and there is nothing in mere outward reformation that can suit us for heaven.

GOD Looks Upon the heart; and it is only the religion that has its seat there, that can secure our final salvation.