All Will Know That JESUS Is THE LORD


1The Word of The Lord Came To me: 2“Son of man, prophesy against the prophets of Israel who are now prophesying. Say to those who prophesy out of their own imagination: ‘Hear The WORD of The Lord! 3This Is What The SOVEREIGN LORD Says: Woe to the foolish prophets who follow their own spirit and have seen nothing! 4Your prophets, Israel, are like jackals among ruins. 5You have not gone up to the breaches in the wall to repair it for the people of Israel so that it will stand firm in the battle on The Day of The Lord. 6Their visions are false and their divinations a lie. Even though The Lord Has Not Sent them, they say, “The Lord Declares,” and expect Him To Fulfill their words. 7Have you not seen false visions and uttered lying divinations when you say, “The Lord Declares,” though I Have Not Spoken? 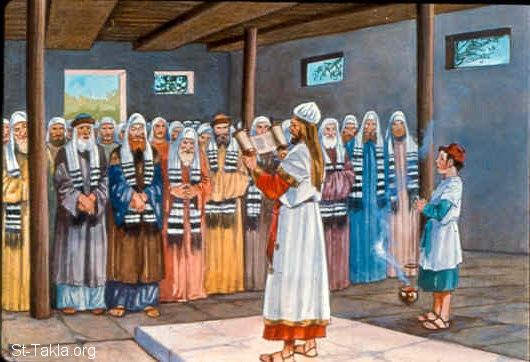 8“ ‘Therefore This Is What The Sovereign Lord Says: Because of your false words and lying visions, I AM Against you, Declares The SOVEREIGN LORD. 9My Hand will be against the prophets who see false visions and utter lying divinations. They will not belong to the council of My people or be listed in the records of Israel, nor will they enter the land of Israel.

Then you will know that I AM The Sovereign Lord.

10“ ‘Because they lead My people astray, saying, “Peace,” when there is no peace, and because, when a flimsy wall is built, they cover it with whitewash, 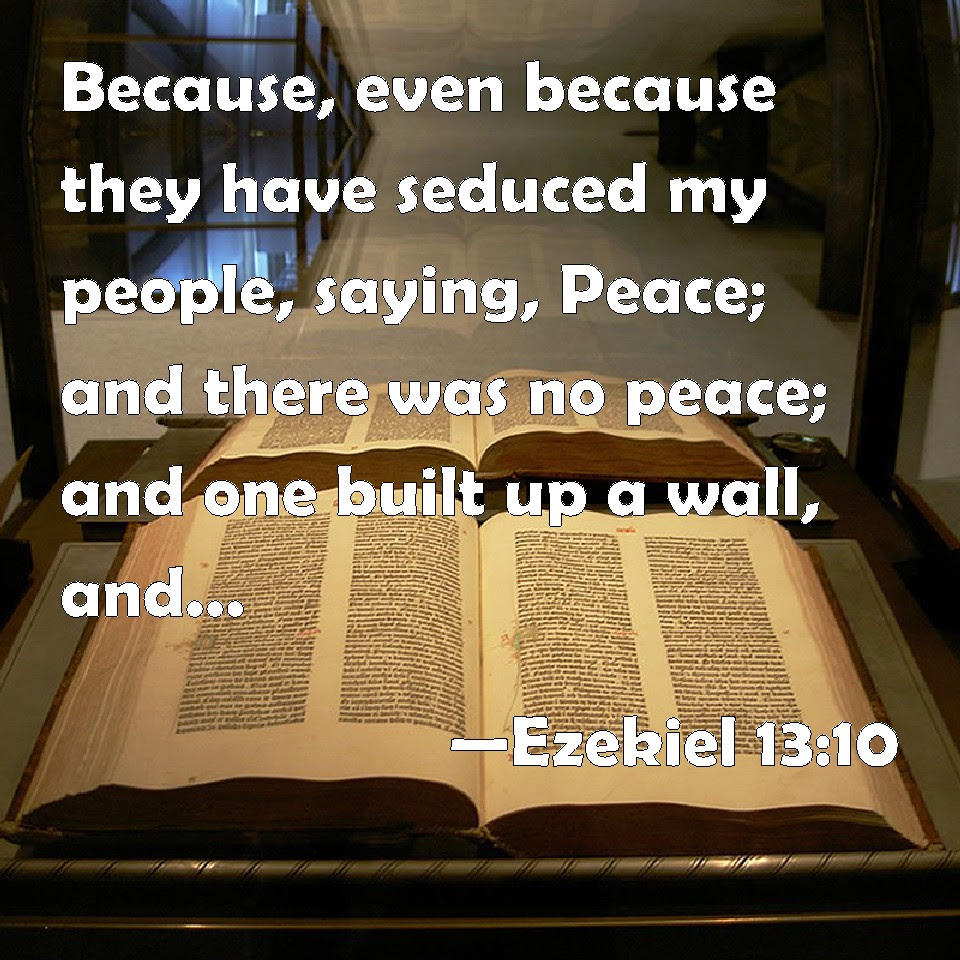 11therefore tell those who cover it with whitewash that it is going to fall. Rain will come in torrents, and I Will Send hailstones hurtling down, and violent winds will burst forth. 12When the wall collapses, will people not ask you, “Where is the whitewash you covered it with?”

13“ ‘Therefore This Is What The Sovereign Lord Says: In My Wrath I Will Unleash a violent wind, and in My Anger hailstones and torrents of rain will fall with destructive fury. 14I Will Tear Down the wall you have covered with whitewash and Will Level it to the ground so that its foundation will be laid bare. When it falls, you will be destroyed in it;

and you will know that I AM The Lord. 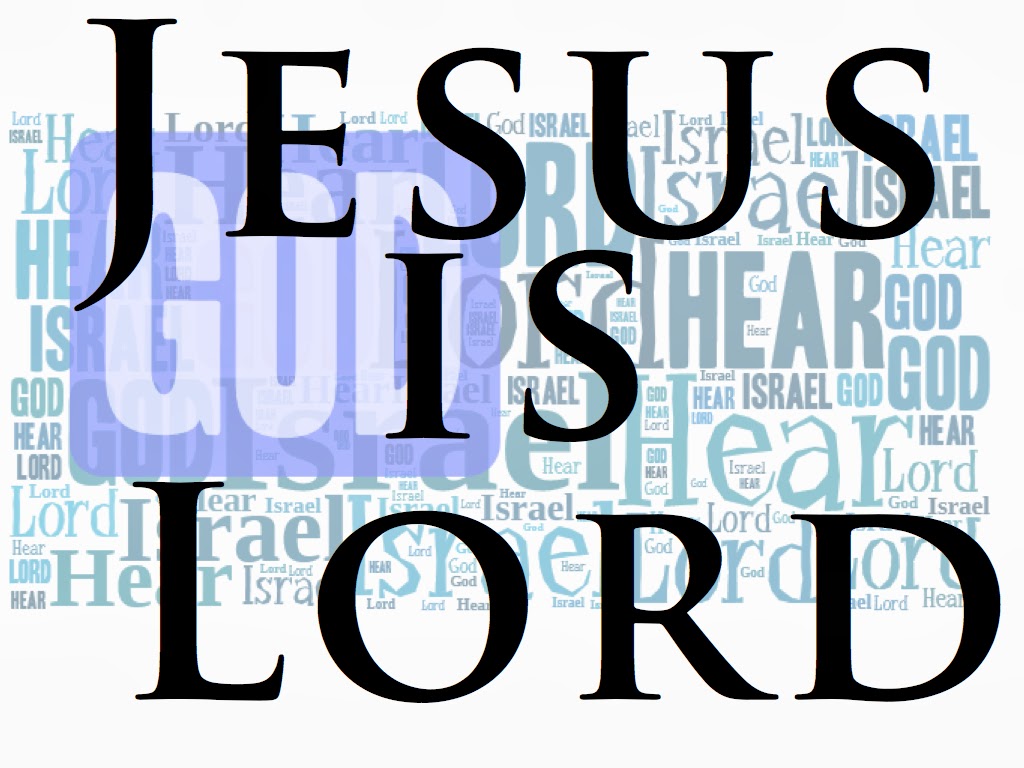 15So I Will Pour Out My Wrath against the wall and against those who covered it with whitewash. I Will Say To you, “The wall is gone and so are those who whitewashed it, 16those prophets of Israel who prophesied to Jerusalem and saw visions of peace for her when there was no peace, Declares The SOVEREIGN LORD.” ’

17“Now, son of man, set your face against the daughters of your people who prophesy out of their own imagination. Prophesy against them 18and say, ‘This Is What The SOVEREIGN LORD Says: Woe to the women who sew magic charms on all their wrists and make veils of various lengths for their heads in order to ensnare people. Will you ensnare the lives of My people but preserve your own?

20“ ‘Therefore This Is What The SOVEREIGN Says: I AM Against your magic charms with which you ensnare people like birds and I Will Tear them from your arms; I Will Set Free the people that you ensnare like birds. 21I Will Tear Off your veils and save My people from your hands, and they will no longer fall prey to your power.

Then you will know that I AM The Lord. 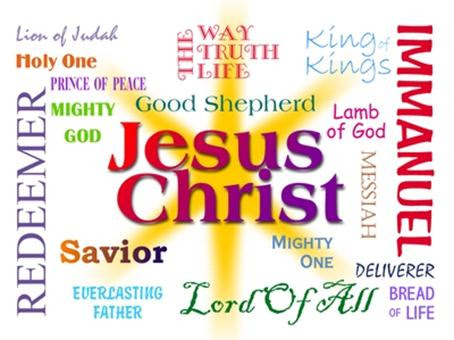 22Because you disheartened the righteous with your lies, When I Had Brought them no grief, and because you encouraged the wicked not to turn from their evil ways and so save their lives, 23therefore you will no longer see false visions or practice divination. I Will Save My people from your hands.

And then you will know that I AM The Lord.’ ”

This chapter denounces heavy Judgments against the lying prophets who flattered the people, in the midst of their sin and danger, with false hopes of peace and security, Ezekiel 13:1-9. The work of these deceivers is beautifully compared to a frail and insolent piece of building, which can never stand against the battering elements of heaven, (the Babylonian forces), which GOD will commission against it, Ezekiel 13:10-16.

In the remaining part of the chapter woes are denounced against false prophetesses who practiced vain rites and divination, with the view of promoting their own gain by deceiving the people, Ezekiel 13:17-23.