Hear The Word Of JEHOVAH Speaking IN HIS SON JESUS!

1The WORD Came to Jeremiah from The Lord when King Zedekiah sent to him Pashhur son of Malkijah and the priest Zephaniah son of Maaseiah. They said: 2“Inquire now of The Lord for us because Nebuchadnezzara king of Babylon is attacking us. Perhaps The Lord Will Perform wonders for us as in times past so that he will withdraw from us.” 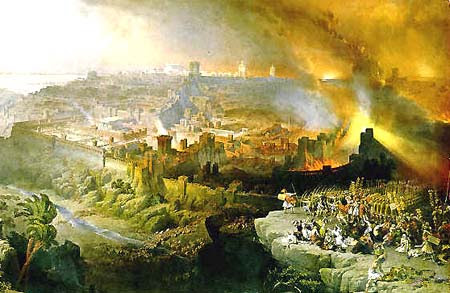 3But Jeremiah answered them, “Tell Zedekiah, 4‘This Is What The Lord, The GOD of Israel, Says: I AM About To Turn against you the weapons of war that are in your hands, which you are using to fight the king of Babylon and the Babyloniansb who are outside the wall besieging you. And I Will Gather them inside this city. 5I Myself Will Fight against you with an Outstretched Hand and a Mighty Arm in Furious Anger and in Great Wrath. 6I Will Strike Down those who live in this city—both man and beast—and they will die of a terrible plague. 7After that, Declares The Lord, I Will Give Zedekiah king of Judah, his officials and the people in this city who survive the plague, sword and famine, into the hands of Nebuchadnezzar king of Babylon and to their enemies who want to kill them.

HE Will Put them to the sword; HE Will Show them no Mercy or Pity or Compassion.’ 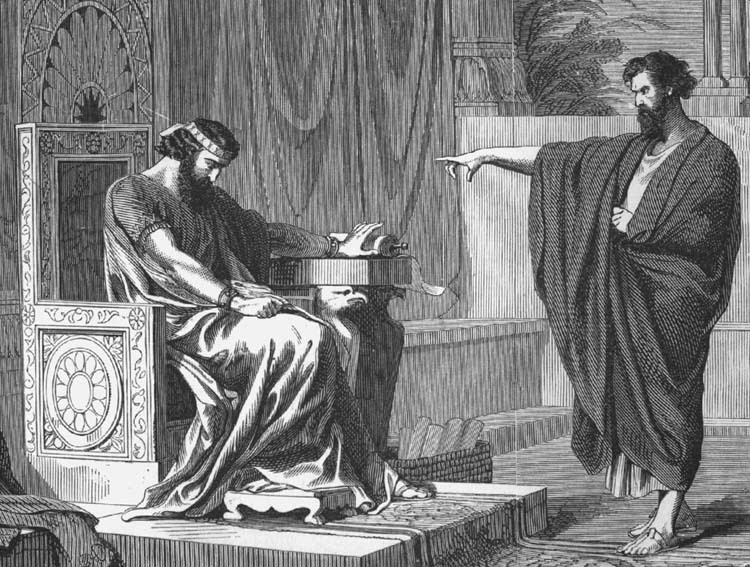 8“Furthermore, tell the people, ‘This is what The Lord Says: See, I am setting before you the way of life and the way of death.9Whoever stays in this city will die by the sword, famine or plague. But whoever goes out and surrenders to the Babylonians who are besieging you will live; they will escape with their lives. 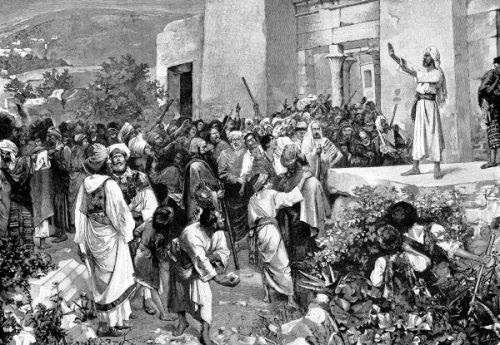 10I Have Determined To Do this city harm and not good, Declares The Lord. It will be given into the hands of the king of Babylon, and he will destroy it with fire.’

11“Moreover, say to the royal house of Judah, ‘Hear The WORD of The Lord. 12This Is What The Lord Says to you, house of David:

“ ‘Administer justice every morning;
rescue from the hand of the oppressor
the one who has been robbed,
or My Wrath Will Break Out and Burn like fire
because of the evil you have done—
burn with no one to quench it.
13I AM against you, Jerusalem,
you who live above this valley
on the rocky plateau, Declares The Lord—
you who say, “Who can come against us?
Who can enter our refuge?”
14I Will Punish you as your deeds deserve,
declares The Lord.
I Will Kindle a fire in your forests
that will consume everything around you.’ ”

The occasion of this prophecy was the embassy sent by Zedekiah to Jeremiah, asking his prayers when the Chaldean(Babylonian) army was advancing upon Jerusalem. So clearly did the prophet foresee the result that he could give the king no hope. His answer, contained in the scroll, divides itself into two parts, in the first Jeremiah 20-22, the prophet reviews the conduct of the royal house: in the second Jeremiah 23:9-40, that of the priests and prophets; closing with a vision Jeremiah 24:1-10 in which he shows the pitiable condition of Zedekiah and his people.