JEHOVAH Saves The One Who Trusts In HIS SON JESUS

1In the ninth year of Zedekiah king of Judah, in the tenth month, Nebuchadnezzar king of Babylon marched against Jerusalem with his whole army and laid siege to it. 2And on the ninth day of the fourth month of Zedekiah’s eleventh year, the city wall was broken through. 3Then all the officials of the king of Babylon came and took seats in the Middle Gate: Nergal-Sharezer of Samgar, Nebo-Sarsekim a chief officer, Nergal-Sharezer a high official and all the other officials of the king of Babylon. 4When Zedekiah king of Judah and all the soldiers saw them, they fled; they left the city at night by way of the king’s garden, through the gate between the two walls, and headed toward the Arabah.a

5But the Babylonianb army pursued them and overtook Zedekiah in the plains of Jericho. They captured him and took him to Nebuchadnezzar king of Babylon at Riblah in the land of Hamath, where he pronounced sentence on him. 6There at Riblah the king of Babylon slaughtered the sons of Zedekiah before his eyes and also killed all the nobles of Judah.

7Then he put out Zedekiah’s eyes

and bound him with bronze shackles to take him to Babylon.

8The Babyloniansc set fire to the royal palace and the houses of the people and broke down the walls of Jerusalem. 9Nebuzaradan commander of the imperial guard carried into exile to Babylon the people who remained in the city, along with those who had gone over to him, and the rest of the people.

10But Nebuzaradan the commander of the guard left behind in the land of Judah some of the poor people, who owned nothing; and at that time he gave them vineyards and fields. 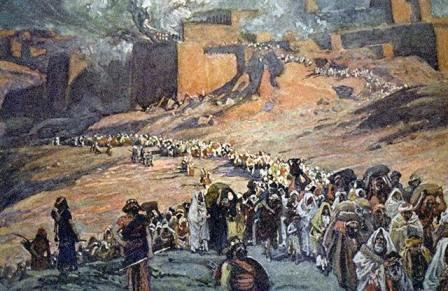 11Now Nebuchadnezzar king of Babylon had given these orders about Jeremiah through Nebuzaradan commander of the imperial guard: 12“Take him and look after him; don’t harm him but do for him whatever he asks.” 13So Nebuzaradan the commander of the guard, Nebushazban a chief officer, Nergal-Sharezer a high official and all the other officers of the king of Babylon 14sent and had Jeremiah taken out of the courtyard of the guard. They turned him over to Gedaliah son of Ahikam, the son of Shaphan, to take him back to his home. So he remained among his own people.

15While Jeremiah had been confined in the courtyard of the guard, 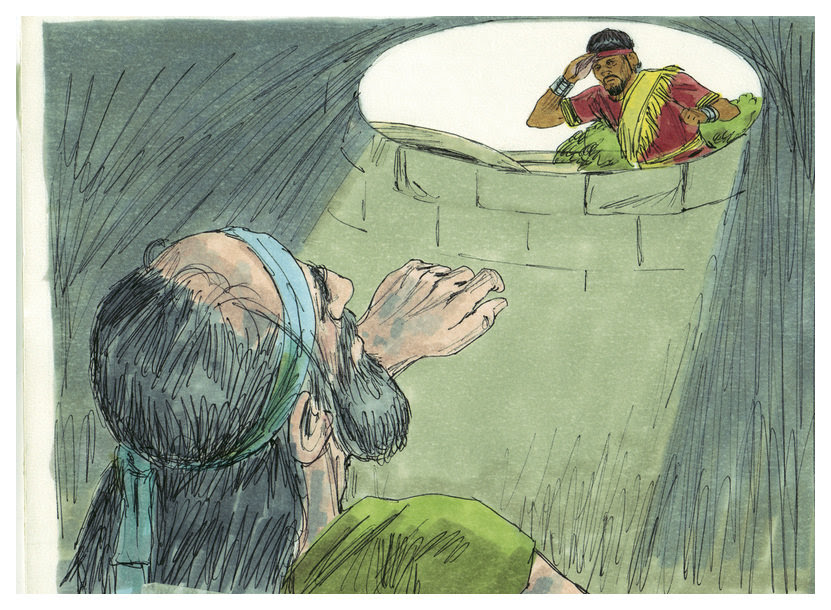 The WORD of The Lord Came to him: 16“Go and tell Ebed-Melek the Cushite, 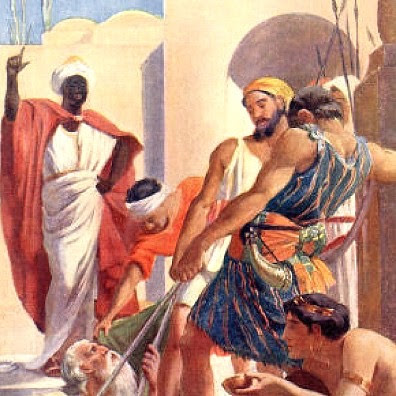 ‘This Is What The Lord ALMIGHTY, The GOD of Israel, Says: I AM About To Fulfill My WORDS against this city—WORDS concerning disaster, not prosperity. At that time they will be fulfilled before your eyes. 17But I Will Rescue you on that day, Declares The Lord; you will not be given into the hands of those you fear. 18I Will Save you; you will not fall by the sword but will escape with your life,

Because you trust in ME, Declares The Lord.’ ”

This chapter gives an account of the taking of Jerusalem by the Babylonians, according to the several prophecies of Jeremiah concerning it. The time of taking it, and by whom, after a siege of eighteen months, Jeremiah 39:1; several things relating to King Zedekiah; his flight; the taking of him; the bringing him to the king of Babylon, and his sentence on him; the execution of that sentence, slaying his sons and nobles, putting out his eyes, and carrying him in chains to Babylon, Jeremiah 39:4.

The destruction of the city is described, by burning the houses in it, breaking down its walls, carrying the people captive, all, except a few poor persons left in the land, Jeremiah 39:8; the preservation of Jeremiah, according to the king of Babylon's orders by his princes; and the committing him to the care of Gedaliah, the governor of the poor Jews, Jeremiah 39:11.