JESUS Is The LORD Our Righteous SAVIOR

1“Woe to the shepherds who are destroying and scattering the sheep of My pasture!” Declares The Lord. 2Therefore This Is What The Lord, The GOD of Israel, Says to the shepherds who tend My people: “Because you have scattered My flock and driven them away and have not bestowed care on them, I Will Bestow Punishment on you for the evil you have done,” Declares The Lord. 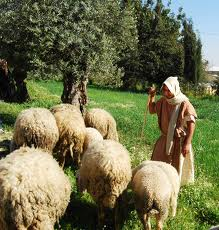 3“I MYSELF Will Gather the remnant of My flock out of all the countries where I Have Driven them and Will Bring them Back to their pasture, where they will be fruitful and increase in number.

4I Will Place shepherds over them who will tend them, and they will no longer be afraid or terrified, nor will any be missing,” Declares The Lord.

5“The days are coming,” Declares The Lord,
“When I Will Raise Up for David a Righteous Branch, 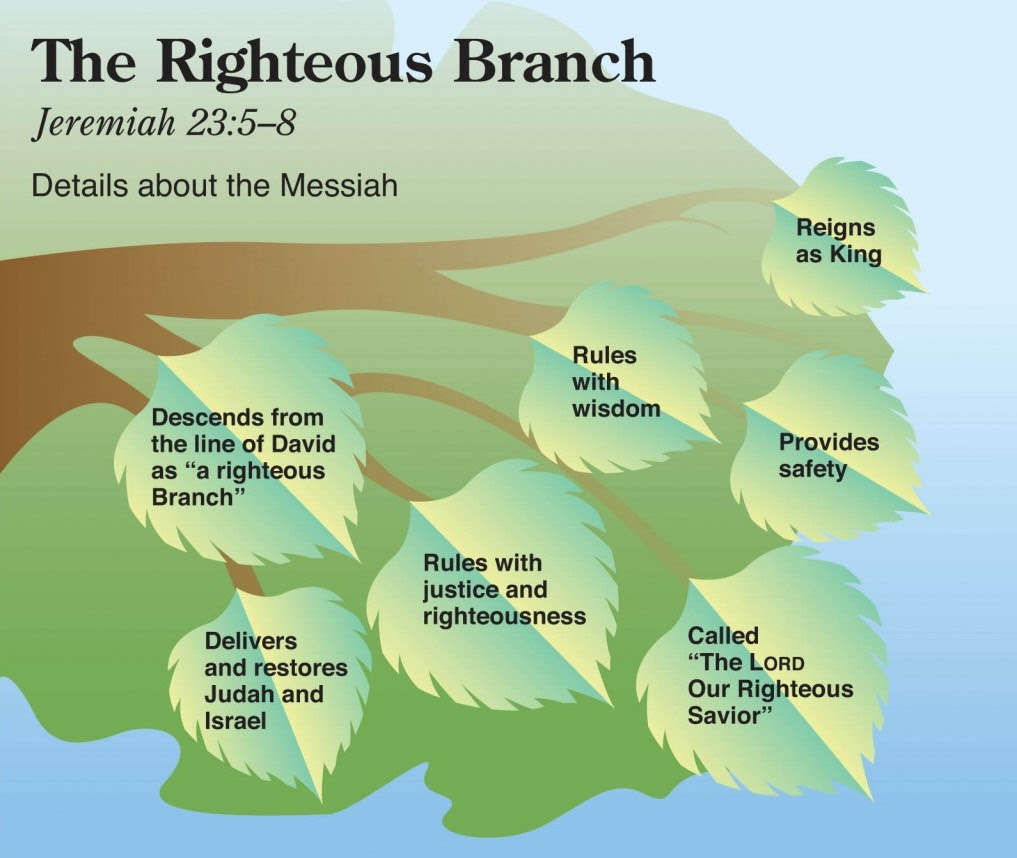 a King Who Will Reign Wisely
and Do what is just and right in the land. 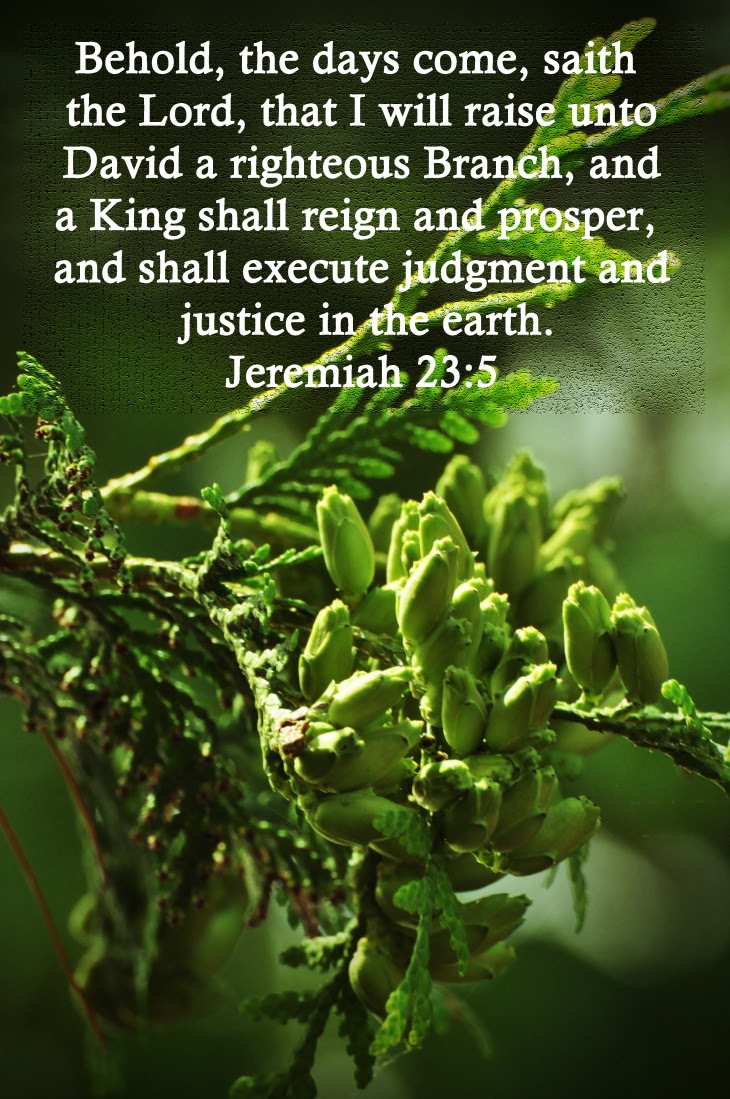 6In His Days Judah will be saved
and Israel will live in safety.

This Is The Name by which HE Will Be Called:

The Lord Our Righteous SAVIOR.

9Concerning the prophets:
My heart is broken within me;
all my bones tremble.
I am like a drunken man,
like a strong man overcome by wine,
because of The Lord
and His Holy WORDS.
10The land is full of adulterers;
because of the curseb the land lies parched
and the pastures in the wilderness are withered.
The prophets follow an evil course
and use their power unjustly.
11“Both prophet and priest are godless;
even in My Temple I Find their wickedness,”

12“Therefore their path will become slippery;
they will be banished to darkness
and there they will fall.
I Will Bring disaster on them
in the year they are punished,”

13“Among the prophets of Samaria
I Saw this repulsive thing:
They prophesied by Baal
and led My people Israel astray.
14And among the prophets of Jerusalem
I Have Seen something horrible:
They commit adultery and live a lie.
They strengthen the hands of evildoers,
so that not one of them turns from their wickedness.
They are all like Sodom to ME;
the people of Jerusalem are like Gomorrah.”

15Therefore This Is What The Lord Almighty Says concerning the prophets:

“I Will Make them eat bitter food
and drink poisoned water,
because from the prophets of Jerusalem
ungodliness has spread throughout the land.”

16This Is What The Lord ALMIGHTY Says:

“Do not listen to what the prophets are prophesying to you;
they fill you with false hopes.
They speak visions from their own minds,
not from The Mouth of The Lord.
17They keep saying to those who despise ME,
‘The Lord Says: You will have peace.’
And to all who follow the stubbornness of their hearts
they say, ‘No harm will come to you.’
18But which of them has stood in The Council of The Lord
to see or to hear His WORD?
Who has listened and heard His WORD?
19See, The Storm of The Lord
Will Burst Out in wrath,
a whirlwind swirling down
on the heads of the wicked.
20The Anger of The Lord Will Not Turn Back
Until HE Fully Accomplishes
the Purposes of His Heart.
In days to come
you will understand it clearly.
21I Did Not Send these prophets,
yet they have run with their message;
I Did Not Speak to them,
yet they have prophesied.
22But if they had stood in My Council,
they would have proclaimed My WORDS to My people
and would have turned them from their evil ways
and from their evil deeds.
23“AM I Only a GOD Nearby,”

“And Not a GOD far away?
24Who can hide in secret places
so that I Cannot See them?” 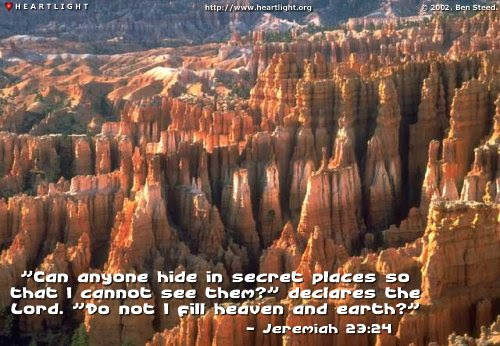 “Do Not I Fill heaven and earth?”

25“I Have Heard what the prophets say who prophesy lies in My Name. They say, ‘I had a dream! I had a dream!’ 26How long will this continue in the hearts of these lying prophets, who prophesy the delusions of their own minds? 27They think the dreams they tell one another will make My people forget My Name, just as their ancestors forgot My Name through Baal worship. 28Let the prophet who has a dream recount the dream, but let the one who has My WORD speak it faithfully. For what has straw to do with grain?” Declares The Lord.

29“Is Not My WORD like fire,” Declares The Lord, 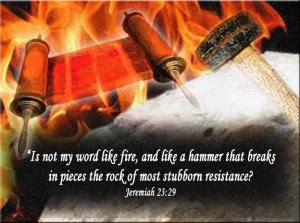 “and like a hammer that breaks a rock in pieces?

This chapter contains threatening to the Jewish governors, and to their priests and prophets, on account of their manifold sins; intermixed with gracious promises to The Lord's people, and particularly with a famous Promise of The MESSIAH.

The pastors or governors of Israel are charged with scattering and driving away The Lord's flock, for which they are threatened, Jeremiah 23:1; and a promise is made of the gathering of the remnant of them, and of setting up other shepherds over them, under whom they should increase, and be comfortable, Jeremiah 23:3; particularly the MESSIAH Is Promised; as David's Righteous Branch; as a Prosperous and Righteous KING; as the Author of Righteousness to His people, under Whom they should have salvation and safety, Jeremiah 23:5; so that in comparison of this salvation, the deliverance out of Egypt should not be spoken of, Jeremiah 23:7.

And then follows a sad complaint of the priests and prophets; of their profaneness, their adultery, swearing, lying, hypocrisy, and deception of the people; for all which they are severely threatened, Jeremiah 23:9; wherefore the people are exhorted not to hearken to them, promising them peace and safety; whereas, by attending to The WORD of GOD, it might easily be seen that a storm of wrath was gone forth, and was ready to break, and would fall upon the head of the wicked, to the executing of the thoughts and purposes of GOD's Heart, Jeremiah 23:16.


And The Lord Declares HE Had Not Sent these prophets, as might be known from their not turning the people from their evil ways, Jeremiah 23:21; whose conduct and behavior could not be hid from The Sight of The Lord, nor their prophecies from His Ears, which were no other than dreams, and the deceits of their own hearts; and there was as great a difference between them and The WORD of The Lord, as between chaff and wheat; seeing His WORD in His Hand is of great virtue and efficacy, whereas there was none in theirs, Jeremiah 23:23.

Therefore The Lord Declares HIMSELF to be against these prophets, for stealing His WORD from their neighbor; for making use of His Name, when they were not sent by Him; and for causing the people to err by their lies, Jeremiah 23:30; and both people, priest, and prophet, are severely threatened for jeering and scoffing at The WORD of The Lord, calling it the burden of The Lord; which phrase they are forbid to use in a sneering way; and if they should persist in it, they are told that GOD Would Forsake and Forget them, and Cast them Out, and everlastingly Punish them, Jeremiah 23:39.