1The WORD of The Lord Came to me:

2“Son of man, will you judge her? Will you judge this city of bloodshed? Then confront her with all her detestable practices 3and say: ‘This Is What The Sovereign Lord Says: You city that brings on herself doom by shedding blood in her midst and defiles herself by making idols, 4you have become guilty because of the blood you have shed and have become defiled by the idols you have made. You have brought your days to a close, and the end of your years has come. Therefore I Will Make you an object of scorn to the nations and a laughingstock to all the countries. 5Those who are near and those who are far away will mock you, you infamous city, full of turmoil.

6“ ‘See how each of the princes of Israel who are in you uses his power to shed blood. 7In you they have treated father and mother with contempt; in you they have oppressed the foreigner and mistreated the fatherless and the widow. 8You have despised My Holy Things and desecrated My Sabbaths. 9In you are slanderers who are bent on shedding blood; in you are those who eat at the mountain shrines and commit lewd acts. 10In you are those who dishonor their father’s bed; in you are those who violate women during their period, when they are ceremonially unclean. 11In you one man commits a detestable offense with his neighbor’s wife, another shamefully defiles his daughter-in-law, and another violates his sister, his own father’s daughter. 12In you are people who accept bribes to shed blood; you take interest and make a profit from the poor. You extort unjust gain from your neighbors. And you have forgotten ME, Declares The Sovereign Lord.

13“ ‘I Will Surely Strike My Hands together at the unjust gain you have made and at the blood you have shed in your midst. 14Will your courage endure or your hands be strong in the Day I Deal With you? I The Lord Have Spoken, and I Will Do it. 15I Will Disperse you among the nations and Scatter you through the countries; and I Will put an end to your uncleanness. 16When you have been defileda in the eyes of the nations, you will know that I AM The Lord.’ ”

17Then The WORD of The Lord Came To me: 18“Son of man, the people of Israel have become dross to me; all of them are the copper, tin, iron and lead left inside a furnace. They are but the dross of silver. 19Therefore This Is What The Sovereign Lord Says: ‘Because you have all become dross, I Will Gather you into Jerusalem. 20As silver, copper, iron, lead and tin are gathered into a furnace to be melted with a fiery blast, So Will I Gather you in My Anger and My Wrath and Put you inside the city and Melt you. 21I Will Gather you and I Will Blow On you with My Fiery Wrath, and you will be melted inside her. 22As silver is melted in a furnace, so you will be melted inside her, and you will know that I The Lord Have Poured Out My Wrath On you.’ ”

23Again The WORD of The Lord Came to me: 24“Son of man, say to the land, ‘You are a land that has not been cleansed or rained on in the Day of Wrath.’ 25There is a conspiracy of her princesb within her like a roaring lion tearing its prey; they devour people, take treasures and precious things and make many widows within her. 26Her priests do violence to My Law and profane My Holy Things; they do not distinguish between the holy and the common; they teach that there is no difference between the unclean and the clean; and they shut their eyes to the keeping of My Sabbaths, so that I AM Profaned among them. 27Her officials within her are like wolves tearing their prey; they shed blood and kill people to make unjust gain. 28Her prophets whitewash these deeds for them by false visions and lying divinations. They say, ‘This Is What The Sovereign Lord Says’—When The Lord Has Not Spoken. 29The people of the land practice extortion and commit robbery; they oppress the poor and needy and mistreat the foreigner, denying them justice.

30“I Looked For someone among them who would build up the wall and stand before ME in the gap on behalf of the land So I Would Not Have To Destroy it, but I Found no one. 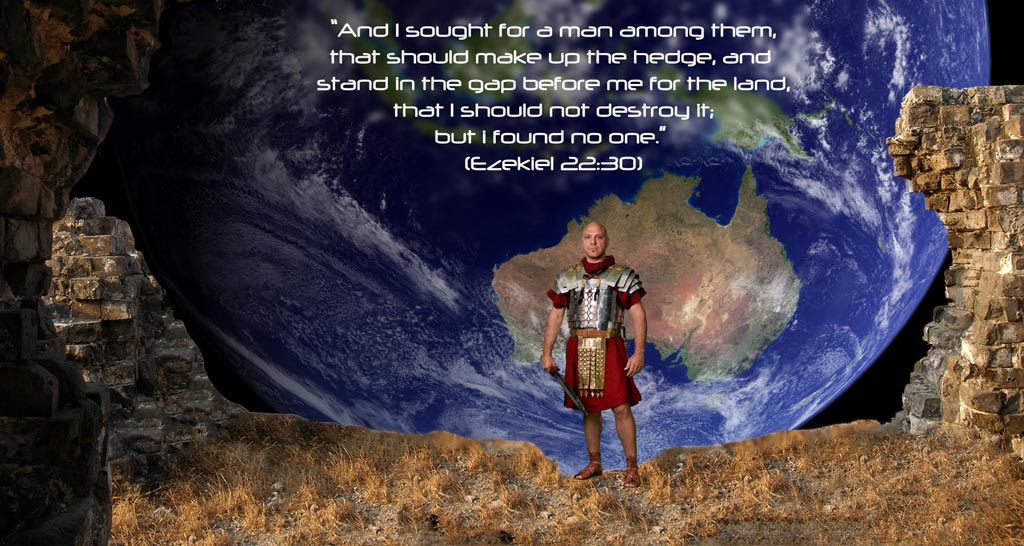 31So I Will Pour Out My Wrath On them and Consume them with My Fiery Anger, Bringing Down on their own heads all they have done, Declares The Sovereign Lord.”

In this chapter a catalogue or list of the sins of the Jews is given; a comparison of them to dross is made, and they are dealt with accordingly; and a complaint is lodged against all ranks and orders of men for their sins; on account of which, there being no intercessor for them, they are threatened with captivity and destruction.

The prophet is ordered to judge them, and lay before them their abominable sins, Ezekiel 22:1, of which a long list is given, as murder, idolatry; contempt of parents; oppression of the stranger, fatherless, and widow; negligence of holy things; profanation of the Sabbath; tale bearing, lewdness and uncleanness of various sorts; bribery, usury, extortion, and dishonest gain, Ezekiel 22:3 for which The Lord Threatens to Deal with them in a manner that would be intolerable to them; that HE Would Carry them captive, and Scatter them among the nations, Ezekiel 22:14.

They are compared to dross, and as such should be gathered into a furnace, and melted down, Ezekiel 22:17, all ranks and orders of men are complained of, because of their sins, and threatened, Ezekiel 22:23, the prophets for their rapine, murder, and lies, Ezekiel 22:25, the priests, for their violation of the Law, neglect of Holy Things, and profanation of the Sabbath, Ezekiel 22:26, the princes, for their cruelty, murder, and dishonest gain, Ezekiel 22:27, the people of the land, for their oppression and robbery, Ezekiel 22:29, and there being none to stand in the gap for them, The Lord Threatens to Pour Out His Wrath upon them, and consume them, Ezekiel 22:30.