JESUS, The Truth Set Us Free From Bondage As Jeremiah Was Freed From Exile 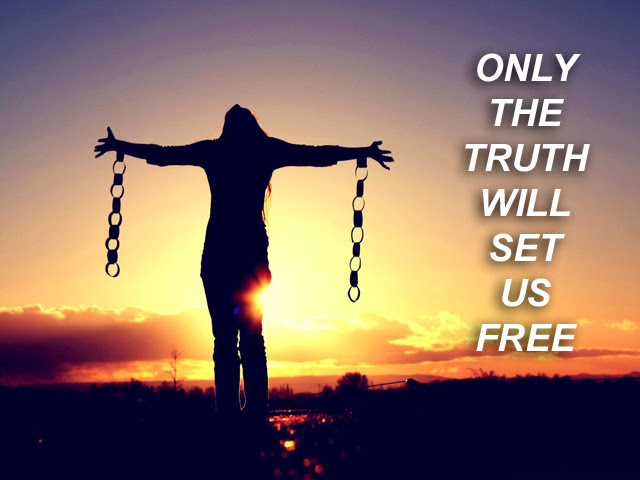 
1The WORD Came to Jeremiah from The Lord after Nebuzaradan commander of the imperial guard had released him at Ramah. He had found Jeremiah bound in chains among all the captives from Jerusalem and Judah who were being carried into exile to Babylon.

2When the commander of the guard found Jeremiah, he said to him,

“The Lord your GOD decreed this disaster for this place. 3And now The Lord Has Brought it About; HE Has Done Just As HE Said HE Would. All this happened because you people sinned against The Lord and did not obey Him. 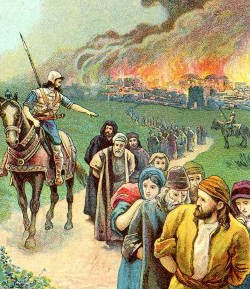 4But today I am freeing you from the chains on your wrists. Come with me to Babylon, if you like, and I will look after you; but if you do not want to, then don’t come. Look, the whole country lies before you; go wherever you please.” 5However, before Jeremiah turned to go,a Nebuzaradan added, “Go back to Gedaliah son of Ahikam, the son of Shaphan, whom the king of Babylon has appointed over the towns of Judah, and live with him among the people, or go anywhere else you please.”

Then the commander gave him provisions and a present and let him go. 6So Jeremiah went to Gedaliah son of Ahikam at Mizpah and stayed with him among the people who were left behind in the land.

7When all the army officers and their men who were still in the open country heard that the king of Babylon had appointed Gedaliah son of Ahikam as governor over the land and had put him in charge of the men, women and children who were the poorest in the land and who had not been carried into exile to Babylon, 8they came to Gedaliah at Mizpah—Ishmael son of Nethaniah, Johanan and Jonathan the sons of Kareah, Seraiah son of Tanhumeth, the sons of Ephai the Netophathite, and Jaazaniahb the son of the Maakathite, and their men. 9Gedaliah son of Ahikam, the son of Shaphan, took an oath to reassure them and their men. “Do not be afraid to serve the Babylonians,c ” he said. “Settle down in the land and serve the king of Babylon, and it will go well with you. 10I myself will stay at Mizpah to represent you before the Babylonians who come to us, but you are to harvest the wine, summer fruit and olive oil, and put them in your storage jars, and live in the towns you have taken over.”

11When all the Jews in Moab, Ammon, Edom and all the other countries heard that the king of Babylon had left a remnant in Judah and had appointed Gedaliah son of Ahikam, the son of Shaphan, as governor over them, 12they all came back to the land of Judah, to Gedaliah at Mizpah, from all the countries where they had been scattered. And they harvested an abundance of wine and summer fruit.

13Johanan son of Kareah and all the army officers still in the open country came to Gedaliah at Mizpah 14and said to him, “Don’t you know that Baalis king of the Ammonites has sent Ishmael son of Nethaniah to take your life?” But Gedaliah son of Ahikam did not believe them.

15Then Johanan son of Kareah said privately to Gedaliah in Mizpah, “Let me go and kill Ishmael son of Nethaniah, and no one will know it. Why should he take your life and cause all the Jews who are gathered around you to be scattered and the remnant of Judah to perish?”

16But Gedaliah son of Ahikam said to Johanan son of Kareah, “Don’t do such a thing! What you are saying about Ishmael is not true.”

This and the four following chapters (41,41,43,44) contain a distinct account of what passed in the land of Judah from the taking of Jerusalem to the retreat of the remnant of the people to Egypt; together with the prophecies of Jeremiah concerning that place, whither he himself accompanied them.

In this chapter we have an account of the enlargement of Jeremiah by Nebuzar-adan, the captain of the guard, who advises him to put himself under the jurisdiction of Gedaliah, the son of Ahikam, whom the king of Babylon had made governor over the land of Judea, Jeremiah 40:1-5. The prophet and many of the dispersed Jews return to Gedaliah, Jeremiah 40:6-12. Johanan informs the governor of a conspiracy against him, but is not believed, Jeremiah 40:13-16.