O JEHOVAH, YOUR WORD Is Sweeter Than Honey To My Mouth

1And HE Said to me, “Son of man, eat what is before you, eat this scroll; then go and speak to the people of Israel.” 2So I opened my mouth, and HE Gave me the scroll to eat.

3Then HE Said to me,

“Son of man, eat this scroll I AM Giving you and fill your stomach with it.” 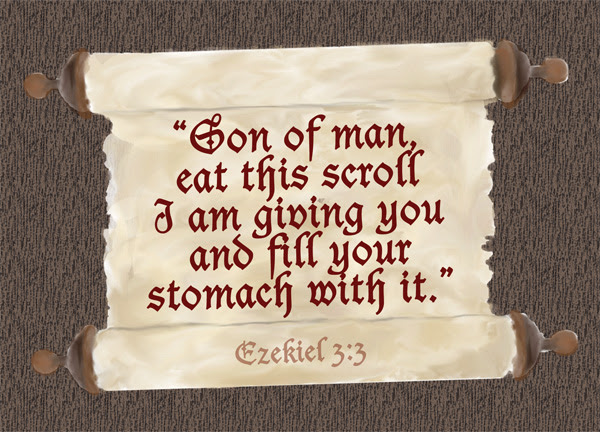 So I ate it, and it tasted as sweet as honey in my mouth. 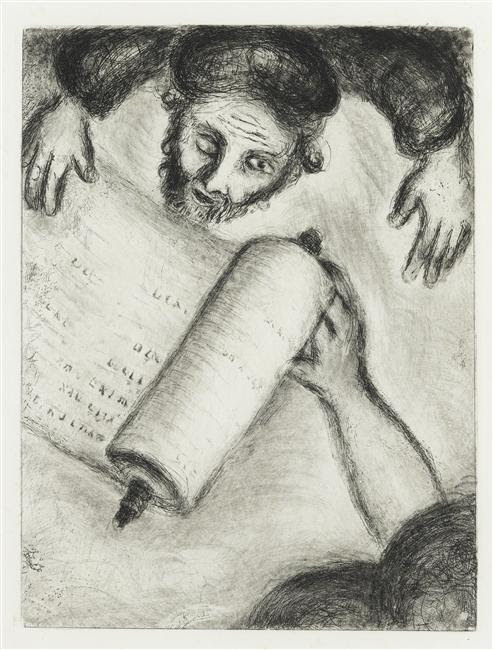 4HE Then Said to me: “Son of man, go now to the people of Israel and speak My WORDS to them. 5You are not being sent to a people of obscure speech and strange language, but to the people of Israel— 6not to many peoples of obscure speech and strange language, whose words you cannot understand. Surely if I had sent you to them, they would have listened to you. 7But the people of Israel are not willing to listen to you because they are not willing to listen to ME, for all the Israelites are hardened and obstinate. 8But I Will Make you as unyielding and hardened as they are. 9I Will Make your forehead like the hardest stone, harder than flint. Do not be afraid of them or terrified by them, though they are a rebellious people.”

10And HE Said to me, “Son of man, listen carefully and take to heart all The WORDS I Speak to you. 11Go now to your people in exile and speak to them. Say to them, ‘This Is What The SOVEREIGN LORD Says,’ whether they listen or fail to listen.”

12Then The SPIRIT Lifted me Up, and I heard behind me a loud rumbling sound as The Glory of The Lord Rose from the place where it was standing.a 13It was the sound of the wings of the living creatures brushing against each other and the sound of the wheels beside them, a loud rumbling sound. 14The SPIRIT then Lifted me Up and Took me Away, and I went in bitterness and in the anger of my spirit, with the Strong Hand of The Lord on me. 15I came to the exiles who lived at Tel Aviv near the Kebar River. And there, where they were living, I sat among them for seven days—deeply distressed.

16At the end of seven days The WORDd of The Lord Came to me: 17“Son of man, I Have Made you a watchman for the people of Israel; so hear The WORD I Speak and Give them warning from ME.

18When I Say to a wicked person, ‘You will surely die,’ and you do not warn them or speak out to dissuade them from their evil ways in order to save their life, that wicked person will die forb their sin, and I Will Hold you accountable for their blood. 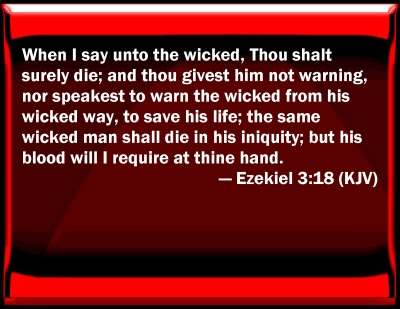 19But if you do warn the wicked person and they do not turn from their wickedness or from their evil ways, they will die for their sin; but you will have saved yourself. 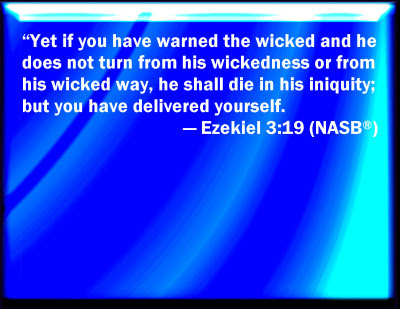 24Then The SPIRIT Came Into me and Raised me to my feet. HE Spoke to me and Said: “Go, shut yourself inside your house. 25And you, son of man, they will tie with ropes; you will be bound so that you cannot go out among the people. 26I Will Make your tongue stick to the roof of your mouth so that you will be silent and unable to rebuke them, for they are a rebellious people. 27But When I Speak to you, I Will Open your mouth and you shall say to them, ‘This Is What The SOVEREIGN LORD Says.’ Whoever will listen let them listen, and whoever will refuse let them refuse; for they are a rebellious people.

This chapter contains more particular instructions to the prophet. It begins with repeating his appointment to his office, Ezekiel 3:1-3. Ezekiel is then informed that his commission is, at this time, to the house of Israel exclusively, Ezekiel 3:4-6; that his countrymen would pay little regard to him, Ezekiel 3:7; that he must persevere in his duty notwithstanding such great discouragement; and he is endued with extraordinary courage and intrepidity to enable him fearlessly to declare to a disobedient people the whole Counsel of GOD, Ezekiel 3:8-11.

The prophet is afterwards carried by The SPIRIT that animated the cherubim and wheels, and by which he received the Gift of Prophecy, to a colony of his brethren in the neighborhood, where he remained seven days overwhelmed with astonishment, Ezekiel 3:12-15.

He is then warned of the awful importance of being faithful in his office, Ezekiel 3:16-21; commanded to go forth into the plain that he may have a visible manifestation of the Divine Presence, Ezekiel 3:22; and is again favored with a vision of that most magnificent set of symbols described in the first chapter, by which the Glorious Majesty of The GOD of Israel Was in some measure represented, Ezekiel 3:23. See also Isaiah 6:1-13; Daniel 10:5-19; and Revelation 1:10-16; Revelation 4:1-11, for other manifestations of The Divine Glory, in all of which some of the imagery is very similar. The prophet receives directions relative to his future conduct, Ezekiel 3:24-27.