People Do Not Realize That JEHOVAH Remembers All Their Evil Deeds

1Whenever I Would Heal Israel,
the sins of Ephraim are exposed
and the crimes of Samaria revealed.
They practice deceit,
thieves break into houses,
bandits rob in the streets;
2 but they do not realize
that I Remember all their evil deeds.
Their sins engulf them;
they are always Before ME.
3“They delight the king with their wickedness,
the princes with their lies.
4They are all adulterers,
burning like an oven
whose fire the baker need not stir
from the kneading of the dough till it rises.
5On the day of the festival of our king
the princes become inflamed with wine,
and he joins hands with the mockers.
6Their hearts are like an oven;
they approach Him with intrigue.
Their passion smolders all night;
in the morning it blazes like a flaming fire.
7All of them are hot as an oven;
they devour their rulers.
All their kings fall,
and none of them calls on ME.
8“Ephraim mixes with the nations;
Ephraim is a flat loaf not turned over. 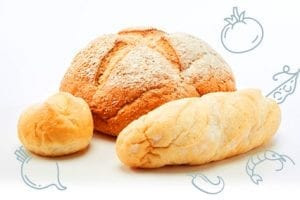 9Foreigners sap his strength,
but he does not realize it.
His hair is sprinkled with gray,
but he does not notice.
10Israel’s arrogance testifies against him,
but despite all this
he does not return to The Lord his GOD
or search for Him.
11“Ephraim is like a dove,
easily deceived and senseless—
now calling to Egypt,
now turning to Assyria. 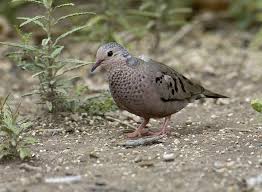 12When they go, I Will Throw My Net Over them;
I Will Pull them Down like the birds in the sky.
When I Hear them flocking together,
I Will Catch them.
13Woe to them,
because they have strayed from ME!
Destruction to them,
because they have rebelled against ME!
I long to redeem them
but they speak about ME falsely.
14They do not cry out to ME from their hearts
but wail on their beds.
They slash themselves,a appealing to their gods
for grain and new wine,
but they turn away from ME.
15I Trained them and Strengthened their arms,
but they plot evil against ME.
16They do not turn to The MOST HIGH;
they are like a faulty bow.
Their leaders will fall by the sword
because of their insolent words.
For this they will be ridiculed
in the land of Egypt. 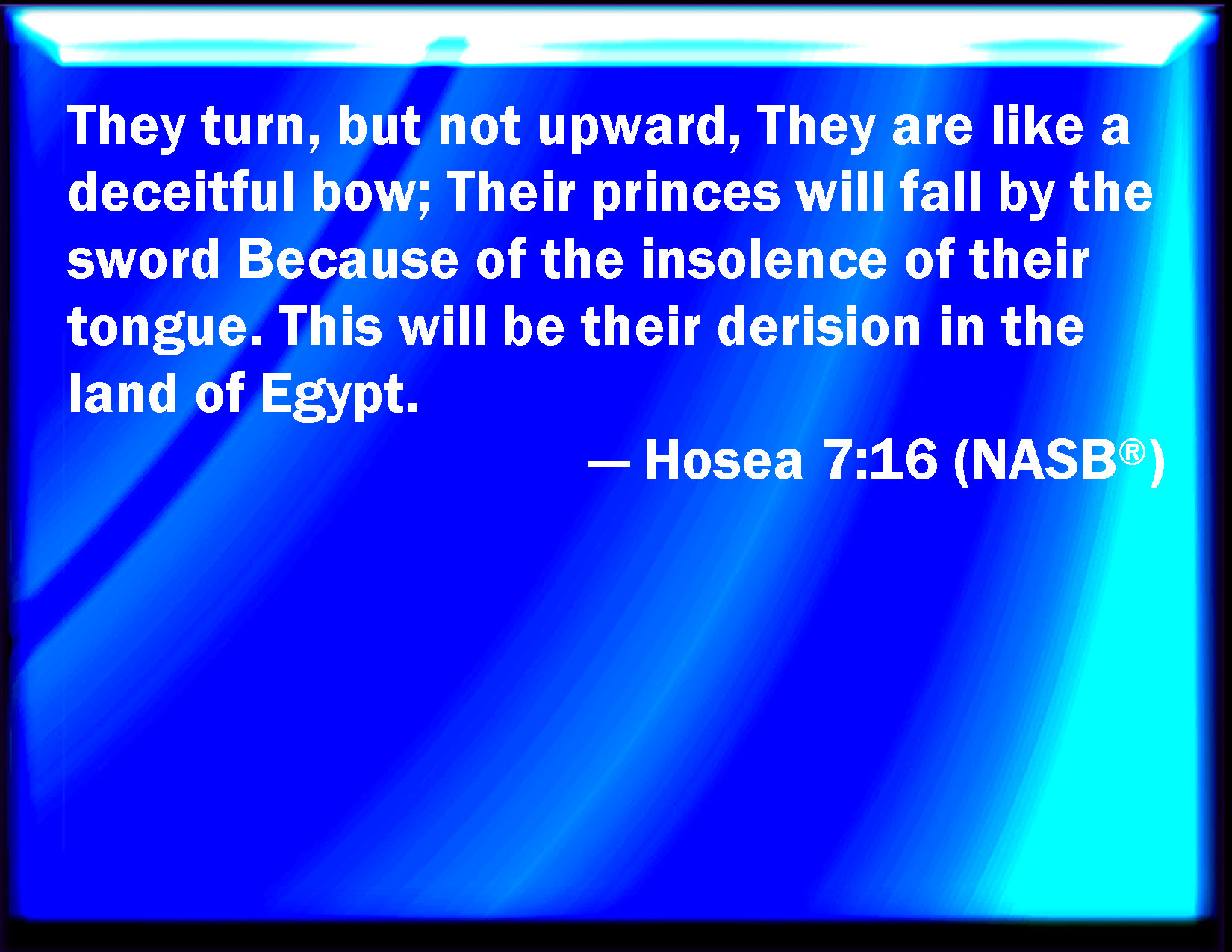 This chapter either begins a new discourse, prophecy or it is a continuation of the former.

It is directed to Israel alone; and consists of complaints against them because of their manifold sins, and of denunciations of punishment for them. They are charged with ingratitude to GOD, sinning in a daring manner against mercy, and with falsehood, thefts, and robberies, Hosea 7:1; with lack of consideration of the Omniscience of GOD, and His Notice of their sins, which surrounded them, Hosea 7:2; with flattery to their king and princes, Hosea 7:3; with adultery, which lust aroused in them like a heated oven, Hosea 7:4; with drunkenness, aggravated by drawing their king into it, Hosea 7:5; with raging lusts, which devoured their judges, made their kings to fall, and brought on such a general corruption, that there were none that called upon The Lord, Hosea 7:6.

With mixing themselves with the nations of the earth, and so learning their ways, and bringing their superstition and idolatry into the Worship of GOD, so that they were nothing in religion, like a half-baked cake, Hosea 7:8; with stupidity and insensibility of their declining state, Hosea 7:9; with pride, impenitence, and stubbornness, Hosea 7:10; with folly, in seeking to Egypt and Assyria for help, and not to The LORD; for which they would be taken as birds in a net, and sorely chastised, Hosea 7:11; with ingratitude, hypocrisy, and deceitfulness; for all which they are threatened with destruction, Hosea 7:13.