You Will Know That I JEHOVAH Have Spoken In MY Zeal


1“Now, son of man, take a sharp sword and use it as a barber’s razor to shave your head and your beard. 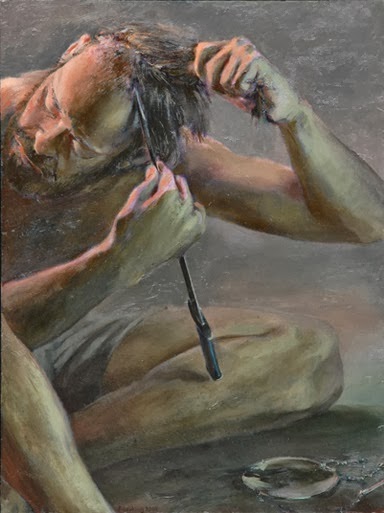 Then take a set of scales and divide up the hair. 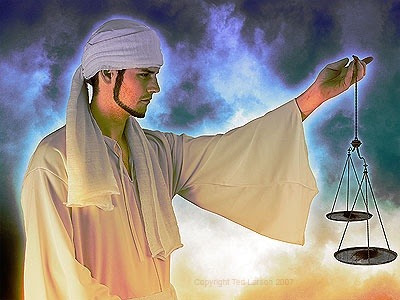 2When the days of your siege come to an end, burn a third of the hair inside the city.
Take a third and strike it with the sword all around the city.

And scatter a third to the wind. For I Will Pursue them with drawn sword.  3But take a few hairs and tuck them away in the folds of your garment. 4Again, take a few of these and throw them into the fire and burn them up. A fire will spread from there to all Israel.

5“This Is What The Sovereign Lord Says:

This is Jerusalem, which I Have Set in the center of the nations, with countries all around her.6Yet in her wickedness she has rebelled against My Laws and Decrees more than the nations and countries around her. She has rejected My Laws and has not followed My Decrees.

7“Therefore “This Is What The Sovereign Lord Says:

8“Therefore “This Is What The Sovereign Lord Says:

I Myself AM against you, Jerusalem, and I Will Inflict punishment on you in the sight of the nations. 9Because of all your detestable idols, I Will Do to you What I Have Never Done before and Will Never Do Again. 10Therefore in your midst parents will eat their children, and children will eat their parents. I Will Inflict punishment on you and Will Scatter all your survivors to the winds. 11Therefore As Surely As I Live, Declares The SOVEREIGN LORD, because you have defiled My Sanctuary with all your vile images and detestable practices, I Myself Will Shave you; I Will Not Look On you with pity or Spare you. 12A third of your people will die of the plague or perish by famine inside you; a third will fall by the sword outside your walls; and a third I Will Scatter to the winds and Pursue with drawn sword.

13“Then My Anger Will Cease and My Wrath against them Will Subside, and I Will Be Avenged. And When I Have Spent My Wrath on them, they will know that I The Lord Have Spoken in My Zeal.

14“I Will Make you a ruin and a reproach among the nations around you, in the sight of all who pass by. 15You will be a reproach and a taunt, a warning and an object of horror to the nations around you when I Inflict punishment on you in Anger and in Wrath and with Stinging Rebuke. I The Lord Have Spoken. 16When I Shoot At you with My deadly and destructive arrows of famine, I Will Shoot To Destroy you. I Will Bring more and more famine upon you and Cut Off your supply of food. 17I Will Send famine and wild beasts against you, and they will leave you childless. Plague and bloodshed will sweep through you, and I Will Bring the sword against you. I The Lord Have Spoken.”

This chapter is of the same argument with the former; and contains a type of Jerusalem's destruction; an explanation of that type; what were the reasons of GOD's Judgments on that city; and the nature, rise, and end of them.

And the chapter is concluded with an assurance that these Judgments would be sent, Ezekiel 5:16.