Don't You Believe GOD THE FATHER, SON, SPIRIT When Reading This Passage?


The Baptism of Jesus


13Then JESUS Came from Galilee to the Jordan to be baptized by John.

14But John tried to deter Him, saying, “I need to be baptized by YOU, and Do YOU Come to me?”

“Let it be so now; it is proper for us to do this to fulfill all righteousness.”

16As soon as JESUS Was Baptized, HE Went Up out of the water.

At that moment heaven was opened, and HE Saw The SPIRIT of GOD Descending like a dove and Alighting on Him. 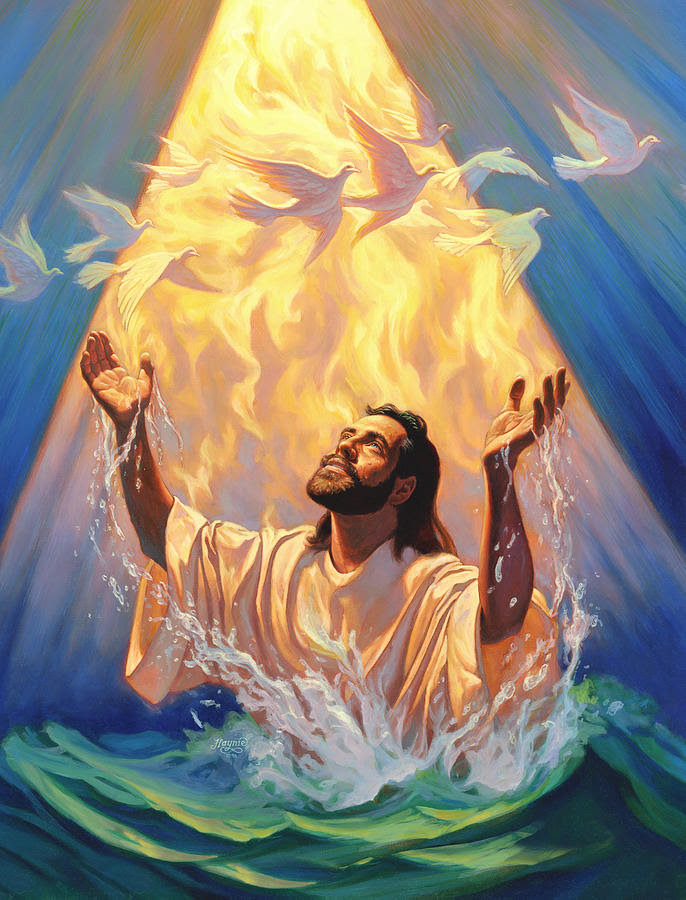 17 And a Voice from heaven Said,

“This Is My SON, Whom I Love; With Him I AM Well Pleased.”

A Voice from heaven - A voice from GOD The FATHER. This was probably heard by all who were present. This voice, or sound, was repeated on the mount of transfiguration;
Matthew 17:5; Luke 9:35-36; 2 Peter 1:17.

"This Is My SON, Whom I Love; With Him I AM Well Pleased. Listen To Him!"

It was also heard just Before His Death, and was then supposed by many to be thunder, John 12:25-30. It was a public declaration that JESUS Was The MESSIAH.

"Father, Glorify Your Name!" Then a Voice Came from heaven, "I Have Glorified It, And Will Glorify It Again."

My Beloved SON - This Is The Title Which GOD Himself Gave to JESUS. It expresses the nearness of His relation to GOD The FATHER, and The Love of The FATHER for The SON, Hebrews 1:2. It implies that HE Was Equal With GOD, Hebrews 1:5-8; John 10:29-33; John 19:7. The term "SON" is expressive of love of the nearness of His relation to GOD, and of His Dignity and Equality with GOD.

I AM Well Pleased - or, I AM Ever Delighted. The language implies that HE(FATHER) Was constantly or uniformly Well Pleased With Him(SON); and in this solemn and public manner the FATHER Expressed His Approbation of His SON as The Redeemer of the world.

The Baptism of JESUS has usually been regarded as a striking manifestation of the Doctrine of The TRINITY, or the doctrine that there are Three PERSONS in The Divine Nature:

(1) There is The Person of “JESUS CHRIST,” The Son of GOD, baptized in Jordan, elsewhere declared to be equal with GOD, John 10:30.

(3) The FATHER, Addressing The SON, and Declaring that HE Was Well Pleased With Him.


Some say, "The Doctrine of the Trinity is likened to a weird God with three heads", but I would say, it is "Triune GOD" which refers to The Three Personhood (FATHER, SON, HOLY SPIRIT) in ONE GOD as seen in this Bible passage. - Blogger