I Stand In Awe Of YOUR Deed, LORD JESUS

1A prayer of Habakkuk the prophet. On shigionoth.a

2Lord, I Have Heard of YOUR Fame;
I stand in awe of YOUR Deeds, Lord. 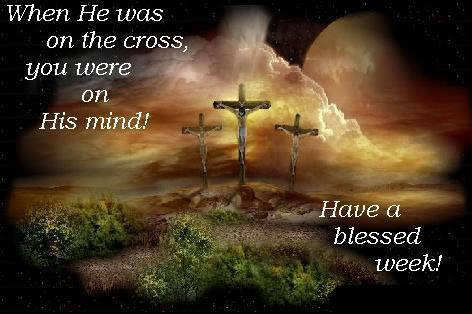 Repeat them in our day,
in our time make them known;
in Wrath remember Mercy.
3GOD Came from Teman,
The HOLY ONE from Mount Paran.b
His Glory Covered the heavens
and His Praise Filled the earth.

4His Splendor Was like the sunrise;
rays flashed from His Hand,
where His Power Was Hidden.
5Plague went before Him;
pestilence followed His Steps.
6HE Stood, and Shook the earth;
HE Looked, and Made the nations tremble.
The ancient mountains crumbled
and the age-old hills collapsed—
but HE Marches On forever.
7I saw the tents of Cushan in distress,
the dwellings of Midian in anguish.
8Were YOU Angry With the rivers, Lord?
Was YOUR Wrath against the streams?
Did YOU Rage against the sea
when YOU Rode YOUR horses
and YOUR chariots to victory?
9YOU Uncovered YOUR bow,
YOU Called For many arrows.
YOU Split the earth with rivers;
10the mountains saw YOU and writhed.
Torrents of water swept by;
the deep roared
and lifted its waves on high.
11Sun and moon stood still in the heavens
at the glint of  YOUR flying arrows,
at the lightning of  YOUR flashing spear.
12In Wrath YOU Strode through the earth
and in Anger YOU Threshed the nations.
13YOU came out to deliver  YOUR people,
to save  YOUR Anointed One.
YOU Crushed the leader of the land of wickedness,
YOU Stripped him from head to foot.
14With his own spear YOU Pierced his head
when his warriors stormed out to scatter us,
gloating as though about to devour
the wretched who were in hiding.
15YOU Trampled the sea with  YOUR horses,
churning the great waters.
16I heard and my heart pounded,
my lips quivered at the sound;
decay crept into my bones,
and my legs trembled.
Yet I will wait patiently for the day of calamity
to come on the nation invading us.

17 Though the fig tree does not bud
and there are no grapes on the vines,
though the olive crop fails
and the fields produce no food,
though there are no sheep in the pen
and no cattle in the stalls,
18 yet I will rejoice in The Lord,
I will be joyful in GOD my SAVIOR.

19 The SOVEREIGN LORD Is my Strength;
HE Makes my feet like the feet of a deer,
HE Enables me to tread on the heights.

The "prayer" of the prophet, in the strictest sense of the word, is contained in the words of Habakkuk 3:2.  The rest is, in its form, praise and thanksgiving, chiefly for GOD's past Mercies in the deliverance from Egypt and the entering into the Promised Land. But thanksgiving is an essential part of prayer, and Hannah is said to have "prayed," whereas the hymn which followed is throughout one thanksgiving.

In that also these former deliverances were images of things to come, of every deliverance afterward, and, especially, of that complete Divine Deliverance which our LORD JESUS CHRIST Performed for us from the power of Satan 1 Corinthians 10:11.

The whole is one prayer:

"Do, O Lord, As YOU Have Done of old; Forsake Not YOUR Own works. Such were YOUR Deeds once; Fulfill them now, all which they shadowed forth."

It is then a prayer for the manifestation of GOD's Power, and therewith the destruction of His enemies, thenceforth to the Day of Judgment. Having completed the discourse about Babylon, and having fore-announced most clearly that those who destroyed the holy city and carried Israel captive shall be severely punished, he passes suitably to the Mystery of CHRIST, and from the redemption which took place partially in one nation, he carries on the discourse to that universal redemption, whereby the remnant of Israel, and no less the whole world has been saved.