1A prophecy concerning Nineveh. The book of the vision of Nahum the Elkoshite. 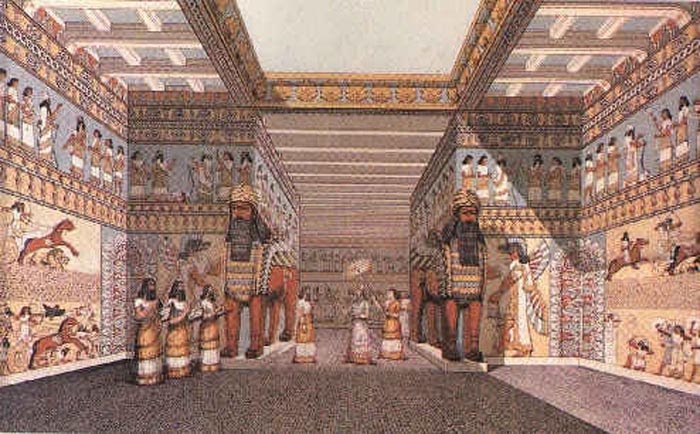 The Lord’s Anger Against Nineveh

3The Lord Is Slow to Anger but Great in Power;
The Lord Will Not Leave the guilty unpunished.
His Way Is in the whirlwind and the storm,
and clouds are the dust of His Feet. 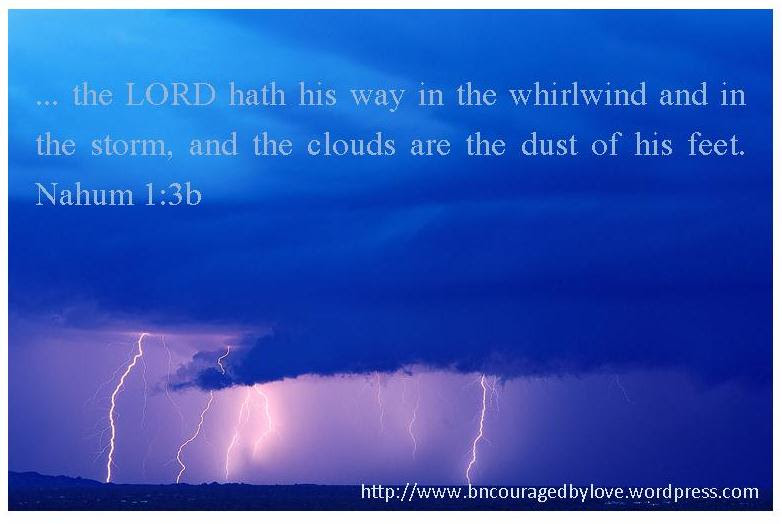 4HE Rebukes the sea and dries it up;
HE Makes all the rivers run dry.
Bashan and Carmel wither
and the blossoms of Lebanon fade.
5The mountains quake Before Him
and the hills melt away.
The earth trembles at His Presence,
the world and all who live in it.

6Who can withstand His Indignation?
Who can endure His Fierce Anger?
His Wrath Is Poured Out like fire;
the rocks are shattered Before Him. 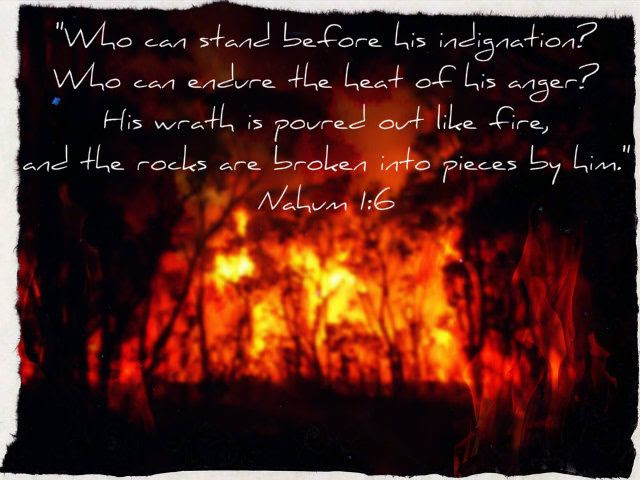 7The Lord Is Good,
a Refuge in times of trouble.
HE Cares For those who trust in Him, 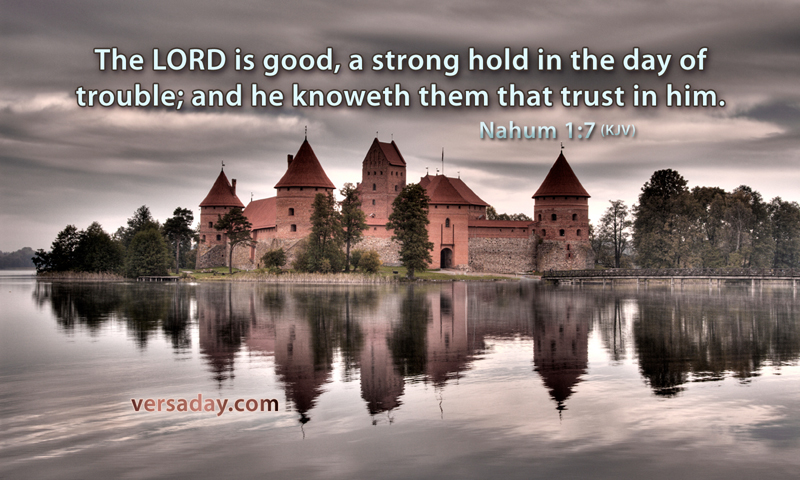 8but with an overwhelming flood
HE Will Make an end of Nineveh; 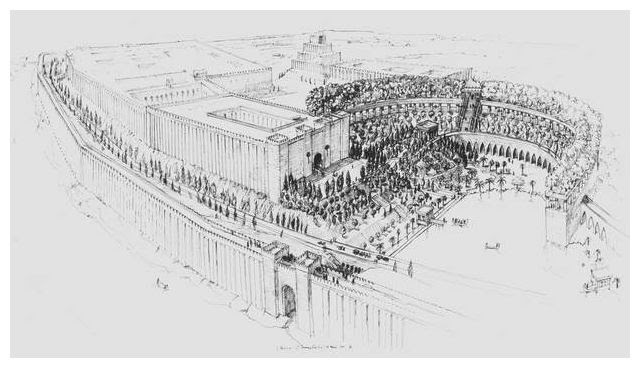 HE Will Pursue His foes into the realm of darkness. 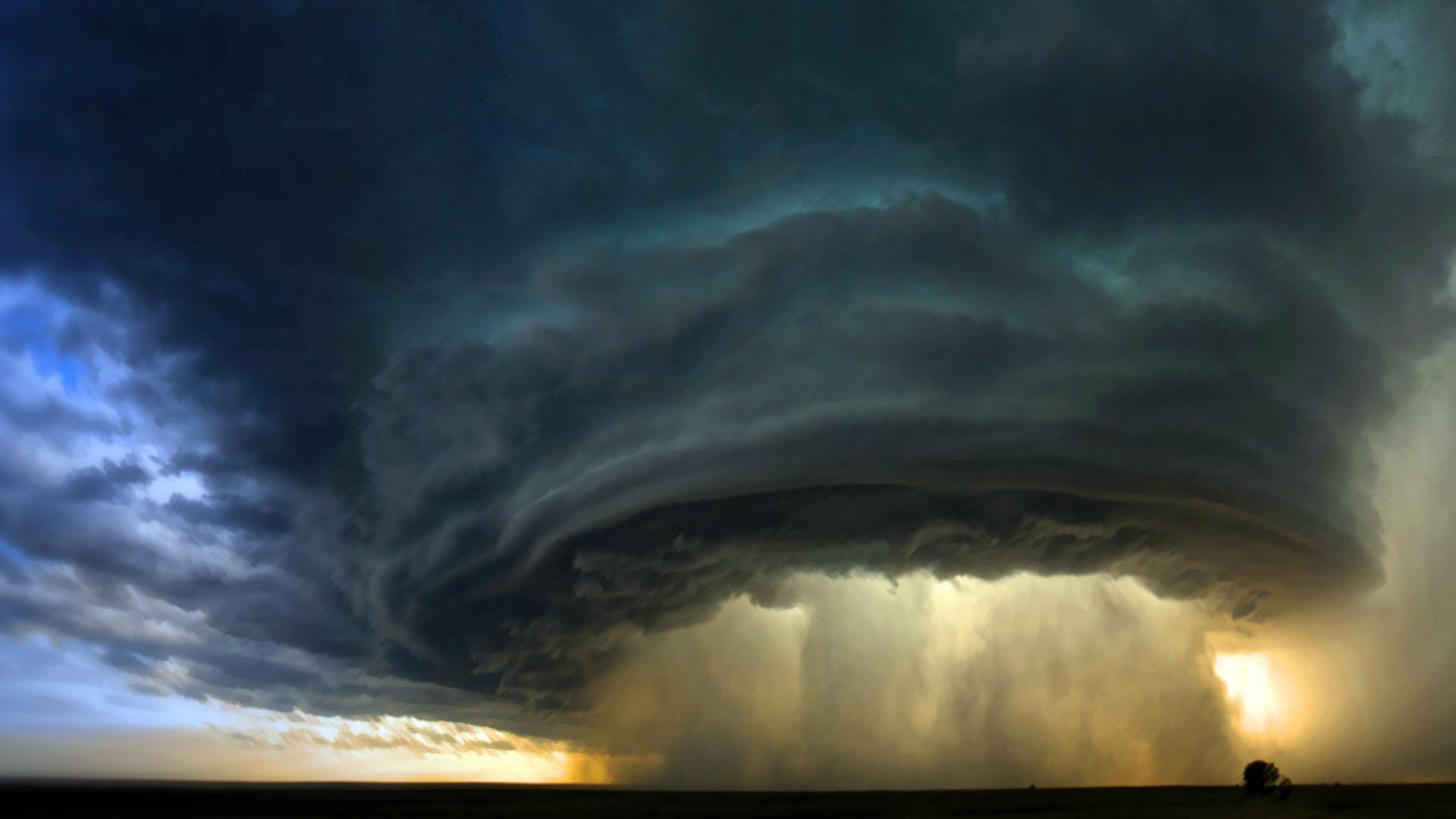 9Whatever they plot against The Lord
HE Will Bring to an end;
trouble will not come a second time.
10They will be entangled among thorns
and drunk from their wine;
they will be consumed like dry stubble.b
11From you, Nineveh, has one come forth
who plots evil against The Lord
and devises wicked plans.

12This Is What The Lord Says:

“Although they have allies and are numerous,
they will be destroyed and pass away.
Although I Have Afflicted you, Judah,
I Will Afflict you no more.
13Now I Will Break their yoke from your neck
and Tear your shackles away.”

14The Lord Has Given a Command concerning you, Nineveh:
“You will have no descendants to bear your name.
I Will Destroy the images and idols
that are in the temple of your gods.
I Will Prepare your grave,
for you are vile.”

15Look, there on the mountains,
the feet of one who brings good news,
who proclaims peace!
Celebrate your festivals, Judah,
and fulfill your vows.
No more will the wicked invade you;
they will be completely destroyed.

In the first chapter the two themes alternate; but as the prophet advances, vengeance on the capital of the Assyrian foe is the predominant topic. He is called "the Elkoshite" (Nahum 1:1), from Elkosh, or Elkesi, a village of Galilee, as a place of note among the Jews, having traces of ancient buildings. The name Capernaum, that is, "village of Nahum," seems to take its name from Nahum having resided in it, though born in Elkosh in the neighborhood.

His graphic description of Sennacherib and his army (Nahum 1:9-12) makes it not unlikely that he was in or near Jerusalem at the time: hence the number of phrases corresponding to those of Isaiah. The prophecy in Nahum 1:14 probably refers to the murder of Sennacherib twenty years after his return from Palestine (Isaiah 37:38).

The date of his prophecies, thus, seems to be about the former years of Hezekiah. He plainly writes while the Assyrian power was yet unbroken (Nahum 1:12; 2:11-13; 3:15-17). The correspondence between the sentiments of Nahum and those of Isaiah and Hezekiah, as recorded in Second Kings and Isaiah, proves the likelihood of Nahum's prophecies belonging to the time when Sennacherib was demanding the surrender of Jerusalem, and had not yet raised the siege  against it.

The historical data in the book itself are the humiliation of Israel and Judah by Assyria (Nahum 2:2); the invasion of Judah (Nahum 1:9, 11); and the conquest of No-ammon, or Thebes, in Upper Egypt (Nahum 3:8-10). Tiglath-pileser and Shalmaneser had carried away Israel. The Jews were harassed by the Syrians, and impoverished by Ahaz' payments to Tiglath-pileser (2 Chronicles 28:1-27; Isaiah 7:9). Sargon, Shalmaneser's successor, after the reduction of Phoenicia by the latter, fearing lest Egypt should join Palestine against him, undertook an expedition to Africa (Isaiah 20:1-6), and took Thebes; the latter fact we know only from Nahum, but the success of the expedition in general is corroborated in Isaiah 20:1-6.

Sennacherib, Sargon's successor, made the last Assyrian attempt against Judea, ending in the destruction of his army in the fourteenth year of Hezekiah (713-710 B.C.). As Nahum refers to this in part prophetically, in part as matter of history (Nahum 1:9-13; 2:13), he must have lived about 720-714 B.C., that is, almost a hundred years before the event foretold, namely, the overthrow of Nineveh by the joint forces of Cyaxares and Nabopolassar in the reign of Chyniladanus, 625 or 603 B.C.

The prophecy is remarkable for its unity of aim. Nahum's object was to inspire his countrymen, the Jews, with the assurance that, however alarming their position might seem, exposed to the attacks of the mighty Assyrian, who had already carried away the ten tribes, yet that not only should the Assyrian (Sennacherib) fail in his attack on Jerusalem, but Nineveh, his own capital, be taken and his empire overthrown; and this, not by an arbitrary exercise of JEHOVAH's Power, but for the iniquities of the city and its people.

His position in the canon is seventh of the minor prophets in both the Hebrew and Greek arrangement. He is seventh in point of date.

His style is clear, elegant, and forcible. Its most striking characteristic is the power of representing several phases of an idea in the briefest sentences, as in the majestic description of GOD in the commencement, the conquest of Nineveh, and the destruction of No-ammon. Excepting two alleged Assyrian words (Nahum 3:17), English Version, "crowned," or princes, and English Version, "captains," or satraps (used by Jeremiah 51:27), the language is pure. These two, doubtless, came to be known in Judea from the interaction with Assyria in the eighth and seventh centuries B.C.


Nahum 1:1-15. JEHOVAH's Attributes as a Jealous Judge of Sin, Yet Merciful to His Trusting People, Should Inspire Them with Confidence. HE Will Not Allow the Assyrians Again to Assail Them, but Will Destroy the Foe.

Burden of Nineveh—the prophetic doom of Nineveh. Nahum prophesied against that city a hundred fifty years after Jonah.