The Lord Comes and Reigns

1A Day of The Lord Is Coming, Jerusalem, when your possessions will be plundered and divided up within your very walls.

2I Will Gather all the nations to Jerusalem to fight against it; the city will be captured, the houses ransacked, and the women raped. Half of the city will go into exile, but the rest of the people will not be taken from the city.

3Then The Lord Will Go Out and Fight against those nations, as HE Fights on a Day of Battle. 4On that day His Feet Will Stand on the Mount of Olives, east of Jerusalem, and the Mount of Olives will be split in two from east to west, forming a great valley, with half of the mountain moving north and half moving south.

5You will flee by My Mountain Valley, for it will extend to Azel. You will flee as you fled from the earthquakea in the days of Uzziah king of Judah. Then The Lord my GOD Will Come, and all the holy ones with Him.

6On that day there will be neither sunlight nor cold, frosty darkness. 7It will be a unique Day—a Day known only to The Lord—with no distinction between day and night. When evening comes, there will be light.

8On that day living water will flow out from Jerusalem, half of it east to the Dead Sea and half of it west to the Mediterranean Sea, in summer and in winter.

9 The Lord Will Be King over the whole earth. 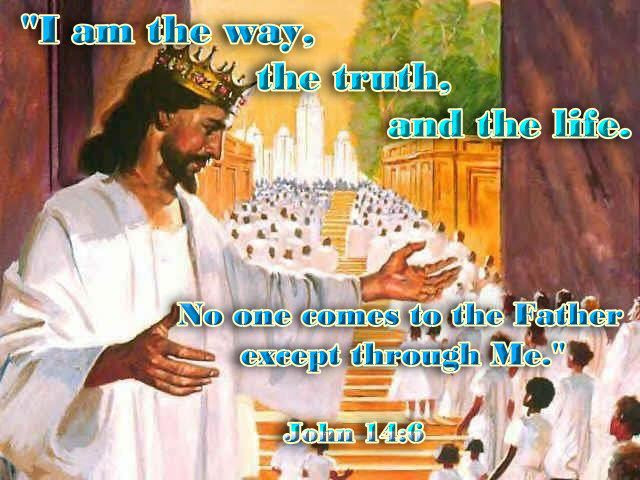 On that day there will be ONE Lord, and His Name The Only Name.

10The whole land, from Geba to Rimmon, south of Jerusalem, will become like the Arabah. But Jerusalem will be raised up high from the Benjamin Gate to the site of the First Gate, to the Corner Gate, and from the Tower of Hananel to the royal winepresses, and will remain in its place. 11It will be inhabited; never again will it be destroyed. Jerusalem will be secure.

12This is the plague with which The Lord Will Strike all the nations that fought against Jerusalem: Their flesh will rot while they are still standing on their feet, their eyes will rot in their sockets, and their tongues will rot in their mouths. 13On that day people will be stricken by The Lord with great panic. They will seize each other by the hand and attack one another. 14Judah too will fight at Jerusalem. The wealth of all the surrounding nations will be collected—great quantities of gold and silver and clothing. 15A similar plague will strike the horses and mules, the camels and donkeys, and all the animals in those camps.

16Then the survivors from all the nations that have attacked Jerusalem will go up year after year to worship The KING, The LORD ALMIGHTY, and to celebrate the Festival of Tabernacles.

20On that day HOLY TO THE LORD will be inscribed on the bells of the horses, 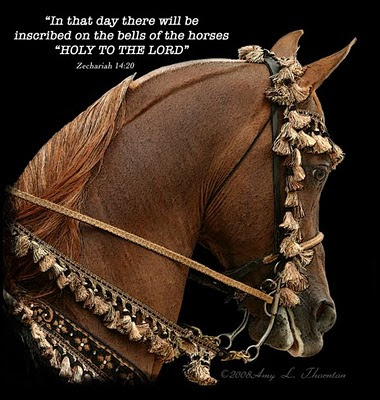 and the cooking pots in The Lord’s House will be like the sacred bowls in front of the altar. 21Every pot in Jerusalem and Judah will be holy to The LORD ALMIGHTY, and all who come to sacrifice will take some of the pots and cook in them. And on that day there will no longer be a Canaanitec in The House of The LORD ALMIGHTY.

14:1-7 The LORD JESUS often Stood Upon the Mount of Olives when on earth. HE Ascended from thence to heaven, and then desolations and distresses came upon the Jewish nation. Such is the view taken of this figuratively; but many consider it as a notice of events yet unfulfilled, and that it relates to troubles of which we cannot now form a full idea. Every believer, being related to GOD as His GOD, may triumph in the expectation of CHRIST'S Coming in Power, and speak of it with pleasure.

14:8-15 Some consider that the progress of The Gospel, beginning from Jerusalem, is referred to by The Living Waters flowing from that city. Neither shall The Gospel and means of grace, nor the graces of The SPIRIT Wrought in the hearts of believers by those means, ever fail, by reason either of the heat of persecution, or storms of temptation, or the blasts of any other affliction.

Tremendous judgments appear to be foretold, to be sent upon those who should oppose the settlement of the Jews in their own land. How far they are to be understood literally, events alone can determine. The furious rage and malice which stir up men against each other, are faint shadows of the enmity which reigns among those who have perished in their sins. Even the inferior creatures often suffer for the sin of man, and in His plagues. Thus GOD Will Show His Displeasure against sin.


14:16-21 As it is impossible for all nations literally to come to Jerusalem once a year, to keep a feast, it is evident that a figurative meaning must here be applied. Gospel worship is represented by the keeping of the feast of tabernacles. Every day of a Christian's life is a day of the feast of tabernacles; every Lord's Day especially is the great day of the feast; therefore every day let us worship The Lord of Hosts, and keep every Lord's Day with peculiar solemnity.

It is just for GOD To Withhold the blessings of grace from those who do not attend the means of grace. It is a sin that is its own punishment; those who forsake the duty, forfeit the privilege of communion with GOD. A time of complete peace and purity of the church will arrive. Men will carry on their common affairs, and their sacred services, upon the same holy principles of faith, love and obedience. Real holiness shall be more diffused, because there shall be a more plentiful pouring forth of The SPIRIT of Holiness than ever before. There shall be holiness even in common things. Every action and every enjoyment of the believer should be so regulated according to the Will of GOD, that it may be directed to His Glory.

Our whole lives should be as one constant sacrifice, or act of devotion; no selfish motive should prevail in any of our actions. But how far is the Christian church from this state of purity! Other times, however, are at hand, and The Lord Will Reform and Enlarge His church, As HE Has Promised. Yet in heaven alone will perfect holiness and happiness be found.