1Then JESUS Was Led by The SPIRIT into the wilderness to be tempteda by the devil. 2After fasting forty days and forty nights, HE Was Hungry. 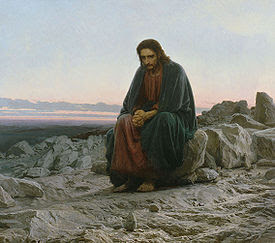 3The tempter came to Him and said,

“If You Are The SON of GOD, tell these stones to become bread.” 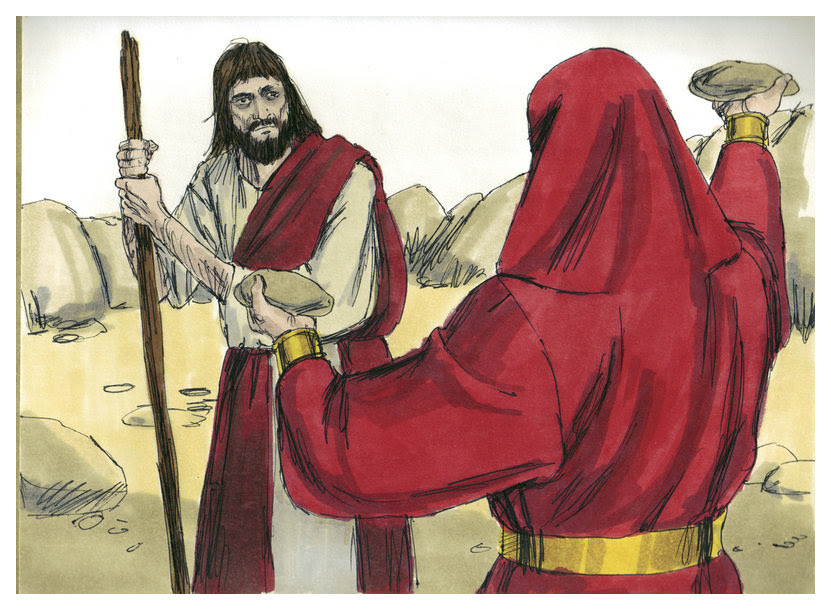 “It Is Written: ‘Man shall not live on bread alone, but on Every WORD That Comes From The Mouth Of GOD.’ ”

5Then the devil took Him to the holy city and had Him stand on the highest point of the Temple.

For it is written:

“ ‘HE Will Command His angels concerning YOU,
and they will lift YOU up in their hands,
so that YOU Will Not Strike YOUR Foot against a stone.’ ”

8Again, the devil took Him to a very high mountain and showed Him all the kingdoms of the world and their splendor.

10JESUS Said to him,

“Away From ME, Satan! For It Is Written: ‘Worship The Lord your GOD, And Serve Him Only.’ ” 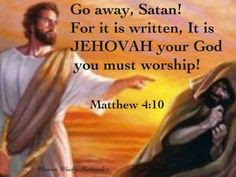 11Then the devil left Him, and angels came and attended Him.

Then was JESUS led up of The SPIRIT - Led up by The SPIRIT.  By “The SPIRIT” is meant the same SPIRIT of GOD, Who Had Descended and Lighted On Him in a bodily shape, with the gifts and graces of which HE Was Anointed, in an extraordinary manner, for public service.

Mark 1:12 says, “The SPIRIT immediately Drove Him out into the wilderness.” though not against His Will; to which was added an external impulse, or outward rapture, somewhat like that action of The SPIRIT on Philip. Acts 8:39.

Luke says Luke 4:1 that JESUS Was “full of The HOLY SPIRIT;” and it was by His Influence, therefore, that HE Went into the desert to be tempted. It was not done by presumption on the part of JESUS, nor was it for a mere display of His Power in resisting temptation; but it was evidently that it might be seen that His Holiness was such that HE could not be seduced from allegiance to GOD.

When the first Adam was created he was subjected to the temptation of the devil, and he fell and involved the race in ruin: it was not improper that the second Adam - The Redeemer of the race - should be subjected to temptation, in order that it might be seen that there was no power that could alienate Him from GOD; that there was a kind and a degree of holiness which no power could estrange from His allegiance to The FATHER.

Mark 1:12 says that this occurred “immediately” after his baptism; that is, in His Case, the great temptation followed immediately the remarkable manifestation of the FATHER’s Favor to Him.

In the clearest manifestations of the Divine Favor to us we may not be far from most powerful temptations, and then may be the time when it is necessary to be most carefully on our guard against the temptation of the devil.


12When JESUS Heard that John had been put in prison, HE Withdrew to Galilee. 13Leaving Nazareth, HE Went and Lived in Capernaum, which was by the lake in the area of Zebulun and Naphtali—

14to fulfill what was said through the prophet Isaiah:

15“Land of Zebulun and land of Naphtali,
the Way of the Sea, beyond the Jordan,
Galilee of the Gentiles—
16the people living in darkness
have seen A Great Light;
on those living in the land of the shadow of death
A Light Has Dawned.”


17 From that time on JESUS Began to preach,

“Repent, for The Kingdom of Heaven Has Come Near.”

The Bible tells us that the time when JESUS Began To Preach repentance for entering The Kingdom of Heaven is immediately after HE Won the crucial victory over the devil when HE Did Not Bow Down and Worship the devil for all the kingdoms of the world and their splendor.

This is sharply contrasted with the complete fall of Adam when he was tempted by the devil and deprived of all the privilege and dignity as regent of the Creator that eventually lead him to be cast out of the Garden of Eden.

The Lord once Says,

“But if it is by The SPIRIT of GOD that I Drive Out demons, then The Kingdom of GOD Has Come upon you.” Matthew 12:28

The Kingdom of GOD Has Come Upon You may mean, either The MESSIAH Himself; or rather, His Kingdom, The Gospel dispensation, which both CHRIST and John had declared to be at hand; of which the performing of miracles, particularly the casting out of devils, whereby the kingdom of Satan was so much weakened, was a clear proof.