1 It is for freedom that CHRIST Has Set us free. Stand firm, then, and do not let yourselves be burdened again by a yoke of slavery.

2Mark my words! I, Paul, tell you that if you let yourselves be circumcised, CHRIST Will Be of no value to you at all. 3Again I declare to every man who lets himself be circumcised that he is obligated to obey the whole Law. 4You who are trying to be justified by the Law have been alienated From CHRIST; you have fallen away From Grace. 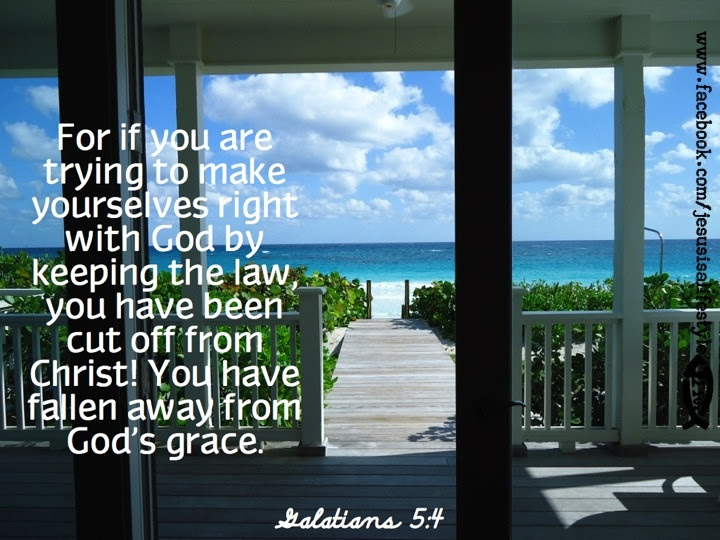 5For Through The SPIRIT we eagerly await by faith the righteousness for which we hope. 6For In CHRIST JESUS neither circumcision nor uncircumcision has any value. The only thing that counts is faith expressing itself through love.

7You were running a good race. Who cut in on you to keep you from obeying the truth? 8That kind of persuasion does not come from The ONE WHO Calls you. 9“A little yeast works through the whole batch of dough.” 10I am confident In The Lord that you will take no other view. The one who is throwing you into confusion, whoever that may be, will have to pay the penalty. 11Brothers and sisters, if I am still preaching circumcision, why am I still being persecuted? In that case the offense of the cross has been abolished. 12As for those agitators, I wish they would go the whole way and emasculate themselves!

Life by The SPIRIT

13You, my brothers and sisters, were called to be free. But do not use your freedom to indulge the flesha; rather, serve one another humbly in love. 14For the entire Law is fulfilled in keeping this one command: “Love your neighbor as yourself.” 15If you bite and devour each other, watch out or you will be destroyed by each other. 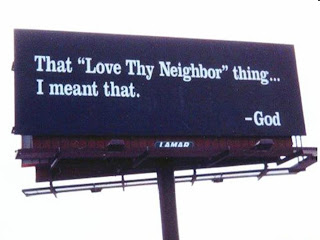 22But The Fruit of The SPIRIT is love, joy, peace, forbearance, kindness, goodness, faithfulness,23gentleness and self-control. Against such things there is no law.

24Those who belong to CHRIST JESUS have crucified the flesh with its passions and desires. 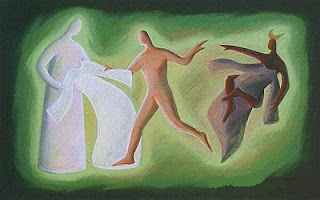 25Since we live by The SPIRIT, let us keep in step with The SPIRIT. 26Let us not become conceited, provoking and envying each other.


Posted by 지구 여행객 JOHN KIM at 3:20 PM No comments: Links to this post

1What I am saying is that as long as an heir is underage, he is no different from a slave, although he owns the whole estate. 2The heir is subject to guardians and trustees until the time set by his father. 3So also, when we were underage, we were in slavery under the elemental spiritual forces of the world. 4But when the set time had fully come,

GOD Sent His SON, born of a woman, born under the Law, 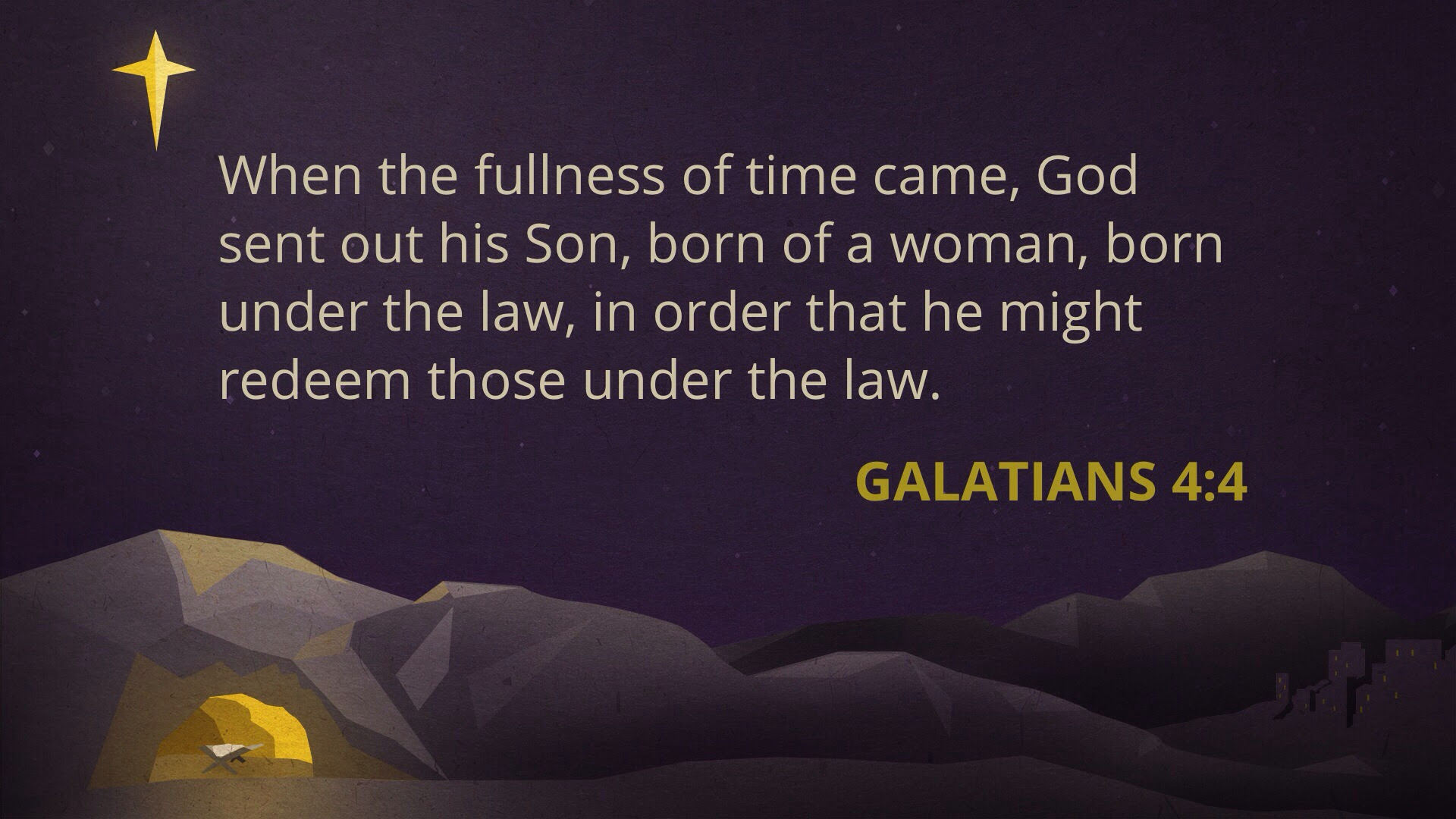 5To Redeem those under the Law, that we might receive adoption to sonship.

6Because you are His sons,

GOD Sent The SPIRIT of HIS SON into our hearts,

The SPIRIT Who Calls Out, 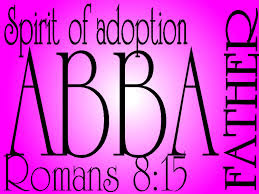 7So you are no longer a slave, but GOD’s child; and since you are His child, GOD Has Made you also an heir. 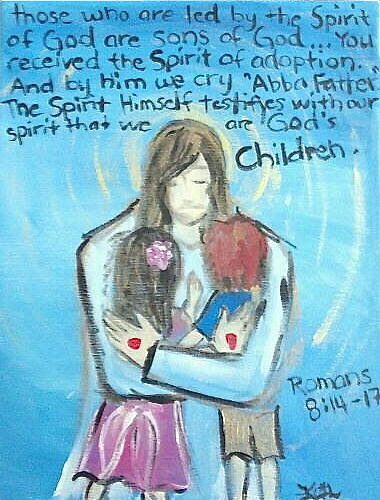 Paul’s Concern for the Galatians

8Formerly, when you did not know GOD, you were slaves to those who by nature are not gods. 9But now that you know GOD—or rather are known by GOD—how is it that you are turning back to those weak and miserable forces ? Do you wish to be enslaved by them all over again? 10You are observing special days and months and seasons and years! 11I fear for you, that somehow I have wasted my efforts on you.

12I plead with you, brothers and sisters, become like me, for I became like you. You did me no wrong.13As you know, it was because of an illness that I first preached the Gospel to you, 14and even though my illness was a trial to you, you did not treat me with contempt or scorn. Instead, you welcomed me as if I were an angel of GOD, as if I were CHRIST JESUS HIMSELF. 15Where, then, is your blessing of me now? I can testify that, if you could have done so, you would have torn out your eyes and given them to me. 16Have I now become your enemy by telling you the truth?

17Those people are zealous to win you over, but for no good. What they want is to alienate you from us, so that you may have zeal for them. 18It is fine to be zealous, provided the purpose is good, and to be so always, not just when I am with you. 19My dear children, for whom I am again in the pains of childbirth Until CHRIST Is Formed in you, 20how I wish I could be with you now and change my tone, because I am perplexed about you! 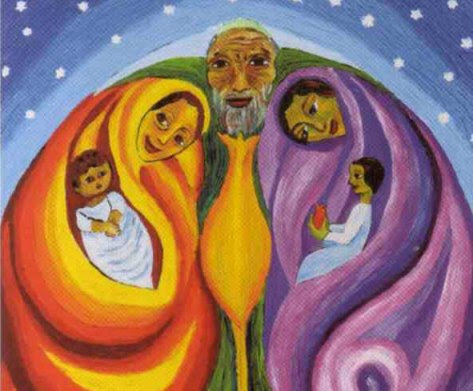 24These things are being taken figuratively: The women represent two covenants. One covenant is from Mount Sinai and bears children who are to be slaves:

25Now Hagar stands for Mount Sinai in Arabia and

corresponds to the present city of Jerusalem,

because she is in slavery with her children.

26But the Jerusalem that is above is free, and she is our mother.

27For it is written:

“Be glad, barren woman,
you who never bore a child;
shout for joy and cry aloud,
you who were never in labor;
because more are the children of the desolate woman
than of her who has a husband.”

28Now you, brothers and sisters, like Isaac, are children of promise. 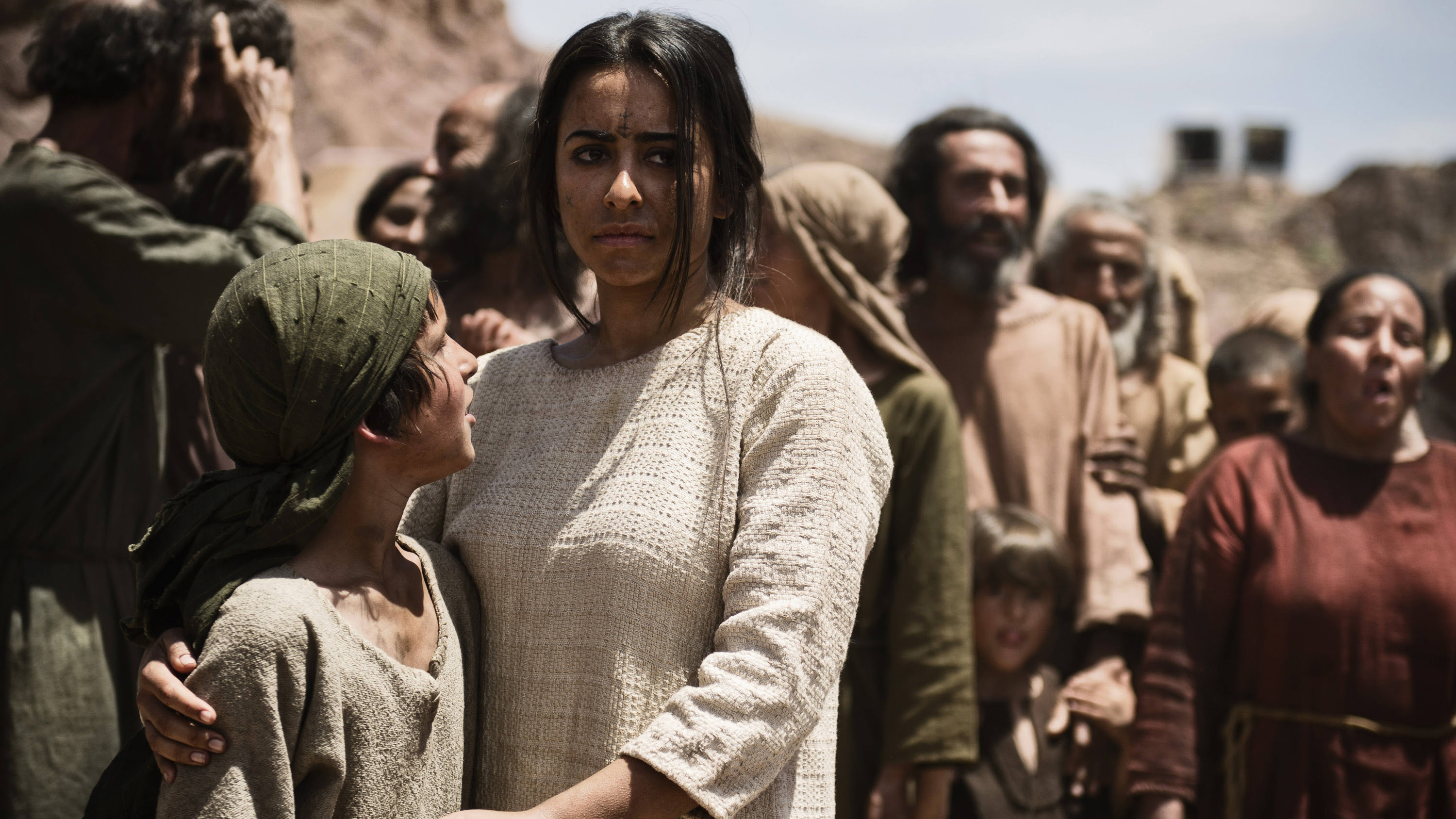 31Therefore, brothers and sisters, we are not children of the slave woman, but of the free woman. 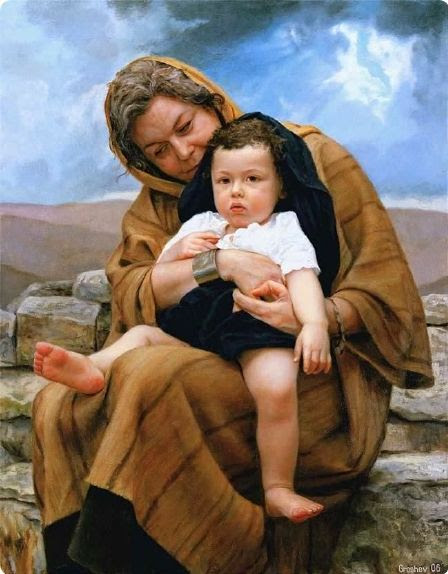 Posted by 지구 여행객 JOHN KIM at 3:09 PM No comments: Links to this post

I am CHRIST's And HE IS Mine

Faith or Works of the Law

1You foolish Galatians! Who has bewitched you? Before your very eyes JESUS CHRIST Was Clearly Portrayed As Crucified. 2I would like to learn just one thing from you: Did you receive The SPIRIT by the works of the Law, or by believing what you heard? 3Are you so foolish? After beginning by means of The SPIRIT, are you now trying to finish by means of the flesh?a 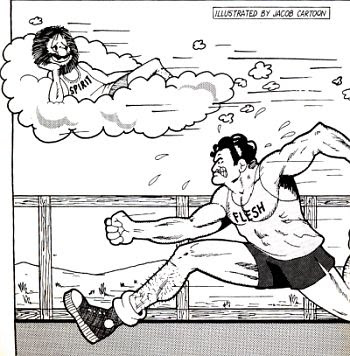 4Have you experiencedb so much in vain—if it really was in vain?5So again I ask, Does GOD Give you HIS SPIRIT and Work miracles among you by the works of the Law, or by your believing what you heard?

“believed GOD, and it was credited to him as righteousness.”c

7Understand, then, that those who have faith are children of Abraham. 8Scripture foresaw that GOD Would Justify the Gentiles by faith, and Announced the Gospel in advance to Abraham:


“All nations will be blessed through you.”d 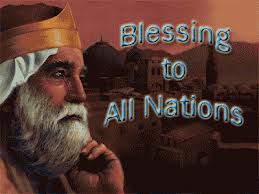 9So those who rely on faith are blessed along with Abraham, the man of faith.

10For all who rely on the works of the Law are under a curse, as it is written: “Cursed is everyone who does not continue to do everything written in the Book of the Law.”e

11Clearly no one who relies on the Law is justified Before GOD, because “the righteous will live by faith.”

12The law is not based on faith; on the contrary, it says, “The person who does these things will live by them.” 13CHRIST Redeemed us from the curse of the Law By Becoming a Curse for us, for it is written: “Cursed is everyone who is hung on a pole.”

14HE Redeemed us in order that the blessing given to Abraham might come to the Gentiles Through CHRIST JESUS, so that by faith we might receive the Promise of The SPIRIT.

The Law and the Promise

15Brothers and sisters, let me take an example from everyday life. Just as no one can set aside or add to a human covenant that has been duly established, so it is in this case. 16The promises were spoken to Abraham and to his seed. Scripture does not say “and to seeds,” meaning many people,


but “and to your Seed,” meaning One Person, WHO Is CHRIST.

17What I mean is this: The law, introduced 430 years later, does not set aside the Covenant previously established by GOD and thus do away with the promise. 18For if the inheritance depends on the Law, then it no longer depends on the promise; But GOD In HIS Grace Gave it to Abraham through a Promise.

19Why, then, was the Law given at all? It was added because of transgressions Until The SEED To WHOM the Promise referred had come. The law was given through angels and entrusted to a Mediator. 20A Mediator, however, implies more than one party; But GOD Is ONE.

21Is the law, therefore, opposed to the Promises of GOD? Absolutely not! For if a law had been given that could impart life, then righteousness would certainly have come by the Law. 22But Scripture has locked up everything under the control of sin, so that what was promised, being given through faith in JESUS CHRIST, might be given to those who believe.

23Before the coming of this faith,j we were held in custody under the Law, locked up until the faith that was to come would be revealed. 24So the Law was our guardian Until CHRIST Came that we might be justified by faith. 25Now that this faith has come, we are no longer under a guardian.

26So In CHRIST JESUS you are all children of GOD through faith, 27for all of you who were baptized Into CHRIST have clothed yourselves With CHRIST. 28There is neither Jew nor Gentile, neither slave nor free, nor is there male and female, for you are all one In CHRIST JESUS.


29If you belong To CHRIST, then you are Abraham’s seed, and heirs according to the Promise. 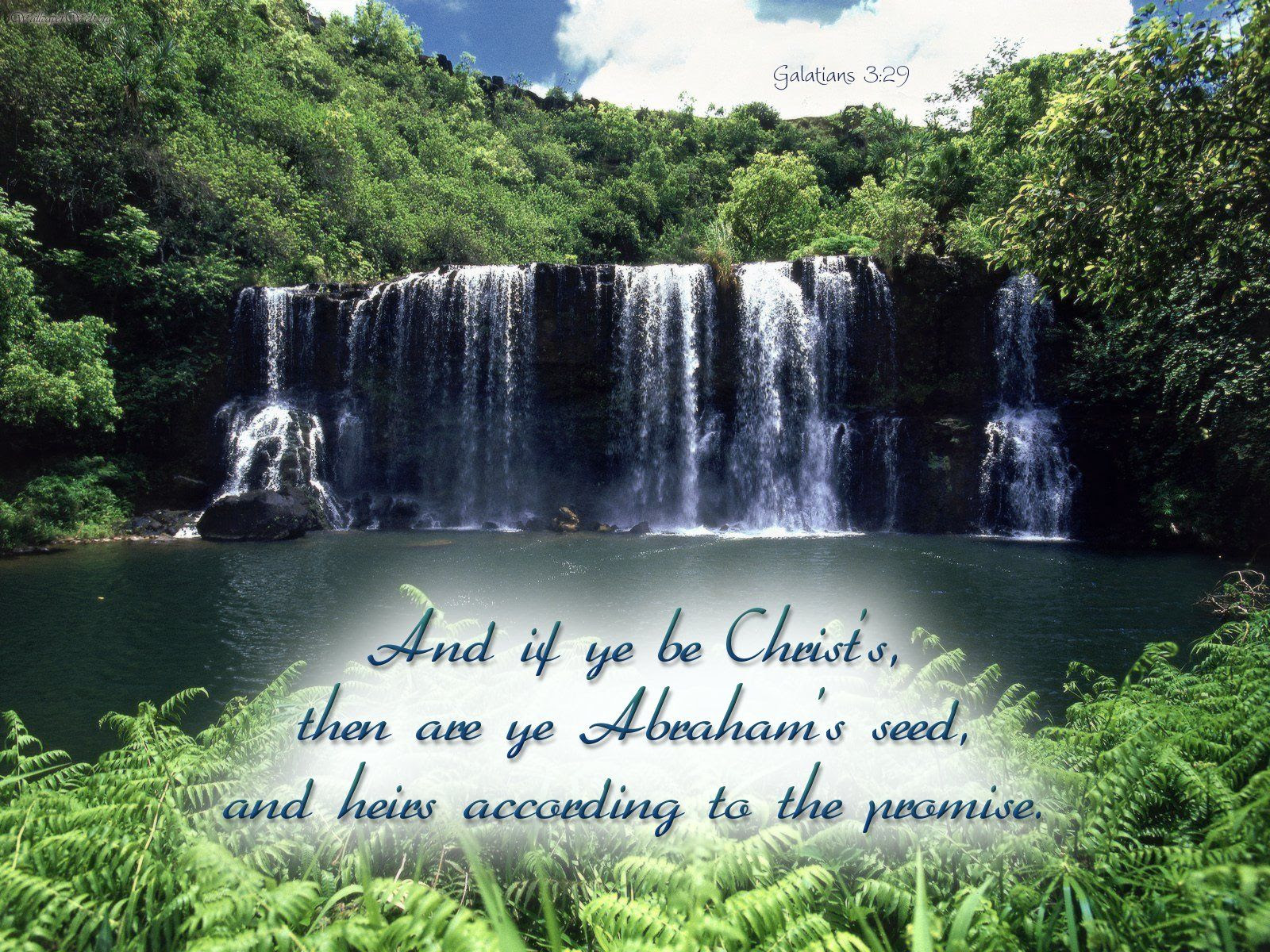 Posted by 지구 여행객 JOHN KIM at 1:44 PM No comments: Links to this post