JESUS Sheds His Blood As A Sacrifice Of Atonement

1What advantage, then, is there in being a Jew, or what value is there in circumcision? 2Much in every way! First of all, the Jews have been entrusted with The Very WORDS of GOD.

3What if some were unfaithful? Will their unfaithfulness nullify GOD’s faithfulness? 4Not at all! Let GOD Be True, and every human being a liar. 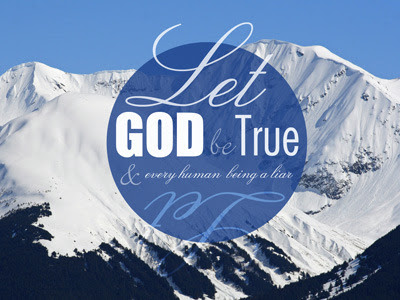 As it is written:

“So That YOU May Be Proved Right When YOU Speak
And Prevail When YOU Judge.”a

5But if our unrighteousness brings out GOD’S righteousness more clearly, what shall we say? That GOD Is Unjust in bringing His Wrath On us? (I am using a human argument.) 6Certainly not! If that were so, How Could GOD Judge the world? 7Someone might argue, “If my falsehood enhances GOD’S Truthfulness and so increases His Glory, why am I still condemned as a sinner?” 8Why not say—as some slanderously claim that we say—“Let us do evil that good may result”? Their condemnation is just!

No One Is Righteous

9What shall we conclude then? Do we have any advantage? Not at all! For we have already made the charge that Jews and Gentiles alike are all under the power of sin.

“There is no one righteous, not even one; 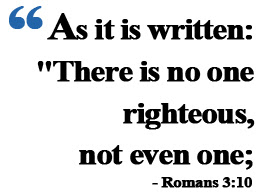 11there is no one who understands;
there is no one who seeks GOD.
12All have turned away,
they have together become worthless;
there is no one who does good,
not even one.”b
13“Their throats are open graves;
their tongues practice deceit.”c
“The poison of vipers is on their lips.”d
14“Their mouths are full of cursing and bitterness.”e
15“Their feet are swift to shed blood;
16ruin and misery mark their ways,
17and the way of peace they do not know.”f
18“There is no fear of GOD before their eyes.”g

19Now we know that whatever the Law says, it says to those who are under the Law, so that every mouth may be silenced and the whole world held accountable to GOD. 20Therefore no one will be declared righteous in GOD’s Sight by the works of the Law; rather, through the Law we become conscious of our sin.

21But now apart from the Law the Righteousness of GOD Has Been Made Known, to which the Law and the Prophets testify. 22This righteousness is given through faith inh JESUS CHRIST to all who believe. There is no difference between Jew and Gentile,


23For all have sinned and fall short of the Glory of GOD,

24And all are justified freely by His Grace through the Redemption that came by CHRIST JESUS.

25 GOD Presented CHRIST as a Sacrifice of Atonement, through the Shedding of His Blood—to be received by faith. HE Did this To Demonstrate His Righteousness, Because in His Forbearance HE Had Left the sins committed beforehand unpunished— 26HE Did it To Demonstrate His Righteousness at the present time, so as To Be Just and The ONE Who Justifies those who have faith in JESUS. 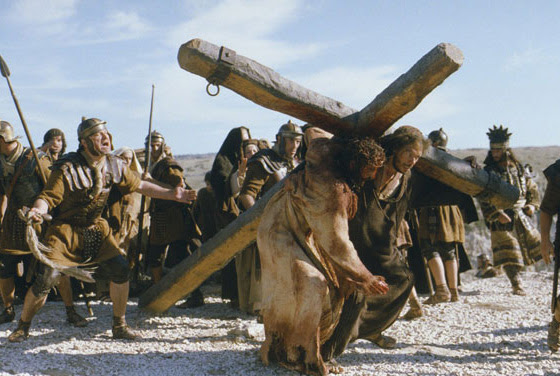 27Where, then, is boasting? It is excluded. Because of what Law? The Law that requires works? No, because of the Law that requires faith. 28For we maintain that a person is justified by faith apart from the works of the Law. 29Or Is GOD The GOD of Jews only? Is HE Not The GOD of Gentiles too? Yes, of Gentiles too,30Since there is ONLY ONE GOD, Who Will Justify the circumcised by faith and the uncircumcised through that same faith. 31Do we, then, nullify the Law by this faith? Not at all! Rather, we uphold the Law.