Blessed Be The Name Of JEHOVAH!

1In the land of Uz

there lived a man whose name was Job. 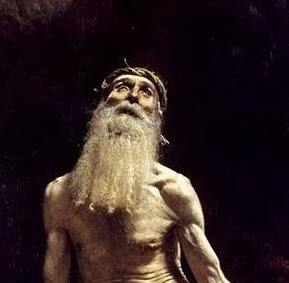 This man was blameless and upright; he feared GOD and shunned evil. 2He had seven sons and three daughters, 3and he owned seven thousand sheep, 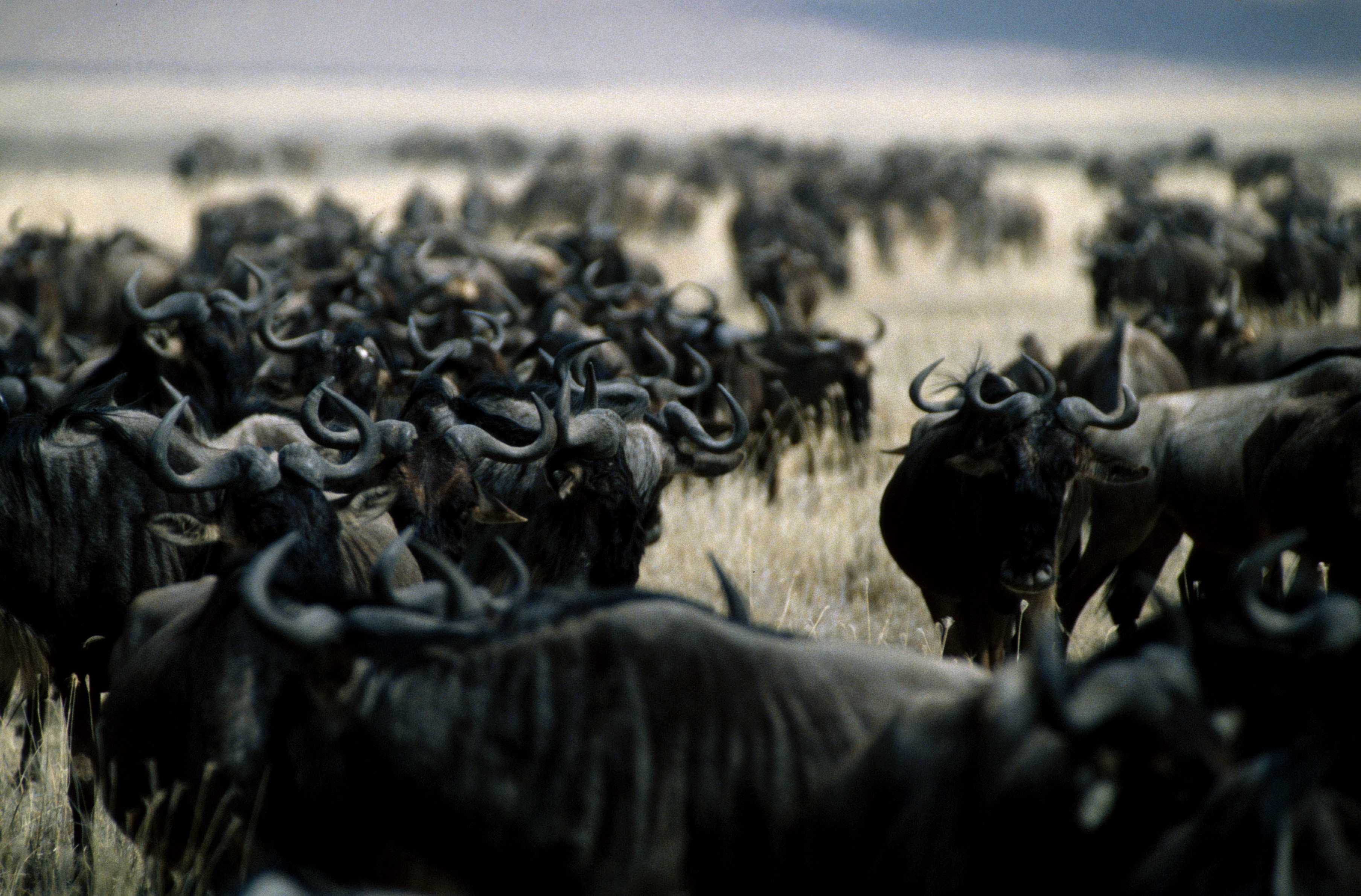 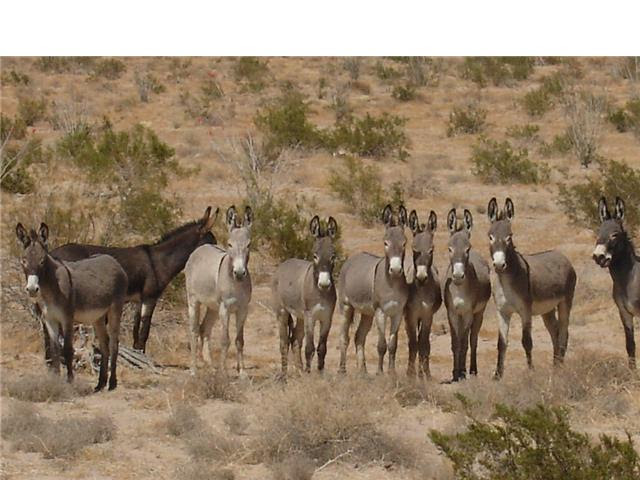 and had a large number of servants. He was the greatest man among all the people of the East.

4His sons used to hold feasts in their homes on their birthdays, and they would invite their three sisters to eat and drink with them.

5When a period of feasting had run its course, Job would make arrangements for them to be purified. Early in the morning he would sacrifice a burnt offering for each of them, thinking, “Perhaps my children have sinned and cursed GOD in their hearts.” This was Job’s regular custom. 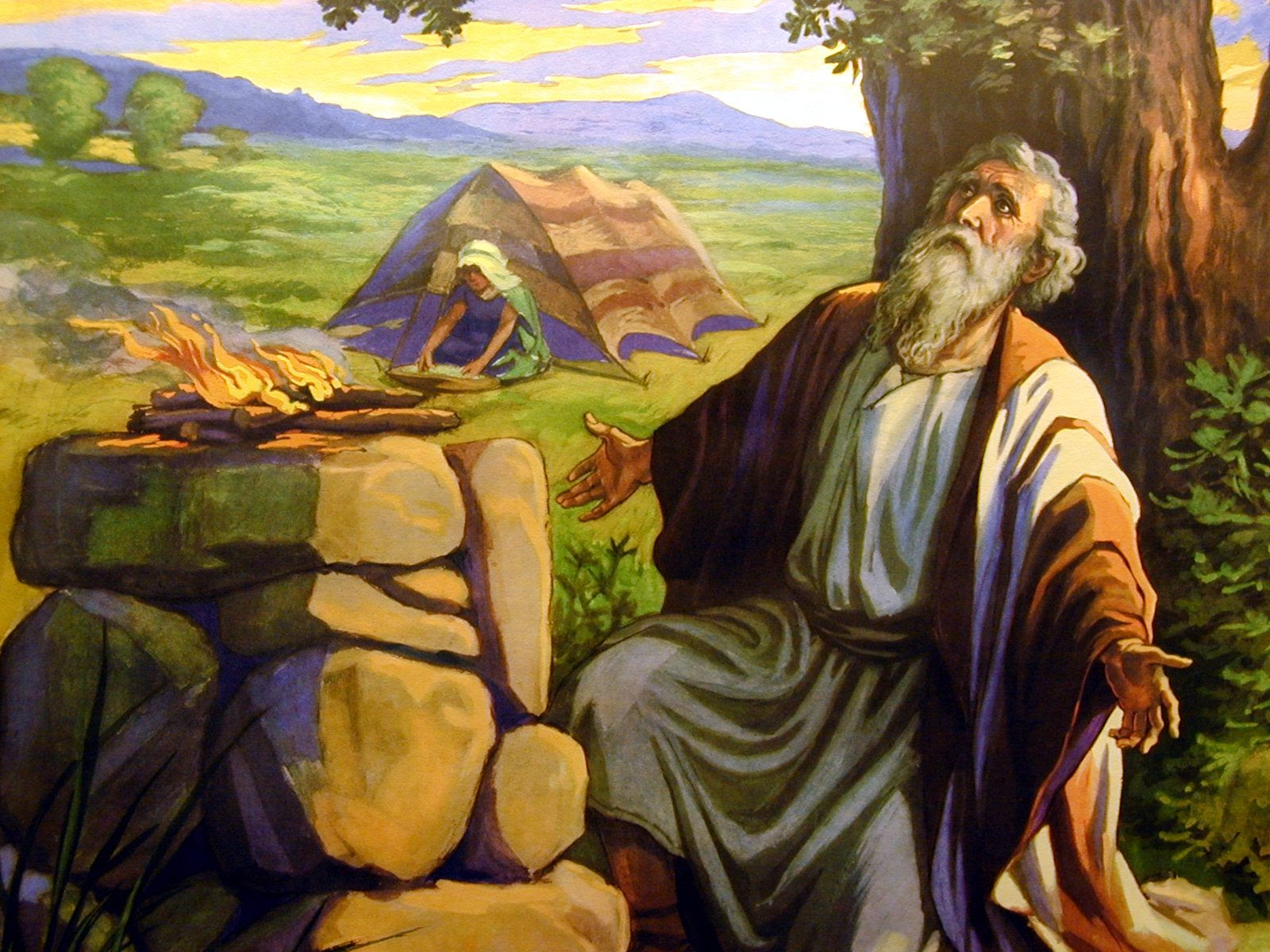 6One day the angelsa came to present themselves Before The LORD, 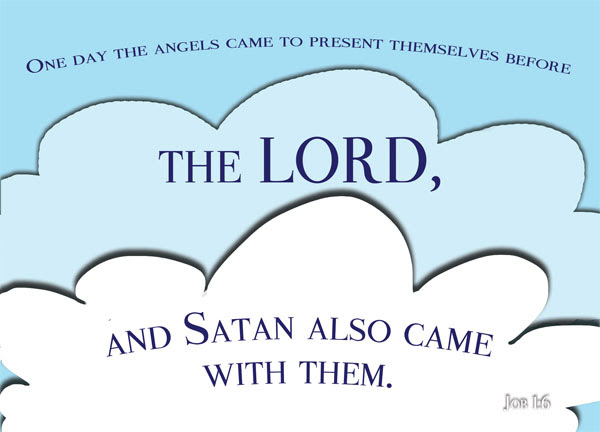 and Satanb also came with them. 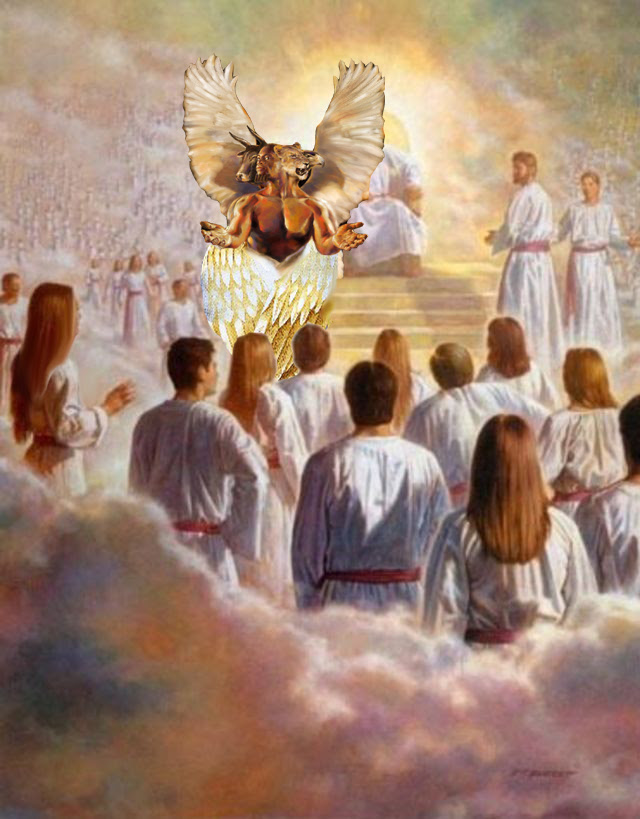 7The LORD Said to Satan, “Where have you come from?”

Satan answered The LORD, “From roaming throughout the earth, going back and forth on it.”

8Then The LORD Said to Satan,


“Have you considered MY servant Job? There is no one on earth like him; he is blameless and upright, a man who fears GOD and shuns evil.”

9“Does Job fear GOD for nothing?” Satan replied. 10“Have you not put a hedge around him and his household and everything he has? YOU Have Blessed the work of his hands, so that his flocks and herds are spread throughout the land. 11But now Stretch Out YOUR Hand and Strike everything he has, and he will surely curse YOU to YOUR Face.”

12The LORD Said to Satan,


“Very well, then, everything he has is in your power, but on the man himself do not lay a finger.” Then Satan went out from the Presence of The LORD.

13One day when Job’s sons and daughters were feasting and drinking wine at the oldest brother’s house,14a messenger came to Job and said, “The oxen were plowing and the donkeys were grazing nearby, 15and the Sabeans attacked and made off with them. They put the servants to the sword, and I am the only one who has escaped to tell you!”

16While he was still speaking, another messenger came and said, “The Fire of GOD Fell from the heavens and burned up the sheep and the servants, and I am the only one who has escaped to tell you!” 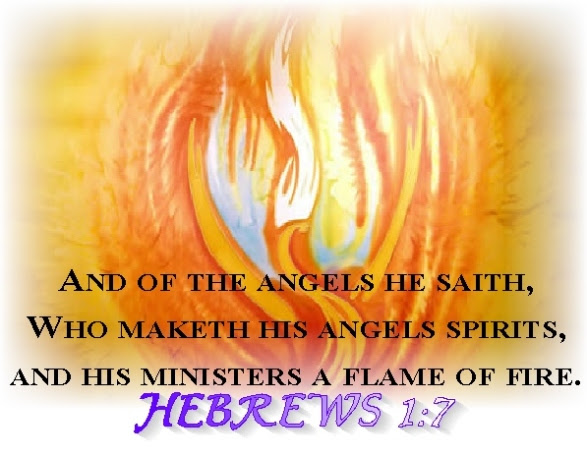 17While he was still speaking, another messenger came and said, “The Chaldeans formed three raiding parties and swept down on your camels and made off with them. They put the servants to the sword, and I am the only one who has escaped to tell you!”

18While he was still speaking, yet another messenger came and said, “Your sons and daughters were feasting and drinking wine at the oldest brother’s house, 19when suddenly a mighty wind swept in from the desert and struck the four corners of the house. It collapsed on them and they are dead, and I am the only one who has escaped to tell you!” 20At this, Job got up and tore his robe and shaved his head. Then he fell to the ground in worship 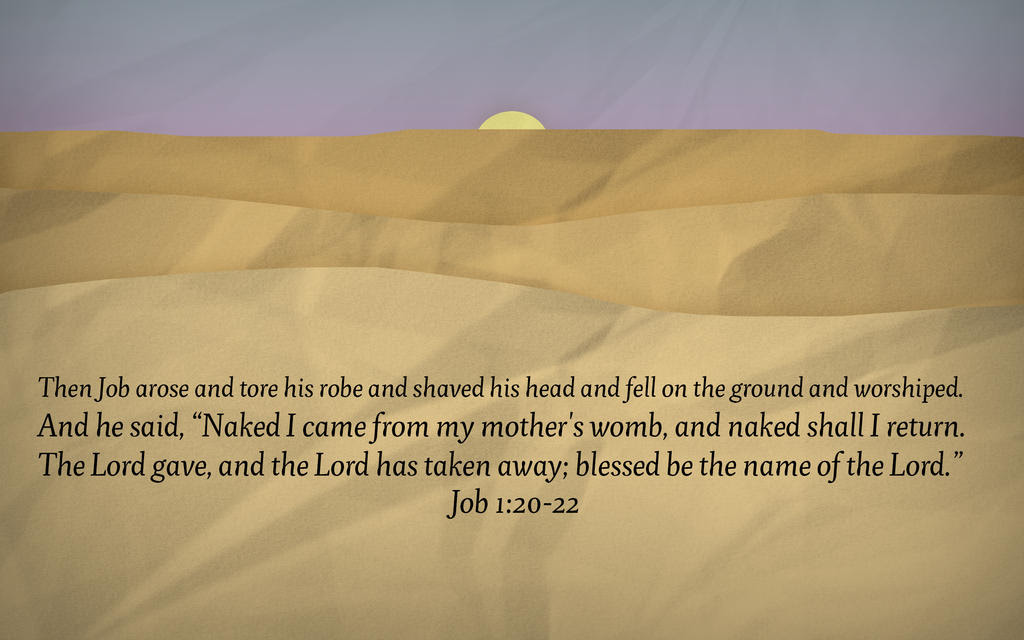 “Naked I came from my mother’s womb,
and naked I will depart.
The LORD Gave and The LORD Has Taken Away;
May The Name of The LORD Be Praised.”

22In all this, Job did not sin by charging GOD with wrongdoing.

A Lesson From Job's Life of Prayer


Verse 5 : “Perhaps my children have sinned and cursed GOD in their hearts.” This was Job’s regular custom.


Seven Things to Pray for Your Children


Some years back a good friend shared with me seven Scripture texts that he and his wife prayed for their two daughters from the time they were infants. The girls are now grown. And it’s beautiful to see how God has (and still is) answering the faithful, specific prayers of faith-filled parents in the lives of these young, godly women.
I have frequently used these prayers when praying for my children too. And I commend them to you (see below).
But, of course, prayers are not magic spells. It’s not a matter of just saying the right things and our children will be blessed with success.
Some parents earnestly pray and their children become a gifted leaders or scholars or musicians or athletes. Others earnestly pray and their children develop a serious disability or disease or wander through a prodigal wilderness or just struggle more than others socially or academically or athletically. And the truth is, God is answering all these parents’ prayers, but for very different purposes.
That’s why Scriptures like John 9:1–3 are in the Bible. We must not too quickly assess GOD’S purposes because they can be opposite of our perceptions. GOD measures success differently than we do, which is why he often answers our prayers in ways we don’t expect.
So pray for your children. Jesus promises us that if we ask, seek, and knock the Father will give us good in return (Luke 11:9-13), even if the good isn't apparent for 40 years. And because Jesus regularly asked those who came to him, “What do you want me to do for you?” (Mark 10:51), we know that he wants us to be specificwith our requests.

So, here are seven helpful, specific things to pray for your children:

1. That Jesus will call them and no one will hinder them from coming.

2. That they will respond in faith to Jesus’s faithful, persistent call.

The LORD is not slow to fulfill his promise as some count slowness, but is patient toward you, not wishing that any should perish, but that all should reach repentance. (2 Peter 3:9)

3. That they will experience sanctification through the transforming work of the HOLY SPIRIT and will increasingly desire to fulfill the greatest commandments.

4. That they will not be unequally yoked in intimate relationships, especially marriage.

Do not be unequally yoked with unbelievers. For what partnership has righteousness with lawlessness? Or what fellowship has light with darkness? (2 Corinthians 6:14)

5. That their thoughts will be pure.

6. That their hearts will be stirred to give generously to The LORD'S work.

All the men and women, the people of Israel, whose heart moved them to bring anything for the work that The LORD Had Commanded by Moses to be done brought it as a freewill offering To The LORD. (Exodus 35:29)

7. That when the time is right, they will GO!

And JESUS Came and Said to them, “All authority in heaven and on earth has been given to ME. Go therefore and make disciples of all nations, baptizing them in the NAME of The FATHER and of The SON and of The HOLY SPIRIT, teaching them to observe all that I Have Commanded you. And behold, I AM with you always, to the end of the age.” (Matthew 28:18-20)