I Made A Covenant With My Eyes 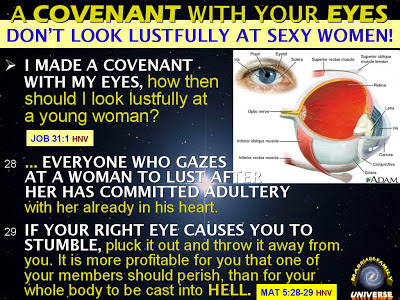 1“I made a covenant with my eyes
not to look lustfully at a young woman.

2For what is our lot from GOD above,
our heritage from The ALMIGHTY on high?
3Is it not ruin for the wicked,
disaster for those who do wrong?
4Does HE Not See my ways
and count my every step?
5“If I have walked with falsehood
or my foot has hurried after deceit—
6Let GOD Weigh me in honest scales
and HE Will Know that I am blameless—
7if my steps have turned from the path,
if my heart has been led by my eyes,
or if my hands have been defiled,
8then may others eat what I have sown,
and may my crops be uprooted.
9“If my heart has been enticed by a woman,
or if I have lurked at my neighbor’s door,

10then may my wife grind another man’s grain,
and may other men sleep with her.
11For that would have been wicked,
a sin to be judged.
12It is a fire that burns to Destructiona ;
it would have uprooted my harvest.
13“If I have denied justice to any of my servants,
whether male or female,
when they had a grievance against me,
14what will I do when GOD Confronts me?
What will I answer when called to account?
15Did Not HE Who Made me in the womb make them?
Did Not The Same One Form us both within our mothers?
16“If I have denied the desires of the poor
or let the eyes of the widow grow weary,
17if I have kept my bread to myself,
not sharing it with the fatherless—
18but from my youth I reared them as a father would,
and from my birth I guided the widow—
19if I have seen anyone perishing for lack of clothing,
or the needy without garments,
20and their hearts did not bless me
for warming them with the fleece from my sheep,
21if I have raised my hand against the fatherless,
knowing that I had influence in court,
22then let my arm fall from the shoulder,
let it be broken off at the joint.
23For I dreaded destruction from GOD,
and for fear of His Splendor I could not do such things.
24“If I have put my trust in gold
or said to pure gold, ‘You are my security,’ 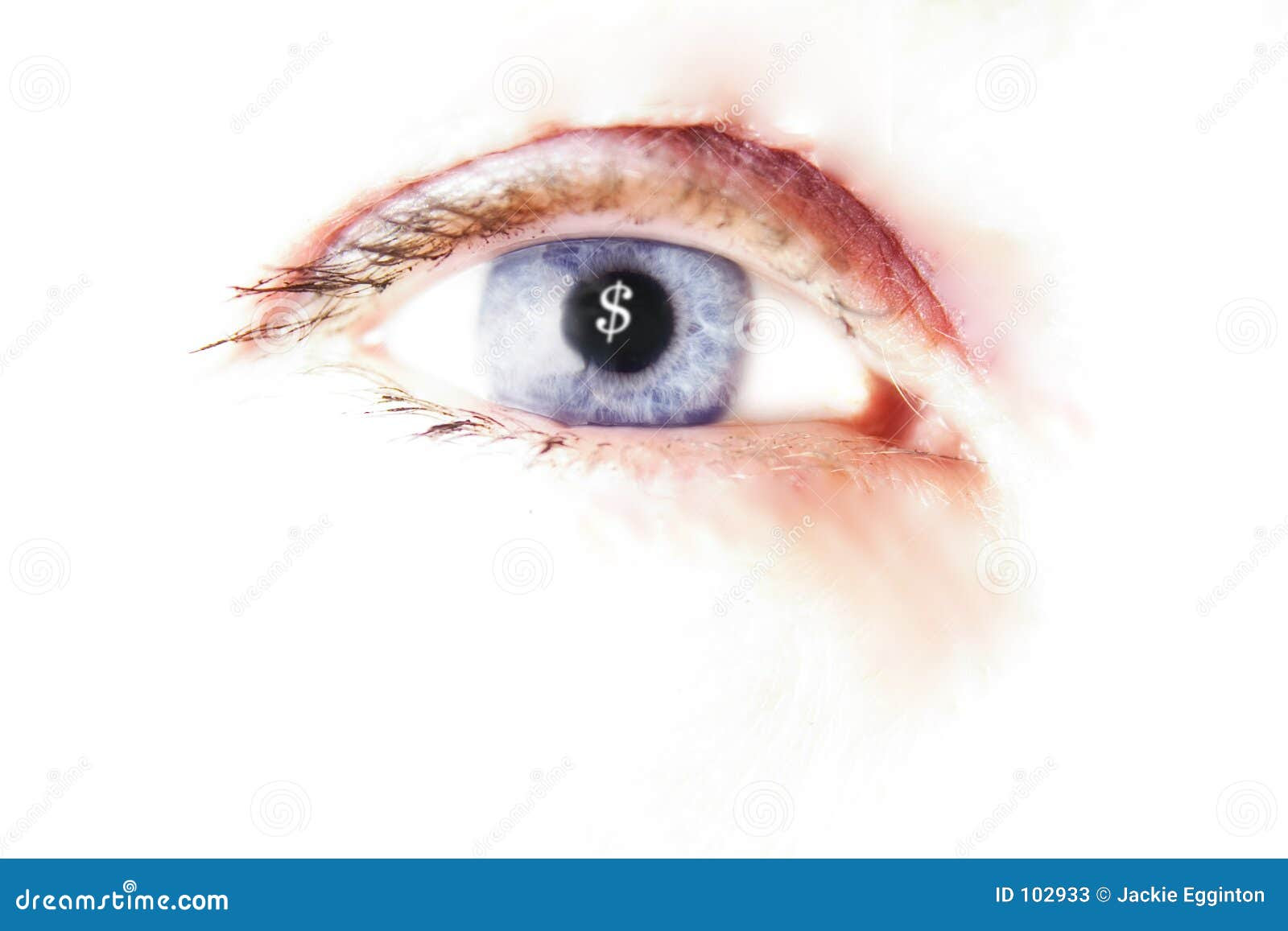 25if I have rejoiced over my great wealth,
the fortune my hands had gained,
26if I have regarded the sun in its radiance
or the moon moving in splendor,
27so that my heart was secretly enticed
and my hand offered them a kiss of homage,
28then these also would be sins to be judged,
for I would have been unfaithful to GOD on high.
29“If I have rejoiced at my enemy’s misfortune
or gloated over the trouble that came to him—
30I have not allowed my mouth to sin
by invoking a curse against their life—
31if those of my household have never said,
‘Who has not been filled with Job’s meat?’—
32but no stranger had to spend the night in the street,
for my door was always open to the traveler—
33if I have concealed my sin as people do,b
by hiding my guilt in my heart
34because I so feared the crowd
and so dreaded the contempt of the clans
that I kept silent and would not go outside—
35(“Oh, that I had someone to hear me!
I sign now my defense—let The ALMIGHTY Answer me;
let my accuser put his indictment in writing.
36Surely I would wear it on my shoulder,
I would put it on like a crown.
37I would give him an account of my every step;
I would present it to him as to a ruler.)—
38“if my land cries out against me
and all its furrows are wet with tears,
39if I have devoured its yield without payment
or broken the spirit of its tenants,
40then let briers come up instead of wheat
and stinkweed instead of barley.”

The words of Job are ended.

Job had often protested his integrity in general; here he does it in particular instances. Job did not speak the things here recorded by way of boasting, but in answer to the charge of hypocrisy. He understood the spiritual nature of GOD'S Commandments, as reaching to the thoughts and intents of the heart.

It is best to let our actions speak for us; but in some cases we owe it to ourselves and to the cause of GOD, solemnly to protest our innocence of the crimes of which we are falsely accused. The lusts of the flesh, and the love of the world, are two fatal rocks on which people split; against these Job protests he was always careful to stand upon his guard.

He carefully avoided all sinful means of getting wealth. He avoided all forbidden profit as much as all forbidden pleasure. What we have in the world may be used with comfort, if honestly gotten. Without strict honestly and faithfulness in all our dealings, we can have no good evidence of true godliness.


“I made a covenant with my eyes
not to look lustfully at a young woman.

I'm a young Christian man, but I keep look at women lustfully. How can I stop?