The Breath Of The ALMIGHTY(= HOLY SPIRIT) Gives Us Understanding 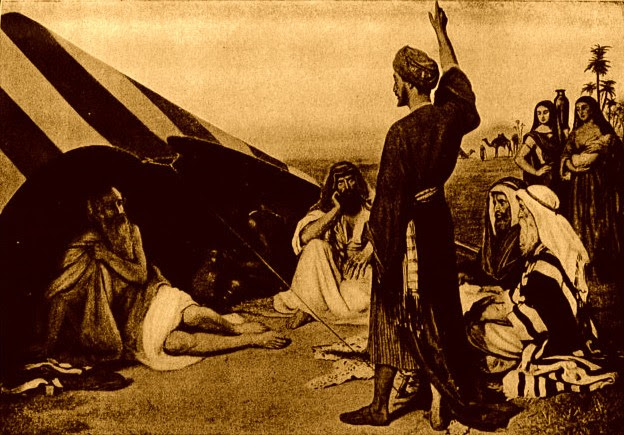 1So these three men stopped answering Job, because he was righteous in his own eyes. 2But Elihu son of Barakel the Buzite, of the family of Ram, became very angry with Job for justifying himself rather than GOD. 3He was also angry with the three friends, because they had found no way to refute Job, and yet had condemned him. 4Now Elihu had waited before speaking to Job because they were older than he. 5But when he saw that the three men had nothing more to say, his anger was aroused.

“I am young in years,
and you are old;
that is why I was fearful,
not daring to tell you what I know. 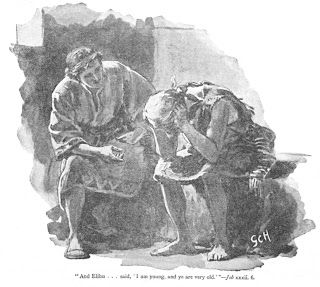 7I thought, ‘Age should speak;
advanced years should teach wisdom.’

8But It Is The SPIRIT in a person,
The Breath of The ALMIGHTY, That Gives them understanding.

9It is not only the oldc who are wise,
not only the aged who understand what is right.
10“Therefore I say: Listen to me;
I too will tell you what I know.
11I waited while you spoke,
I listened to your reasoning;
while you were searching for words,
12I gave you my full attention.
But not one of you has proved Job wrong;
none of you has answered his arguments.
13Do not say, ‘We have found wisdom;
Let GOD, not a man, Refute him.’
14But Job has not marshaled his words against me,
and I will not answer him with your arguments.
15“They are dismayed and have no more to say;
words have failed them.
16Must I wait, now that they are silent,
now that they stand there with no reply?
17I too will have my say;
I too will tell what I know.
18For I am full of words,
and The SPIRIT within me Compels me;
19inside I am like bottled-up wine,
like new wineskins ready to burst.
20I must speak and find relief;
I must open my lips and reply.
21I will show no partiality,
nor will I flatter anyone;
22for if I were skilled in flattery,
my Maker Would soon Take me Away.

The stage is clear, for Job and his three friends have sat down, and neither he nor they have anything more to say; it is therefore very seasonable for a moderator to interpose, and Elihu is the man. Elihu, the fourth, now spoke. His name אֱלִיהוּא Elihu signifies “My GOD Is HE.”

Despite minor differences, Eliphaz, Bildad, and Zophar have one view of the problem of Job's afflictions. He is a hypocrite. Outwardly good, he is, they hold, really a bad man. Otherwise, according to their conception of GOD, Job's sufferings would be unjust. Job, though himself the sufferer, will not accuse the Justice of GOD, and his self-defense is complete.

Before GOD he is guilty, helpless, and undone (Job 32:9). Later, his faith is rewarded by a revelation of a Coming REDEEMER, The MESSIAH and of the Resurrection (Job 32:19). But Eliphaz, Bildad, and Zophar are sinners also as Before GOD, and yet they are not afflicted. Job refutes the theory of the three that he is a secret sinner as against the common moralities, but the real problem, “Why are the righteous afflicted remains?” It is solved in the last chapter.

They had all tried in vain to convince Job, but Elihu can and will do it, and did it at last: He only can open the understanding. He is said to be a Buzite, from Buz, Nahor's second son (Gen. 22:21), and of the kindred of Ram, that is, Aram (so some), whence the Syrians or Aramites descended and were denominated, Gen. 22:21. Of the kindred of Abram; so the Chaldee-paraphrase, supposing him to be first called Ram-high, then Abram-a high father, and lastly Abraham-the high father of a multitude. Elihu was not so well known as the rest, and therefore is more particularly described thus.