CHRIST Is The Temple And The Living Water


The River From The Temple 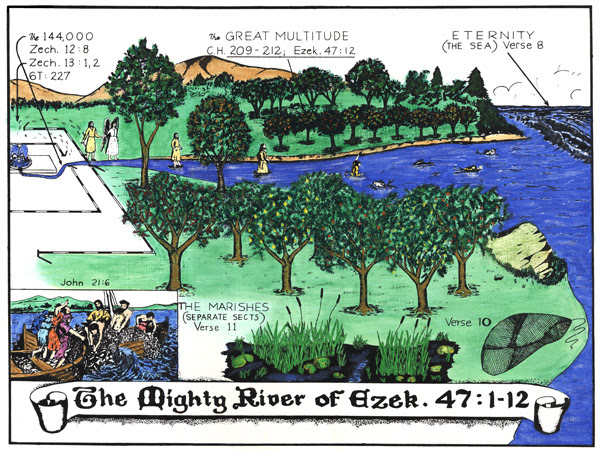 3As The Man Went eastward with a measuring line in His Hand, HE Measured off a thousand cubitsa and then Led me through water that was ankle-deep. 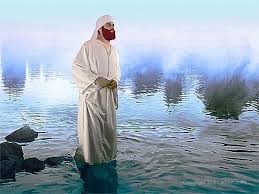 4HE Measured Off another thousand cubits and Led me through water that was knee-deep. 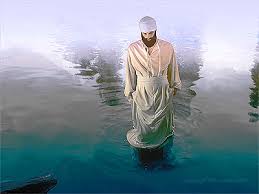 HE Measured Off another thousand and led me through water that was up to the waist. 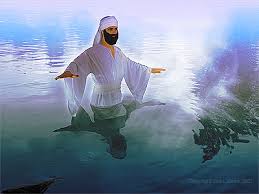 5HE Measured Off another thousand, but now it was a river that I could not cross, because the water had risen and was deep enough to swim in—a river that no one could cross. 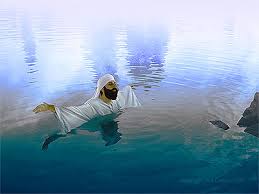 Then HE Led me Back to the bank of the river. 7When I arrived there, I saw a great number of trees on each side of the river. 8HE Said to me, “This water flows toward the eastern region and goes down into the Arabah,b where it enters the Dead Sea. When it empties into the sea, the salty water there becomes fresh.

9Swarms of living creatures will live wherever the river flows. There will be large numbers of fish, because this water flows there and makes the salt water fresh; so where the river flows everything will live.

10Fishermen will stand along the shore; from En Gedi to En Eglaim there will be places for spreading nets. The fish will be of many kinds—like the fish of the Mediterranean Sea. 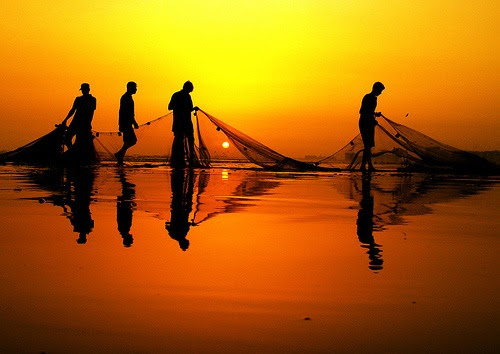 11But the swamps and marshes will not become fresh; they will be left for salt.

12 Fruit trees of all kinds will grow on both banks of the river. 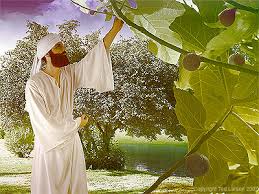 Their leaves will not wither, nor will their fruit fail. Every month they will bear fruit, because the water from The Sanctuary flows to them.

Their fruit will serve for food and their leaves for healing.” 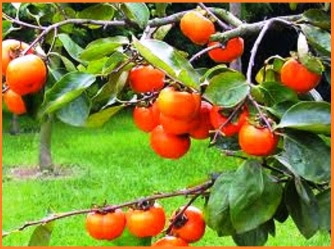 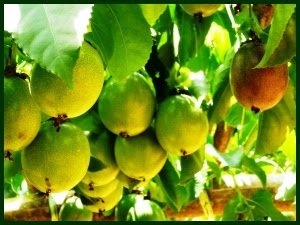 The Boundaries of the Land

13This Is What The Sovereign Lord Says:

“These are the boundaries of the land that you will divide among the twelve tribes of Israel as their inheritance, with two portions for Joseph. 14You are to divide it equally among them. Because I Swore with uplifted Hand To Give it to your ancestors, this land will become your inheritance.

15“This is to be the boundary of the land:

18“On the east side the boundary will run between Hauran and Damascus, along the Jordan between Gilead and the land of Israel, to the Dead Sea and as far as Tamar.e This will be the eastern boundary.

19“On the south side it will run from Tamar as far as the waters of Meribah Kadesh, then along the Wadi of Egypt to the Mediterranean Sea. This will be the southern boundary.

20“On the west side, the Mediterranean Sea will be the boundary to a point opposite Lebo Hamath. This will be the western boundary.

47:1-23 These waters signify the Gospel of CHRIST, which went forth from Jerusalem, and spread into the countries about; also the Gifts and Powers of The HOLY SPIRIT Which accompanied it, by virtue of which is spread far, and produced blessed effects.

CHRIST is The Temple; and HE Is The Door; from HIS The Living Waters flow, out of HIS Pierced Side. They are increasing waters. Observe the progress of The Gospel in the world, and the process of the work of grace in the heart; attend the motions of the blessed spirit under DIVINE Guidance.

If we search into the Things of GOD, we find some things plain and easy to be understood, as the waters that were but to the ankles; others more difficult, which require a deeper search, as the waters to the knees, or the loins; and some quite beyond our reach, which we cannot penetrate. It is our wisdom to begin with that which is most easy, before we proceed to that which is deep and hard to be understood.

The Promises of The Sacred WORD, and the privileges of believers, as shed abroad in their souls by The Quickening SPIRITt, abound where The Gospel is preached; they nourish and delight the souls of men; they never fade nor wither, nor are exhausted.

Even the leaves serve as medicines to the soul: the warnings and reproofs of The WORD, though less pleasant than Divine Consolations, tend to heal the diseases of the soul. All who believe in CHRIST, and are united to HIM by HIS Sanctifying SPIRIT, will share the privileges of Israelites. There is room in the church, and in heaven, for all who seek the blessings of that New Covenant of Which CHRIST Is Mediator.