Daniel - GOD Is My Judge

3Then the king ordered Ashpenaz, chief of his court officials, to bring into the king’s service some of the Israelites from the royal family and the nobility— 4young men without any physical defect, handsome, showing aptitude for every kind of learning, well informed, quick to understand, and qualified to serve in the king’s palace. He was to teach them the language and literature of the Babylonians.b5The king assigned them a daily amount of food and wine from the king’s table. They were to be trained for three years, and after that they were to enter the king’s service. 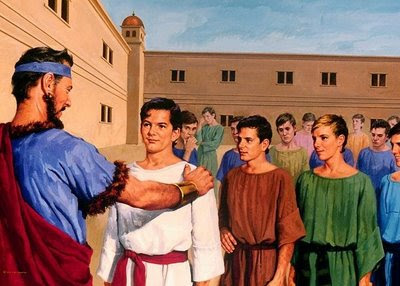 6Among those who were chosen were some from Judah: Daniel, Hananiah, Mishael and Azariah. 7The chief official gave them new names: to Daniel, the name Belteshazzar; to Hananiah, Shadrach; to Mishael, Meshach; and to Azariah, Abednego.

8But Daniel resolved not to defile himself with the royal food and wine, and he asked the chief official for permission not to defile himself this way. 9Now GOD Had Caused the official to show favor and compassion to Daniel, 10but the official told Daniel, “I am afraid of my lord the king, who has assigned yourc food and drink. Why should he see you looking worse than the other young men your age? The king would then have my head because of you.”

11Daniel then said to the guard whom the chief official had appointed over Daniel, Hananiah, Mishael and Azariah, 12“Please test your servants for ten days: Give us nothing but vegetables to eat and water to drink. 13Then compare our appearance with that of the young men who eat the royal food, and treat your servants in accordance with what you see.” 14So he agreed to this and tested them for ten days. 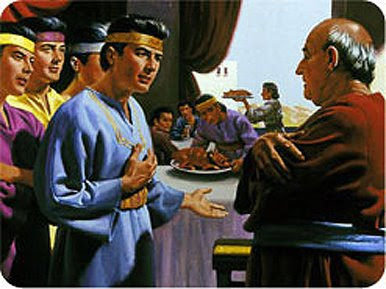 15At the end of the ten days they looked healthier and better nourished than any of the young men who ate the royal food. 16So the guard took away their choice food and the wine they were to drink and gave them vegetables instead.

17To these four young men GOD Gave knowledge and understanding of all kinds of literature and learning. And Daniel could understand visions and dreams of all kinds.

18At the end of the time set by the king to bring them into his service, the chief official presented them to Nebuchadnezzar. 19The king talked with them, and he found none equal to Daniel, Hananiah, Mishael and Azariah; so they entered the king’s service. 20In every matter of wisdom and understanding about which the king questioned them, he found them ten times better than all the magicians and enchanters in his whole kingdom.

21And Daniel remained there until the first year of King Cyrus. 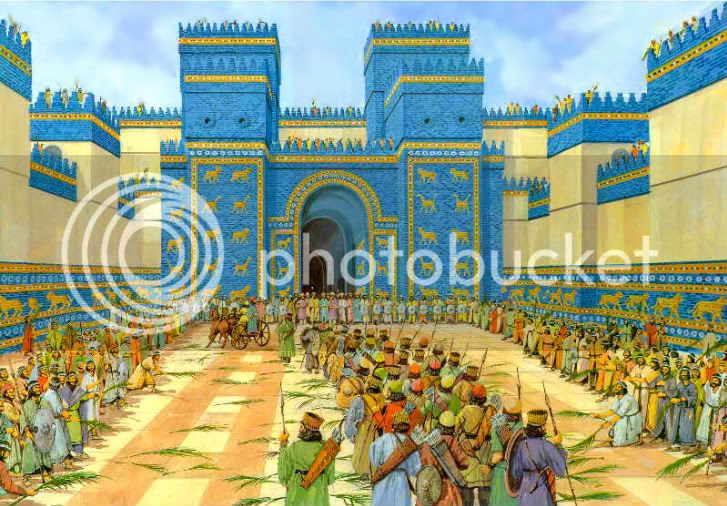 (KING CYRUS OF PERSIA, ENTERS BABYLON AS A CONQUERING LIBERATOR)

The Person of the Prophet

The Contents and Arrangement of the Book of Daniel

The book begins Daniel 1 with the account of Daniel's being carried away to Babylon, his appointment and education for the service of the court of the Chaldean king by a three years' course of instruction in the literature and wisdom of the Chaldeans, and his entrance on service in the king's palace. This narrative, by its closing (Daniel 1:21) statement that Daniel continued in this office till the first year of king Cyrus, and still more by making manifest his firm fidelity to the law of The True GOD and his higher enlightenment in the meaning of dreams and visions granted to him on account of this fidelity, as well as by the special mention of his three like-minded friends, is to be regarded as a historico-biographical introduction to the book, showing how Daniel, under the Divine Guidance, was prepared, along with his friends, for that calling in which, as prophet at the court of the rulers of the world, he might bear testimony to the omnipotence and the infallible Wisdom of The GOD of Israel.

This testimony is given in the following book.

Daniel 2 contains a remarkable dream of Nebuchadnezzar, which none of the Chaldean wise men could tell to the king or interpret. But GOD Made it known to Daniel in answer to prayer, so that he could declare and explain to the king the visions he saw in his dream, representing the four great world-powers, and their destruction by the Everlasting KINGDOM of GOD.

Daniel 3 describes the wonderful deliverance of Daniel's three friends from the burning fiery furnace into which they were thrown, because they would not bow down to the golden image which Nebuchadnezzar had set up.

Daniel 4 (in Heb. text 3:31-4:34) contains an edict promulgated by Nebuchadnezzar to all the peoples and nations of his kingdom, in which he made known to them a remarkable dream which had been interpreted to him by Daniel, and its fulfillment to him in his temporary derangement, - a beast's heart having been given unto him as a punishment for his haughty self-deification, - and his recovery from that state in consequence of his humbling himself under The Hand of The ALMIGHTY GOD.

Daniel 4 makes mention of a wonderful handwriting which appeared on the wall during a riotous feast, and which king Belshazzar saw, and the interpretation of it by Daniel. Daniel 6 narrates Daniel's miraculous deliverance from the den of lions into which the Median king Darius had thrown him, because he had, despite of the king's command to the contrary, continued to pray to his GOD.

The remaining chapters contain visions and Divine Revelations regarding the development of the world-powers and of The KINGDOM of GOD vouchsafed to Daniel. The seventh sets forth a vision, in which, under the image of four ravenous beasts rising up out of the troubled sea, are represented the four world-powers following one another.

The Judgment which would fall upon them is also revealed. The eighth contains a vision of the Medo-Persian and Greek world-powers under the image of a ram and a male-goat respectively, and of the enemy and desolater of The Sanctuary and of the people of GOD arising out of the last named kingdom; the ninth, the revelation of the seventy weeks appointed for the development and the completion of The KINGDOM of GOD, which Daniel received in answer to earnest prayer for the pardon of his people and the restoration of Jerusalem.