JEHOVAH Bears Long, But Not Always

Locusts, Fire and a Plumb Line

1This Is What The SOVEREIGN LORD Showed me:


HE Was Preparing swarms of locusts after the king’s share had been harvested and just as the late crops were coming up. 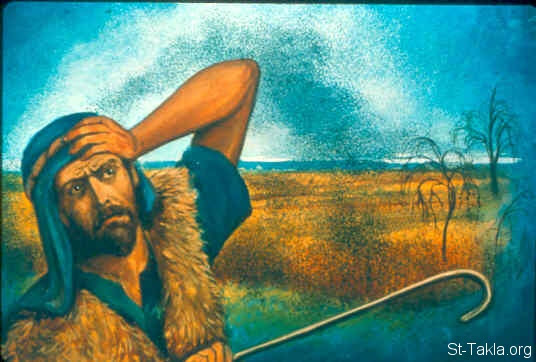 2When they had stripped the land clean, I cried out,

“SOVEREIGN LORD, Forgive! How can Jacob survive? He is so small!”


3So The LORD Relented.

“This will not happen,” The LORD Said.

4This Is What The SOVEREIGN LORD Showed me:


The SOVEREIGN LORD Was Calling for judgment by fire; it dried up the great deep and devoured the land. 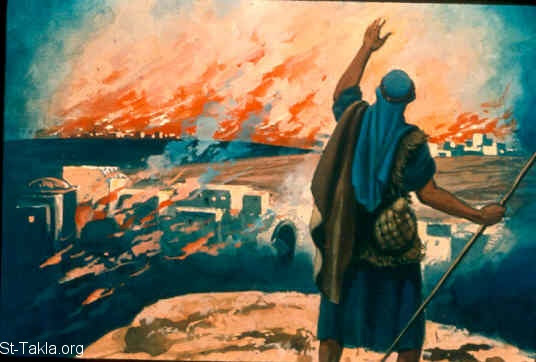 5Then I cried out,

“SOVEREIGN LORD, I beg you, Stop! How can Jacob survive? He is so small!”

6So The Lord Relented.

“This will not happen either,” The LORD Said.

7This Is What HE Showed me:


The Lord Was Standing by a wall that had been built true to plumb,a with a plumb lineb in His Hand. 8And The LORD Asked me, 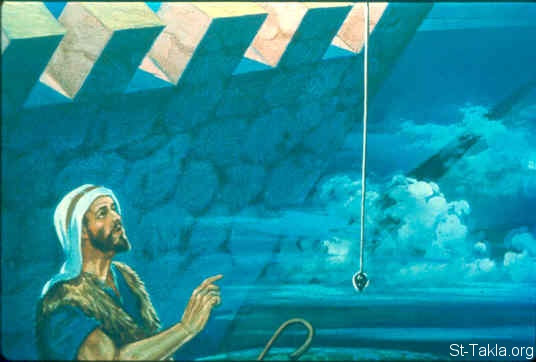 Then The LORD said,

“Look, I AM Setting a plumb line among MY people Israel; I Will Spare them no longer. 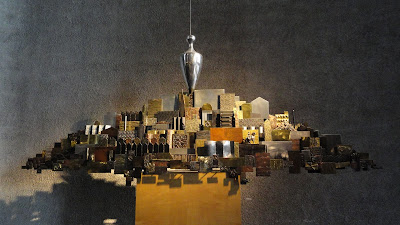 9“The high places of Isaac will be destroyed
and the sanctuaries of Israel will be ruined;
with My Sword I Will Rise Against the house of Jeroboam.” 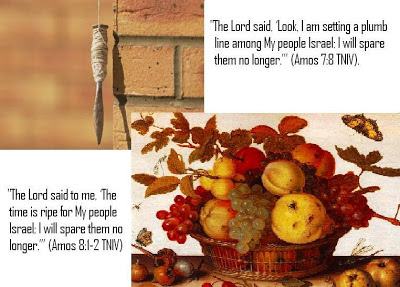 
10Then Amaziah the priest of Bethel sent a message to Jeroboam king of Israel: “Amos is raising a conspiracy against you in the very heart of Israel. The land cannot bear all his words.

11For this is what Amos is saying:

“ ‘Jeroboam will die by the sword,
and Israel will surely go into exile,
away from their native land.’ ”

12Then Amaziah said to Amos, “Get out, you seer! Go back to the land of Judah. Earn your bread there and do your prophesying there. 13Don’t prophesy anymore at Bethel, because this is the king’s sanctuary and the temple of the kingdom.”

14Amos answered Amaziah, “I was neither a prophet nor the son of a prophet, but I was a shepherd, and I also took care of sycamore-fig trees. 15But The LORD Took me from tending the flock and Said To me, 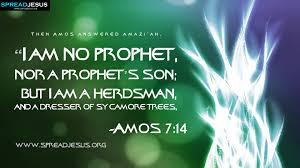 ‘Go, Prophesy to MY people Israel.’

16Now then, Hear The WORD of The LORD. You say,

“ ‘Do not prophesy against Israel,
and stop preaching against the descendants of Isaac.’

17“Therefore This Is What The LORD Says:

“ ‘Your wife will become a prostitute in the city,
and your sons and daughters will fall by the sword.
Your land will be measured and divided up,
and you yourself will die in a pagan country.
And Israel will surely go into exile,
away from their native land.’ ”

GOD Bears long, but HE Will Not Bear always with a provoking people.

The remembrance of the mercies we formerly received, like the produce of the earth of the former growth, should make us submissive to The Will of GOD, when we meet with disappointments in the latter growth.

The LORD Has many ways of humbling a sinful nation. Whatever trouble we are under, we should be most earnest with GOD for the forgiveness of sin. Sin will soon make a great people small. What will become of Israel, If The Hand that should raise him be stretched out against him?

See the power of prayer. See what a blessing praying people are to a land. See how ready, how swift GOD Is To Show Mercy; how HE Waits To Be Gracious. Israel was a wall, a strong wall, which GOD HIMSELF Reared as a defense to HIS Sanctuary. The LORD now Seems To Stand Upon this wall. HE Measures it; it appears to be a bowing, bulging wall.

Thus GOD Would Bring the people of Israel to the trial, Would Discover their wickedness; and the time will come, when those who have been spared often, shall be spared no longer. But The LORD Still Calls Israel HIS people.

The repeated prayer and success of the prophet should lead us to seek The SAVIOR JESUS.