JEHOVAH Says, "MY People Are Destroyed From Lack Of Knowledge"


The Charge Against Israel

1Hear The WORD of The LORD, you Israelites,
because The LORD Has A Charge To Bring
Against you who live in the land:

“There is no faithfulness, no love,
no acknowledgment of GOD in the land.
2There is only cursing,a lying and murder,
stealing and adultery;
they break all bounds,
and bloodshed follows bloodshed.
3Because of this the land dries up,
and all who live in it waste away;
the beasts of the field, the birds in the sky
and the fish in the sea are swept away.

4“But let no one bring a charge,
let no one accuse another,
for your people are like those
who bring charges against a priest.
5You stumble day and night,
and the prophets stumble with you.
So I will destroy your mother—
6 MY people are destroyed from lack of Knowledge. 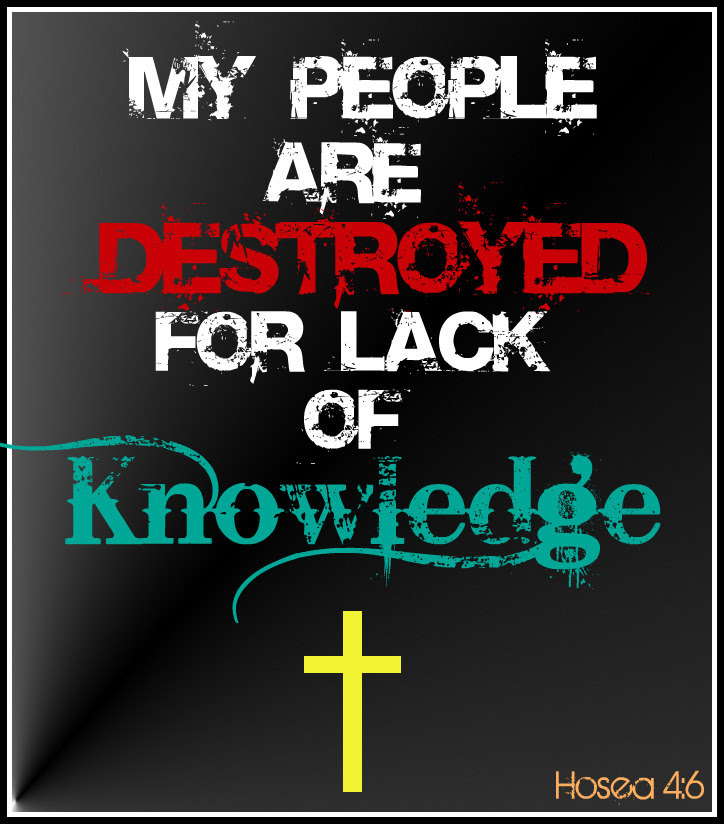 “Because you have rejected Knowledge,
I also reject you as MY priests;
because you have ignored the Law of your GOD,
I Also Will Ignore your children.
7The more priests there were,
the more they sinned against ME;
they exchanged their Glorious GOD for something disgraceful.
8They feed on the sins of MY people
and relish their wickedness.
9And it will be: Like people, like priests.
I Will Punish both of them for their ways
and Repay them for their deeds.
10“They will eat but not have enough;
they will engage in prostitution but not flourish,
because they have deserted The LORD
to give themselves
11to prostitution;
old wine and new wine
take away their understanding. 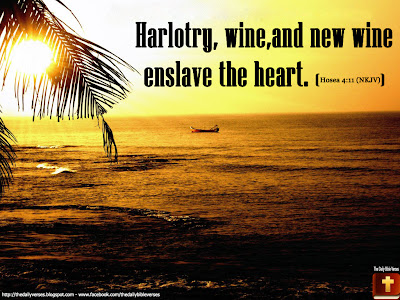 12MY people consult a wooden idol,
and a diviner’s rod speaks to them.
A spirit of prostitution leads them astray;
they are unfaithful to their GOD.
13They sacrifice on the mountaintops
and burn offerings on the hills,
under oak, poplar and terebinth,
where the shade is pleasant.
Therefore your daughters turn to prostitution
and your daughters-in-law to adultery.
14“I Will Not Punish your daughters
when they turn to prostitution,
nor your daughters-in-law
when they commit adultery,
because the men themselves consort with harlots
and sacrifice with shrine prostitutes—
a people without understanding will come to ruin!
15“Though you, Israel, commit adultery,
do not let Judah become guilty.
“Do not go to Gilgal;
do not go up to Beth Aven.c
And do not swear, ‘As Surely As The LORD Lives!’
16The Israelites are stubborn,
like a stubborn heifer.
How Then Can The LORD Pasture them
like lambs in a meadow?

17Ephraim is joined to idols;
leave him alone!
18Even when their drinks are gone,
they continue their prostitution;
their rulers dearly love shameful ways.
19A whirlwind will sweep them away,
and their sacrifices will bring them shame.

The prophet charges his people with their enormous sins, Hosea 4:1, Hosea 4:2; in consequence of which they are threatened with heavy Judgments, Hosea 4:3-5. GOD HIMSELF Is Then Introduced Complaining of the ignorance and obstinacy of Israel; and as their priests had a large share in the common guilt, it is declared that they shall be visited with a proportional share of the common ruin, Hosea 4:6-11.

The sins of idolatry and divination are then particularly reproved, Hosea 4:12-14; and Judah admonished to beware of these sins, which would leave her rebellious sister Israel helpless and desolate as a lamb in a desert, Hosea 4:15, Hosea 4:16.

In the remaining verses the style is varied, but the subject is the same. Ephraim is given up to idolatry, and the necessary consequence declared to be a bitter drought! Immediately we see him bound in the wings of a mighty tempest, and driven as chaff before the wind, either to destruction or captivity, Hosea 4:17-19.