1The words of Amos, one of the shepherds of Tekoa—the vision he saw concerning Israel two years before the earthquake, when Uzziah was king of Judah and Jeroboam son of Jehoasha was king of Israel. 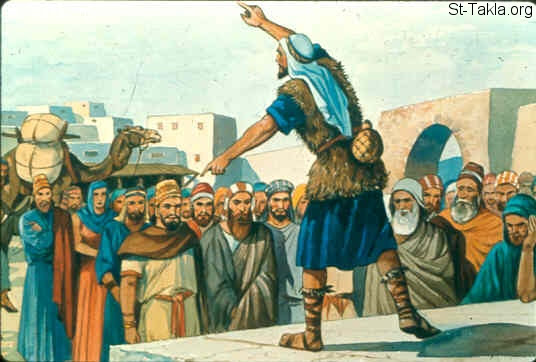 “The LORD Roars from Zion
and Thunders from Jerusalem;
the pastures of the shepherds dry up,
and the top of Carmel withers.”

3This Is What The LORD Says:

“For three sins of Damascus,
even for four, I Will Not Relent. 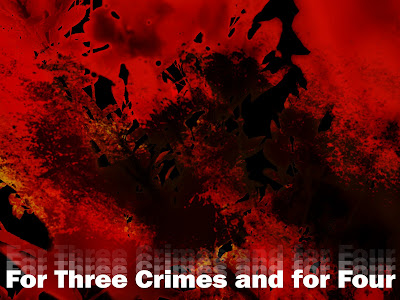 Because she threshed Gilead
with sledges having iron teeth,
4I Will Send fire on the house of Hazael
that will consume the fortresses of Ben-Hadad.
5I Will Break Down the gate of Damascus;
I Will Destroy the king who is inb the Valley of Avenc
and the one who holds the scepter in Beth Eden.
The people of Aram will go into exile to Kir,”

6This Is What The LORD Says:

“For three sins of Gaza,
even for four, I Will Not Relent.

Because she took captive whole communities
and sold them to Edom,
7I Will Send fire on the walls of Gaza
that will consume her fortresses.
8I Will Destroy the kingd of Ashdod
and the one who holds the scepter in Ashkelon.
I Will Turn MY Hand against Ekron,
till the last of the Philistines are dead,”

9This Is What The LORD Says:

“For three sins of Tyre,
even for four, I Will Not Relent.
Because she sold whole communities of captives to Edom,
disregarding a treaty of brotherhood,
10I Will Send fire on the walls of Tyre
that will consume her fortresses.” 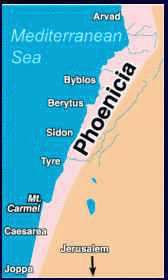 11This Is What The LORD Says:

“For three sins of Edom,
even for four, I Will Not Relent.

Because he pursued his brother with a sword
and slaughtered the women of the land,
because his anger raged continually
and his fury flamed unchecked,
12I Will Send fire on Teman
that will consume the fortresses of Bozrah.”

13This Is What The LORD Says:

“For three sins of Ammon,
even for four, I Will Not Relent.
Because he ripped open the pregnant women of Gilead
in order to extend his borders,
14I Will Set fire to the walls of Rabbah
that will consume her fortresses
amid war cries on the day of battle,
amid violent winds on a stormy day.
15Her kinge will go into exile,
he and his officials together,” 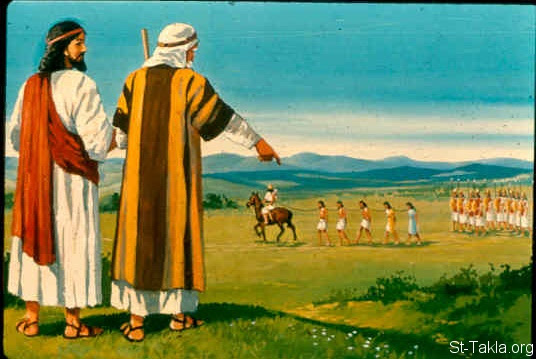 
The Book of Amos


This book in the Hebrew Bibles is called "Sepher Amos", the Book of Amos.

This is not the same person with the father of Isaiah, as some have ignorantly confounded them; for their names are wrote with different letters; besides, the father of Isaiah is thought to have been of the royal family, and a courtier; whereas this man was a country farmer and herdsman. His name signifies "burdened because his prophecies were burdens to the people, such as they could not bear, being full of reproofs and threatening.

What time he lived may be learned from Amos 1:1; by which it appears that he was, contemporary with Isaiah and Hosea; but whether he lived and prophesied so long as they did is not certain.

From some passages in his prophecy, he appears to be of the land of Judah; see Amos 1:1; though he prophesied in the land of Israel, and against the ten tribes chiefly; the occasion of which was, Jeroboam had been very successful and victorious, and the people under him enjoyed great plenty and prosperity, and upon this grew wanton, luxurious, and very sinful; wherefore this prophet was sent to reprove them for their sins, to exhort them to repentance, and threaten them with captivity, in case of impenitence; and to comfort the truly godly with promises of the MESSIAH'S Coming and KINGDOM.

This chapter begins with the general title of the book, in which the author is described by name, and by his condition of life, and by his country, and the time of his prophecy fixed, Amos 1:1. He first foretells a drought in the land of Israel, in the most fruitful places, which would cause mourning among the shepherds, Amos 1:2; then the captivity of the Syrians, whose metropolis was Damascus, Amos 1:3.

Next the destruction of the Philistines, whose principal cities were Gaza, Ashdod, Askelon, and Ekron, Amos 1:6. After that the ruin of Tyre, with the reason of it, Amos 1:9; then the calamities that should come upon Edom, whose chief places were Teman and Bozrah,Amos 1:11; and lastly the desolations of the Ammonites, whose metropolis, Rabbah, should be destroyed, and their king and princes go into captivity, Amos 1:13; and all this for the sins of each of these nations.