Jerusalem As A Cooking Pot


Jerusalem as a Cooking Pot


1In the ninth year, in the tenth month on the tenth day, The WORD of The LORD Came To me: 2“Son of man, record this date, this very date, because the king of Babylon has laid siege to Jerusalem this very day. 3Tell this rebellious people a parable and say to them:

“ ‘Put on the cooking pot; put it on
and pour water into it.
4Put into it the pieces of meat,
all the choice pieces—the leg and the shoulder.
Fill it with the best of these bones;
5take the pick of the flock.
Pile wood beneath it for the bones;
bring it to a boil
and cook the bones in it. 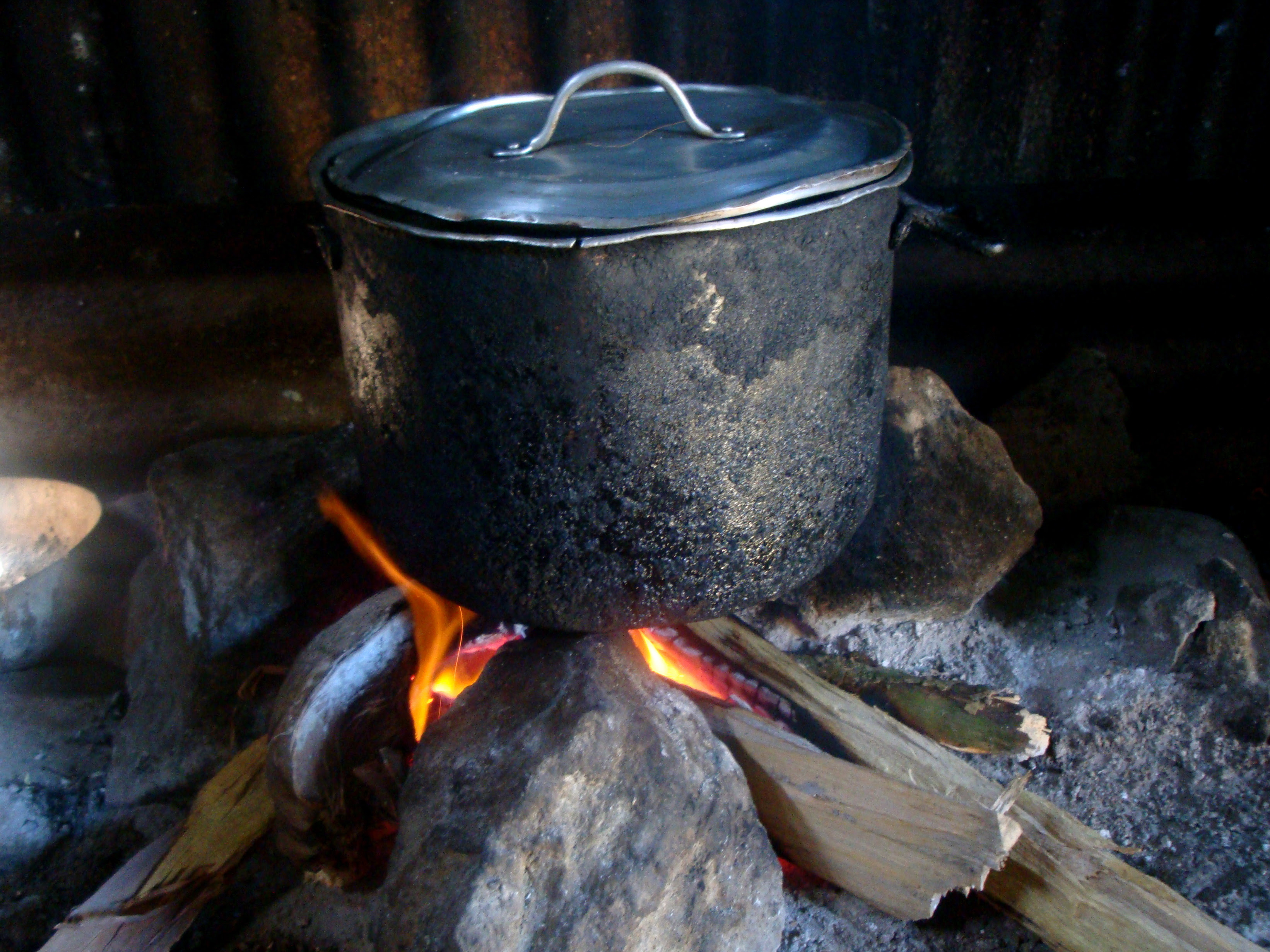 6“ ‘For This Is What The SOVEREIGN LORD Says:

“ ‘Woe to the city of bloodshed,
to the pot now encrusted,
whose deposit will not go away!
Take the meat out piece by piece
in whatever order it comes.
7“ ‘For the blood she shed is in her midst:
She poured it on the bare rock;
she did not pour it on the ground,
where the dust would cover it.
8To stir up wrath and take revenge
I put her blood on the bare rock,
so that it would not be covered.

9“ ‘Therefore This Is What The SOVEREIGN LORD Says:

“ ‘Woe to the city of bloodshed!
I, Too, Will Pile the wood high.
10So heap on the wood
and kindle the fire.
Cook the meat well,
mixing in the spices;
and let the bones be charred.
11Then set the empty pot on the coals
till it becomes hot and its copper glows,
so that its impurities may be melted
and its deposit burned away.
12It has frustrated all efforts;
its heavy deposit has not been removed,
not even by fire. 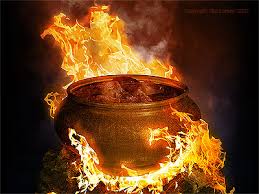 14“ ‘I The LORD Have Spoken. The time has come for ME to Act. I Will Not Hold Back; I Will Not Have Pity, nor Will I Relent. You will be judged according to your conduct and your actions, Declares The Sovereign Lord.’ ”

16 “Son of man, with one blow I AM About To Take Away from you the delight of your eyes. Yet do not lament or weep or shed any tears. 17 Groan quietly; do not mourn for the dead. Keep your turban fastened and your sandals on your feet; do not cover your mustache and beard or eat the customary food of mourners.”

18 So I spoke to the people in the morning, and in the evening my wife died. The next morning I did as I had been commanded. 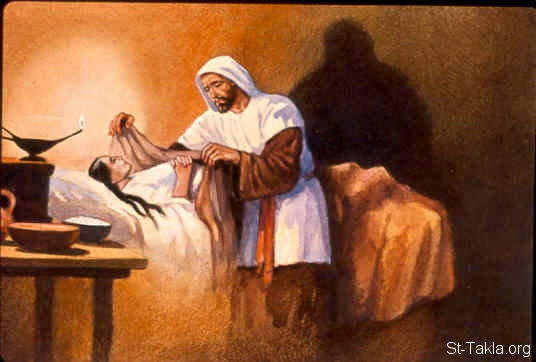 19Then the people asked me, “Won’t you tell us what these things have to do with us? Why are you acting like this?”

I AM About To Desecrate MY Sanctuary—the stronghold in which you take pride, the delight of your eyes, the object of your affection. The sons and daughters you left behind will fall by the sword. 22And you will do as I have done. You will not cover your mustache and beard or eat the customary food of mourners. 23You will keep your turbans on your heads and your sandals on your feet. You will not mourn or weep but will waste away because of your sins and groan among yourselves. 24Ezekiel will be a sign to you; you will do just as he has done.


When this happens, you will know that I AM The SOVEREIG LORD.’

25“And you, son of man, on the day I take away their stronghold, their joy and glory, the delight of their eyes, their heart’s desire, and their sons and daughters as well— 26on that day a fugitive will come to tell you the news. 27At that time your mouth will be opened; you will speak with him and will no longer be silent.

So you will be a sign to them, and they will know that I AM The LORD.”

Is this chapter the destruction of the city and Temple of Jerusalem is prophesied of; the former under the parable of a boiling pot; the latter is represented by the sudden death of Ezekiel's wife.

The time of this prophecy was that very day the king of Babylon began the siege of Jerusalem (588 B.C.) Ezekiel 24:1, the parable of the boiling pot, Ezekiel 24:3, the explanation and application of it to the city of Jerusalem, Ezekiel 24:6, the prophet is told of the death of his wife, and told  not to mourn for her death, Ezekiel 24:15, upon the people's inquiring what these things meant, he informs them that hereby was signified the profanation of The Temple; and that their distress should be so great, that they should not use any set forms of mourning, but pine away and die, Ezekiel 24:19.

And the chapter is closed with assuring the prophet, that the day these things should come to pass, a messenger should be sent him, to whom he should open his mouth, and be no more silent, Ezekiel 24:25.