JESUS THE WORD Became Flesh And Dwelt Among Us 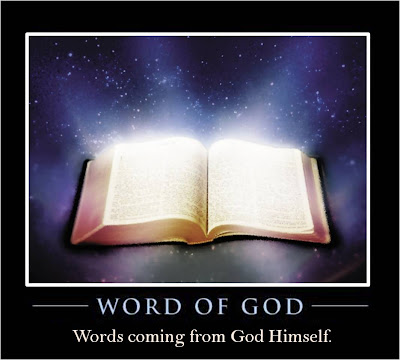 3Through HIM all things were made; without HIM nothing was made that has been made. 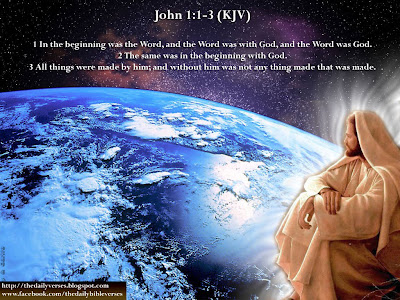 4In HIM Was Life, and that Life Was The Light of all mankind.  5The Light Shines in the darkness, and the darkness has not overcome it. 6There was a man sent from GOD whose name was John. 7He came as a witness to testify concerning that Light, so that through him all might believe. 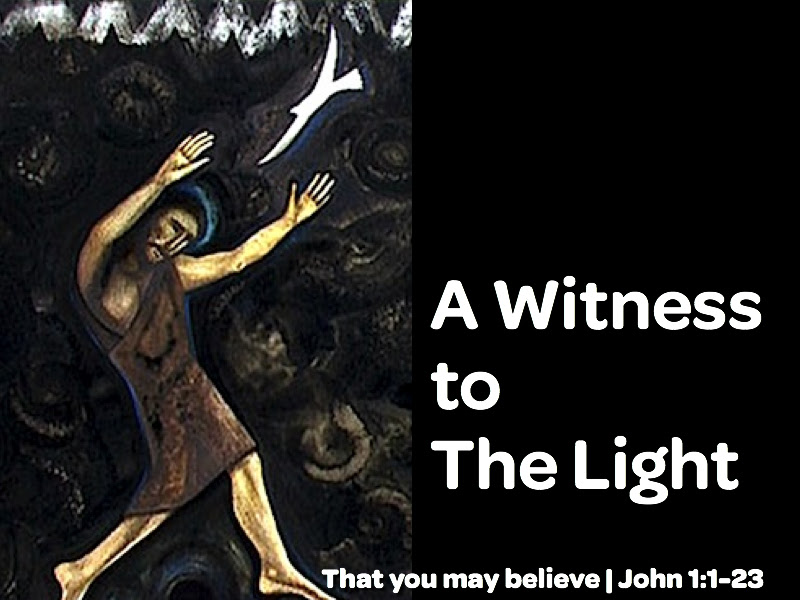 8He himself was not the Light; he came only as a witness to the Light.

9The True Light that Gives Light to everyone Was Coming into the world.

10HE Was in the world, and though the world was made through HIM, the world did not recognize HIM. 11HE Came to that which was HIS OWN, but HIS OWN did not receive HIM. 12Yet to all who did receive HIM, to those who believed in HIS Name, HE Gave the right to become children of GOD— 13children born not of natural descent, nor of human decision or a husband’s will, but born of GOD.

14The WORD Became Flesh and Made HIS Dwelling among us. 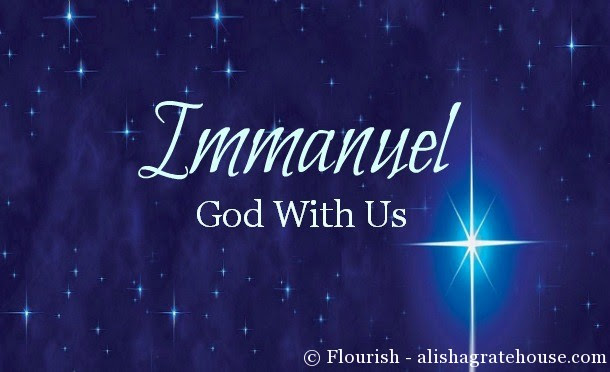 We have seen HIS Glory, The Glory of The ONE and Only SON, WHO Came from The FATHER, full of Grace and Truth.

15(John testified concerning HIM. He cried out, saying, “This Is The ONE I spoke about when I said, ‘HE WHO Comes after me Has Surpassed me because HE Was before me.’ ”) 16Out of HIS Fullness we have all received Grace in place of Grace already given. 17For the Law was given through Moses; Grace and Truth Came through JESUS CHRIST.

18No one has ever seen GOD, but The ONE and ONLY SON, WHO Is HIMSELF GOD and Is in closest relationship with The FATHER, Has Made HIM Known.


John the Baptist Denies Being the MESSIAH


19Now this was John’s testimony when the Jewish leadersc in Jerusalem sent priests and Levites to ask him who he was. 20He did not fail to confess, but confessed freely, “I am not The MESSIAH.”

“Are you the Prophet?”

22Finally they said, “Who are you? Give us an answer to take back to those who sent us. What do you say about yourself?”

23John replied in the words of Isaiah the prophet,

“I am the voice of one calling in the wilderness, ‘Make straight the Way for The Lord.’ ”

24Now the Pharisees who had been sent 25questioned him, “Why then do you baptize if you are not The MESSIAH, nor Elijah, nor the Prophet?”

26“I baptize with water,” John replied, “but among you Stands ONE you do not know. 27HE Is The ONE WHO Comes after me, the straps of Whose Sandals I am not worthy to untie.”

28This all happened at Bethany on the other side of the Jordan, where John was baptizing.

29The next day John saw JESUS Coming toward him and said,


“Look, The Lamb of GOD, Who Takes Away the sin of the world! 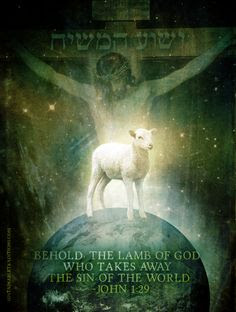 30This Is The ONE I meant when I said, ‘A Man WHO Comes after me Has Surpassed me because HE Was before me.’ 31I myself did not know HIM, but the reason I came baptizing with water was that HE Might Be Revealed to Israel.”

32Then John gave this testimony:

35The next day John was there again with two of his disciples. 36When he saw JESUS Passing By, he said,

37When the two disciples heard him say this, they followed JESUS. 38Turning around, JESUS Saw them following and asked, “What do you want?” They said, “Rabbi” (which means “Teacher”), “where are YOU Staying?”

So they went and saw where HE Was Staying, and they spent that day with HIM. It was about four in the afternoon.

40Andrew, Simon Peter’s brother, was one of the two who heard what John had said and who had followed JESUS. 41The first thing Andrew did was to find his brother Simon and tell him, “We have found The MESSIAH” (that is, The CHRIST). 42And he brought him to JESUS. JESUS Looked At him and Said, “You are Simon son of John. You will be called Cephas” (which, when translated, is Peter ).


43The next day JESUS Decided To Leave for Galilee. Finding Philip, HE Said to him, “Follow ME.”

44Philip, like Andrew and Peter, was from the town of Bethsaida. 45Philip found Nathanael and told him, “We have found The ONE Moses wrote about in the Law, and about Whom the prophets also wrote—JESUS of Nazareth, the son of Joseph.”

46“Nazareth! Can anything good come from there?” Nathanael asked.
“Come and see,” said Philip.

47When JESUS Saw Nathanael approaching, HE Said of him, “Here truly is an Israelite in whom there is no deceit.”

48“How do you know me?” Nathanael asked.

JESUS Answered, “I Saw you while you were still under the fig tree before Philip called you.”

50JESUS Said, “You believe because I Told you I Saw you under the fig tree. You will see greater things than that.”


“Very truly I Tell you, you will see Heaven open, and the angels of GOD ascending and descending on’ The SON of Man.”