Upon Encountering JESUS, Saul(=Paul) Preaches JESUS Is The SON Of GOD

1Meanwhile, Saul was still breathing out murderous threats against The LORD'S disciples. He went to the high priest 2and asked him for letters to the synagogues in Damascus, so that if he found any there who belonged to The Way, whether men or women, he might take them as prisoners to Jerusalem. 3As he neared Damascus on his journey, suddenly a light from heaven flashed around him. 4He fell to the ground and heard a Voice Say to him,

“Saul, Saul, why do you persecute ME?” 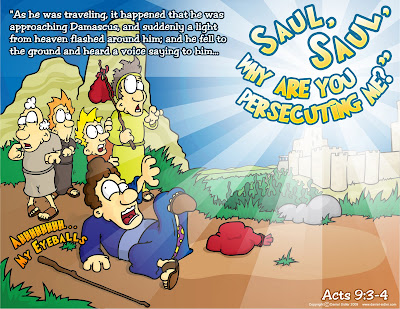 “I AM JESUS, WHOM you are persecuting,” HE Replied. 6“Now get up and go into the city, and you will be told what you must do.” 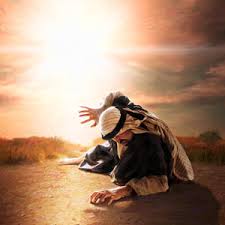 7The men traveling with Saul stood there speechless; they heard the sound but did not see anyone.8Saul got up from the ground, but when he opened his eyes he could see nothing. So they led him by the hand into Damascus. 9For three days he was blind, and did not eat or drink anything.

10In Damascus there was a disciple named Ananias. The LORD called to him in a vision, “Ananias!”

11The LORD Told him,

“Go to the house of Judas on Straight Street and ask for a man from Tarsus named Saul, for he is praying. 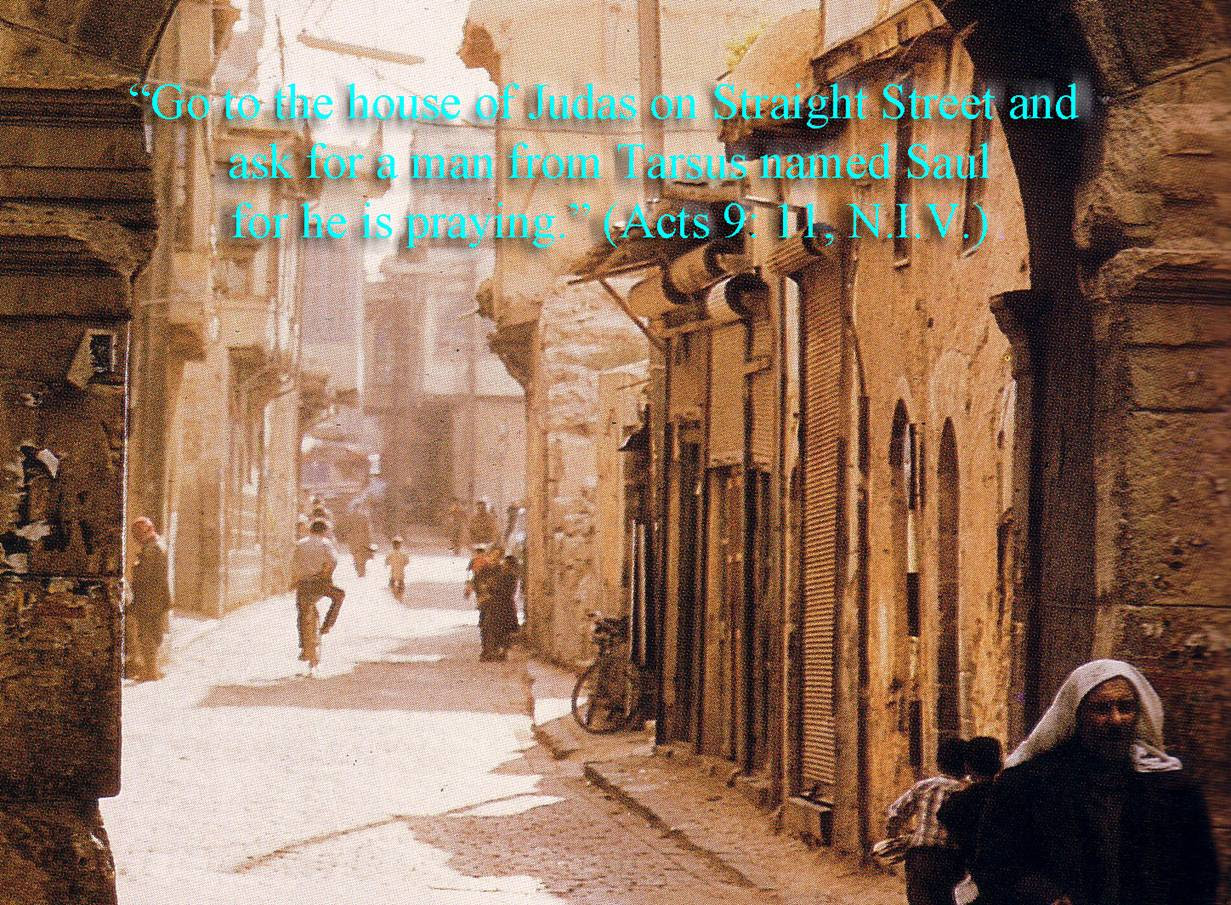 12 In a vision he has seen a man named Ananias come and place his hands on him to restore his sight.” 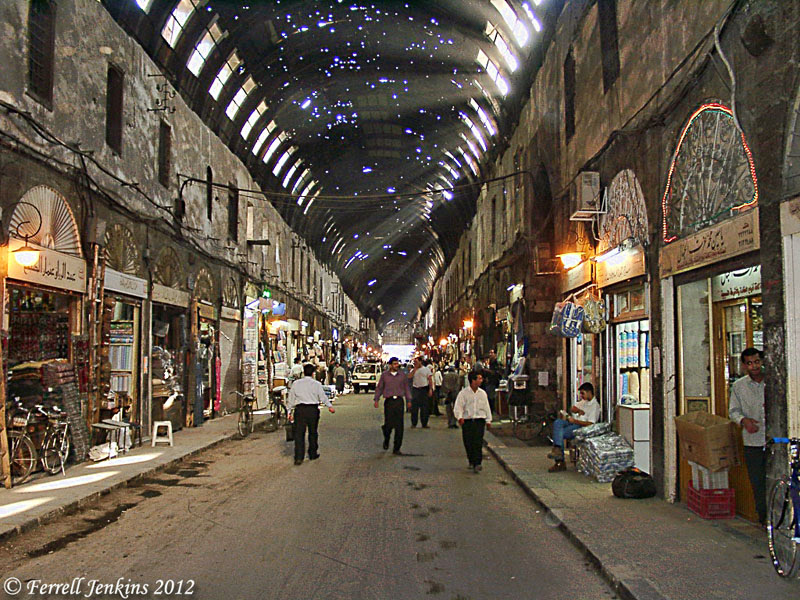 13“LORD,” Ananias answered, “I have heard many reports about this man and all the harm he has done to YOUR holy people in Jerusalem. 14And he has come here with authority from the chief priests to arrest all who call on YOUR Name.”

15But The LORD Said to Ananias,

“Go! This man is MY chosen instrument to proclaim MY Name to the Gentiles and their kings and to the people of Israel. 16I Will Show him how much he must suffer for MY Name.”

17Then Ananias went to the house and entered it. Placing his hands on Saul, he said, “Brother Saul, The LORD—JESUS, WHO Appeared to you on the road as you were coming here—Has Sent me so that you may see again and be filled with The HOLY SPIRIT.”

18Immediately, something like scales fell from Saul’s eyes, and he could see again. He got up and was baptized, 19and after taking some food, he regained his strength.


Saul in Damascus and Jerusalem

Saul spent several days with the disciples in Damascus. 20At once he began to preach in the synagogues that

JESUS Is The SON of GOD.


21All those who heard him were astonished and asked, “Isn’t he the man who raised havoc in Jerusalem among those who call on This Name? And hasn’t he come here to take them as prisoners to the chief priests?” 22Yet Saul grew more and more powerful and baffled the Jews living in Damascus by proving that

JESUS Is The MESSIAH.

23After many days had gone by, there was a conspiracy among the Jews to kill him, 24but Saul learned of their plan. Day and night they kept close watch on the city gates in order to kill him. 25But his followers took him by night and lowered him in a basket through an opening in the wall. 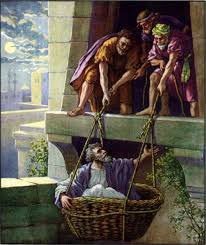 26When he came to Jerusalem, he tried to join the disciples, but they were all afraid of him, not believing that he really was a disciple. 27But Barnabas took him and brought him to the apostles. He told them how Saul on his journey had seen The LORD and that The LORD Had Spoken to him, and how in Damascus he had preached fearlessly in The Name of JESUS. 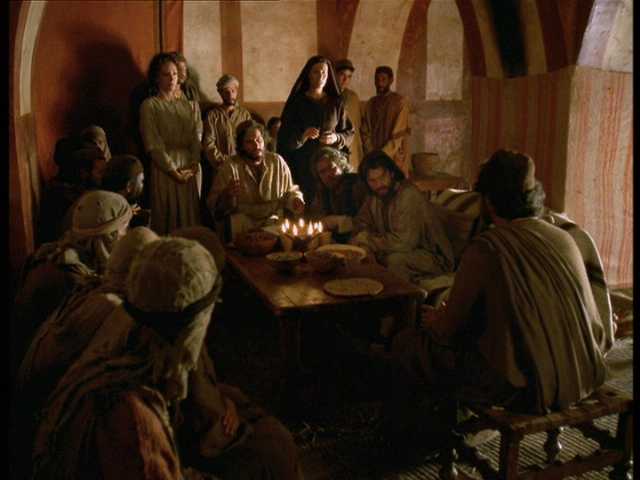 28So Saul stayed with them and moved about freely in Jerusalem, speaking boldly in The Name of The LORD. 29He talked and debated with the Hellenistic Jews,a but they tried to kill him. 30When the believers learned of this, they took him down to Caesarea and sent him off to Tarsus.

31Then the church throughout Judea, Galilee and Samaria enjoyed a time of peace and was strengthened. Living in The Fear of The LORD and encouraged by The HOLY SPIRIT, it increased in numbers.


32As Peter traveled about the country, he went to visit The LORD'S people who lived in Lydda. 33There he found a man named Aeneas, who was paralyzed and had been bedridden for eight years.

“JESUS CHRIST Heals you. Get up and roll up your mat.”


Immediately Aeneas got up. 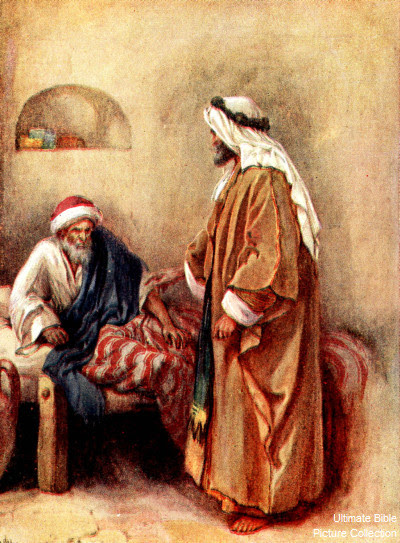 35All those who lived in Lydda and Sharon saw him and turned to The LORD.

36In Joppa there was a disciple named Tabitha (in Greek her name is Dorcas); she was always doing good and helping the poor. 37About that time she became sick and died, and her body was washed and placed in an upstairs room. 38Lydda was near Joppa; so when the disciples heard that Peter was in Lydda, they sent two men to him and urged him, “Please come at once!”

39Peter went with them, and when he arrived he was taken upstairs to the room. All the widows stood around him, crying and showing him the robes and other clothing that Dorcas had made while she was still with them.

40Peter sent them all out of the room; then he got down on his knees and prayed. Turning toward the dead woman, he said,


She opened her eyes, and seeing Peter she sat up. 41He took her by the hand and helped her to her feet. Then he called for the believers, especially the widows, and presented her to them alive. 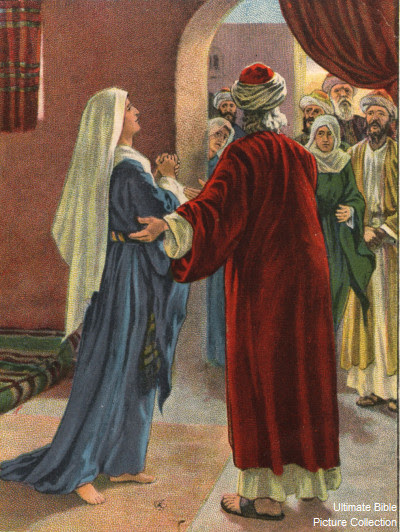 42This became known all over Joppa, and many people believed in The LORD. 43 Peter stayed in Joppa for some time with a tanner named Simon.